Skip navigation!
Story from Entertainment
We have a lot of strong opinions around here. While we generally try not to throw things, sometimes, it just doesn't work out that way. Such was the case when two of our editors realized their very, very different feelings about The West Wing, a much-beloved show from the late '90s that dramatized the personal and professional goings-on of the White House staff. Tensions were running high, but before it turned into an all-out brawl, we separated the pair and had them pour their energies into an impassioned defense of their respective positions.
First up, our executive features editor Neha Gandhi spills her heart about the many merits of this show — but she won't get off that easy. In round two, news editor Lexi Nisita eviscerates the popular program in a lightning round. Who wins the fight of the century? That's up to you to decide.
Advertisement
Oh, and by the way, if watching us argue amongst ourselves is your cup of tea, check out our epic battle over the values and faults of Lost right here. 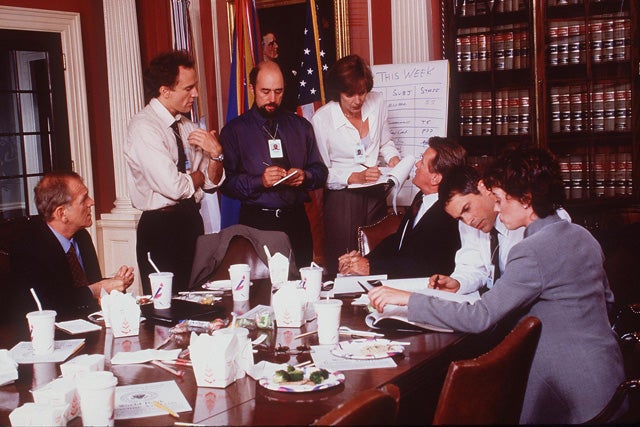