Skip navigation!
Story from Entertainment News
Interviews are tricky. We've all been at the receiving end of an interview for a new job or flat share that just feels plain uncomfortable, but you can't do too much about them, right? It seems if you are a Hollywood actress you can. It is reported that last week Naomi Watts left a radio interview mid-session, promoting her latest film on Princess Diana, for reasons only known to herself. The radio presenter and interviewer Simon Mayo was baffled by this sudden exit and tweeted about it: "A first for me and @wittertainment as Naomi Watts walked out of an interview!" Mayo later went on to tweet that she seemed a little uncomfortable with the questions.
Judging by the rather mixed reaction to the movie about the last couple of years of the late Princess's life, this is understandable. In an interview with The Sunday Times Style the actress mentions turning down the role twice as, "The biggest reason that made me pause was how the princes were going to be feel about this." Indeed. It is still early to see how this saga and how this film will play out to a wider audience. So far, Watts hasn't acknowledged this incident and neither have the Royal Family. (Us) 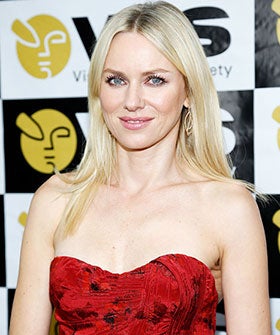