Skip navigation!
Story from Tech
The fun thing about apps is that even though you've shelled out big bucks for your iPhone (and your data plan, and your unlimited texting, and that super-cool case you just had to have), you can still feel like you're getting tons of new upgrades for a mere dollar or two. Which has us wondering why something like the simple Barcelona vs. Madrid soccer app costs $349.99. Who in their right mind would pay that much for a game? Just a couple hundred more and you could set yourself up with an entire Adobe Creative Suite, which seems infinitely more worthy.
And yet, there's a whole host of super-pricey apps like this one out there. Some of them are equally ridiculous, like Water Globe, which lets you play with digital snow globes for the insane price of $219.99. Others make a bit more sense, like Bizjet Mobile, which lets corporate and VIP aircraft passengers use the plane's datalink to connect to the Internet. It probably doesn't need to cost that much, but at least you know this particular niche market can most likely afford it. Business Insider rounded up a bunch more, and we're having a hard time deciding which is the worst. Though if you catch your vet using number eight on this list, you should probably find your doggy a new doctor. (Business Insider) 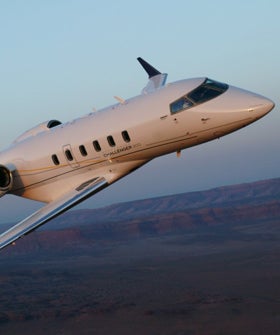 Image: Via Business Insider.
Advertisement
Grammy Awards
If You Want To See Ariana Grande At The 2020 Grammys, Here’...
The Grammys are almost here! Even though there has been quite a bit of controversy leading up to the 62nd annual Grammy Awards, for those who want to suppo
by Sarah Midkiff
Living
Dolly Parton Started A Viral Meme Challenge — Here Are Our Favorites
by Olivia Harrison
Instagram
Instagram Removed The IGTV Button Because No One Used It
Apparently we weren’t clicking on the IGTV button in the upper right-hand corner of our Instagram feeds enough, because now the button ceases to exis
by Anabel Pasarow
Instagram
A Guide To All Those IG Story Filters You’ve Been Seeing Ev...
by Anabel Pasarow
2020 Election
How To Watch Tonight’s Democratic Debate
With just three weeks until the Iowa caucus, the six qualifying Democratic candidates will take the stage tonight at Drake University in Des Moines, IA, fo
by Anabel Pasarow
Tech
12 Of Refinery29’s Favorite Gadgets At CES
by Anabel Pasarow
Gadget Guide
Robots, Vibrators, & Skincare, Oh My: The Top Tech Trends We Saw ...
by Anabel Pasarow
iPhone
The Cutest Eco-Friendly iPhone Cases
by Anabel Pasarow
Tech
Facebook Just Banned “Deepfake” Videos, But What Exac...
Ahead of the 2020 presidential election, Facebook announced an updated policy to remove videos modified by artificial intelligence known as “deepfakes.?
by Sarah Midkiff
The Bachelor
Attention, Bachelor Nation — Here’s How To Stream Tonight&#...
Tonight, Peter Weber commences his journey as The Bachelor, an odyssey on which he will date 30 women (among them: many flight attendants and possibly
by Anabel Pasarow
Relationships
How Stalkerware Technology Made It Easy For My Abusive Ex To Spy ...
Lianne thought that her relationship was perfect. She had met her partner in a London club, and he had quickly moved her and her two daughters into his hom
by Katie Bishop
Golden Globe Awards
How To Tune In To The Golden Globes Tonight
Tonight, January 5, the best of Hollywood will descend on the Beverly Hilton in Beverly Hills, CA, for an evening of vegan food (seriously, 100% plant-base
by Anabel Pasarow
Discover
R29 Stories & News
Watch
R29 Original Series & Films
Shop
R29's Most Wanted