Skip navigation!
Story from San Francisco
Sure, we’re well aware that S.F. isn’t exactly a gleaming beacon for celeb sightings, but it seems last week our city was none other than a certified hotbed for A listers. First we heard whispers of Kanye West rolling through, dining with Instagram founder Kevin Systrom — and now another top-notch star reportedly strolled around our hilly hood. According to Mission Mission, actress Natalie Portman was spotted at denim store Self Edge scooping up some sunglasses. What's more, an anonymous tipster tells us she was then also seen at Tartine (we're assuming eating a sticky bun) with baby Aleph and hubby in tow. Did you spy her roaming about? Do tell us in the comments! We wonder who the next big name to pop through our fair city will be — at this rate, it's anyone's guess. 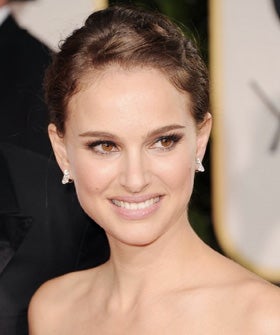 Advertisement
Entertainment
Kobe Bryant, Former NBA Star, & Daughter Killed In Helicopter Crash
Former NBA player Kobe Bryant has died following a helicopter crash in Calabasas, CA. The Los Angeles Times reported that a helicopter crashed into a hills
by Courtney E. Smith
Entertainment News
Bachelor Nation Reacts To Tyler Gwozdz’s Sudden Death
On January 22, former Bachelorette contestant Tyler Gwozdz died after being hospitalized following a suspected drug overdose, People confirmed Thursday. He
by Kaitlin Reilly
Entertainment News
Prince Harry & Meghan Markle Will Leave Their HRH Titles Behind —...
When Prince Harry and Meghan Markle announced that they would be taking a step back from the royal family, there was a lot of confusion about what, exactly
by Lydia Wang
Pop Culture
Cameron Diaz & Benji Madden Got Creative With More Than Their Bab...
One of the toughest decisions parents must make is what to name their child. What’s in a name? How creative should you get? Should you continue family na
by Tara Edwards
Entertainment News
One Of R. Kelly’s Girlfriends Has Reunited With Her Estrang...
When Surviving R. Kelly first aired on Lifetime, the world was introduced to the harrowing personal stories of women who alleged that the R&B singer ha
by Ineye Komonibo
Entertainment
American Horror Story & The OA Actor Dead At 27
Hollywood has lost another star. Harry Hains, popular for his roles in shows like Ryan Murphy’s award-winning American Horror Story and the beloved sci-f
by Ineye Komonibo
Entertainment News
R. Kelly’s Girlfriends Got In A Fight On Instagram Live & N...
As if the charges he’s currently facing weren’t already gravely serious, R&B singer R. Kelly’s legal situation might be getting even more complic
by Ineye Komonibo
Entertainment News
Silvio Horta, Creator Of Ugly Betty, Found Dead At 45
TV producer and creator of ABC’s Ugly Betty Silvio Horta has died, according to Deadline. Reports around the cause of death vary at this time. Refinery29
by Kaitlin Reilly
Pop Culture
Riverdale‘s Vanessa Morgan Tied The Knot With A Ce...
Vanessa Morgan and MLB star Michael Kopech have tied the knot. Morgan, who plays Toni Topaz on the hit CW show Riverdale, and Kopech, a pitcher for the Chi
by Alejandra Salazar
Entertainment News
Leaving Neverland Accusers Can Sue For Sexual Abuse, After...
As of January 1, 2020, a California law preventing victims of childhood sexual assault from filing a claim against a corporation after the age of 26 has un
by Sarah Midkiff
Movies
Time’s Up Addresses Exploitation In Auditions, Nude Scenes & Work...
Time’s Up has taken a major step to empower workers in the film industry. The organization debuted its three-part guide to working in entertainment to ed
by Sarah Midkiff
Entertainment News
DaBaby Has Been Arrested On Battery Charges
Rapper DaBaby (real name Jonathan Kirk) was taken into police custody and questioned by authorities on New Year’s Eve during a trip to Miami, FL. The
by Ineye Komonibo
Discover
R29 Stories & News
Watch
R29 Original Series & Films
Shop
R29's Most Wanted