Skip navigation!
Story from San Francisco
San Francisco has more top-notch attributes than you can shake a stick at — mind-blowing grub, innovative companies, a thriving art community...oh, and did we mention the food? But, lets be frank for a second. Despite all these glistening perks, you won't find yourself hobnobbing with A-list celebs — or so we thought.
According to Eater, that wasn’t the case this past weekend, because none other than rapper and new dad Kanye West strolled through our city, hitting up a few storied spots along the way. West was seen dining at Park Tavern with Instagram founder Kevin Systrom — oh, to be a fly on that wall. In case you are wondering, he sampled the pancakes and a McLaren cocktail, noting that both were "amazing." He was then seen at Hayes Valley bar Smuggler’s Cove and was rumored to hit up a few stores in the area. Kanye in S.F. — who would have thought?! We wonder where else the rapper visited in the city...tip-offs welcome below! (Eater SF) 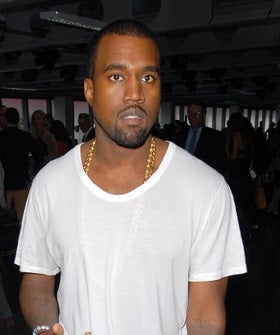