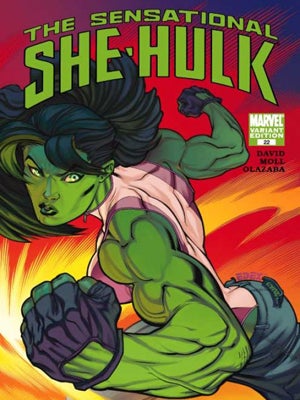 "Toymakers will tell you they won’t sell enough," Joss Whedon told The Daily Beast when talking about lady superheroes, "and movie people will point to the two terrible superheroine movies that were made and say, You see? It can’t be done. It’s stupid, and I’m hoping The Hunger Games will lead to a paradigm shift." The director of last summer's The Avengers and the creator of the super-feministic Buffy The Vampire Slayer is right — it is pretty stupid.
But then again, so much of what movie producers decide "works" is genuinely dumb — though not necessarily sexist. In this case, while their behavior does have an anti-feminist effect, it may actually have its origins in Hollywood's odd decision-making process. Take for example the marketing campaign for the $250,000,000 film John Carter a couple summers ago. The publicity campaign was torpedoed because executives didn't want any of the publicity for the Mars-based sci-fi film to mention the word "Mars" after the commercial failure of Mars Needs Moms. Granted, John Carter was an awful, awful film, but to hamstring the marketing of it like that was just as bad. The fact that this kind of programmatic thinking has curbed the creation of more woman-based superhero films — which could be hits at both the box office and for female representation in media — is even worse.
Advertisement
Whedon continues, "It’s frustrating to me that I don’t see anybody developing one of these movies. It actually pisses me off. My daughter watched The Avengers and was like, 'My favorite characters were the Black Widow and Maria Hill,' and I thought, Yeah, of course they were. I read a beautiful thing Junot Diaz wrote: 'If you want to make a human being into a monster, deny them, at the cultural level, any reflection of themselves.'"
While we don't think women who kick ass are "monsters" any more — a look at your InDemand offerings will prove that wrong — Whedon's point is a good one. When audiences of both sexes have responded well to woman-filled, high-action stories like Kill Bill, the Tomb Raider series, Kick Ass, Death Proof, the X-Men trilogy, and, heck, Game of Thrones, it makes no commercial or logical sense for witless producers to hold all of the long-lived superheroines of DC and Marvel comics hostage because Catwoman, Elektra, and 1984's Supergirl were bad films made by, let's face it, another bunch of witless producers.
Hopefully, with Whedon — who has become by default one of the most important producers in the genre — directing the future of Marvel Studios, that will change and we'll see young girls (and boys!) clutching their bright green action figures on the way in to a screening of She-Hulk IMAX 3D. (The Daily Beast)