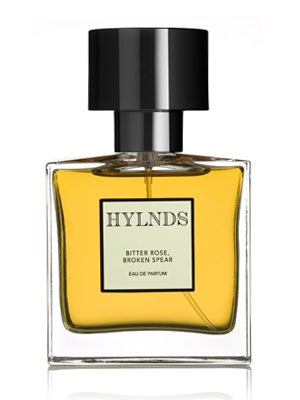 If you could smell like one place, where would it be? For Garance Doré, it's the island of Corsica where she grew up. For indie Brooklyn perfumers D.S. & Durga (a musician and an architect, respectively), the sights and smells of Northern England are where its at. Inspired by the rolling hills and dramatic history of ancient medieval cultures (Norse, Orcadian, Scotti, Celtic, Pict, Manx, and Angle) and the poetry of W.B. Yeats, the perfumers conjured up the "otherworldly aromas" that capture that mysterious, romantic time in history for their new Hylnds fragrance line.
Advertisement
The collection of three fragrances (being sold exclusively at Barneys New York) include Bitter Rose, Broken Spear, which captures the idea of "smelted iron, bitter rose, and melancholy thistle"; Isle Ryder, an intoxicating blend of spruce, fir, and wildflowers; and Pale Grey Mountain, Small Black Lake, which aims to capture the "silver fog" on a mythic mountain in Armagh.
Perfect for those with discerning noses who hate to smell like everyone else (we can just imagine the look on our friends' face when we tell them that we're wearing perfume called "Bitter Rose, Broken Spear"), these fragrances are, almost literally, pure poetry — and of course, completely transporting. Now, if you'll excuse us, we're going to get back to our daydream about being a Celtic princess on horseback...