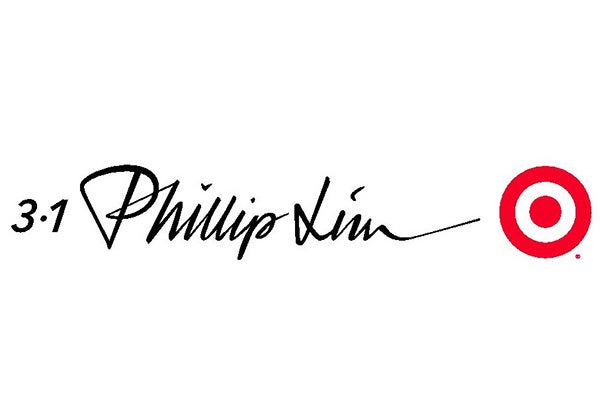 There are simply not enough exclamation points to convey just how psyched we were to hear that Target's next designer collaboration is Phillip Lim, the NYC designer whose modern aesthetic and amazing collections are the stuff our dream closets are made of. Target has officially announced this morning that Lim, will be joining Target collab hall of famers including Prabal Gurung, Jason Wu, and most recently celeb stylist Kate Young (guys, it's like Target knows us) with a women's and men's collection set to debut September 15.
Target — who deserves a huge hand for their consistent work to democratize fashion, and make today's most innovative designers available to everyone — has also shared that the over-100-piece collection will feature "a classic fall palette of neutral tones and prints," beginning at $19.99 and peaking at $299.99. We'll have to wait until after New York Fashion Week this September to actually shop 3.1 Phillip Lim at our local Targets, but we'll be keeping you posted with all the details as they unfold along the way.

Designers
Why Oversized Pleats Are My Year-Round Uniform
Post-college, I was in dire need of a paying job while attempting to pursue an editorial career and it just so happened that the Pleats Please Issey Miyake
by Diana Tsui
Designers
Why You Won’t See Rainbows In This Gender-Affirming Brand’s...
When the founders of Urbody — a brand making affirming active- and underwear for trans, nonbinary, and gender non-conforming people — set out to create
by Lindsay Lee Wallace
Designers
The New Christopher John Rogers Runway Show Was Worth The Two-Yea...
Even before the Christopher John Rogers show began, the unabashedly optimistic styles by the Louisiana-born, New York-based designer were on full display.
by Irina Grechko
Advertisement
Fashion
How Chromat Is Revolutionizing Swimwear
Becca McCharen-Tran is waiting for a call from DHL. The samples from Chromat’s Spring 2022 collection of inclusive swimsuits — for trans femmes, n
by Carli Whitwell
Style
Costume Institute’s New Exhibit Highlights American Fashion’s Ove...
What is American fashion? A little less than a year ago, the Metropolitan Museum of Art’s Costume Institute began to answer this question with the “In
by Irina Grechko
Best Wedding Dresses
Meet The Bridal Designers Behind Some Of Today’s Coolest We...
Welcome to Aisle Style, a week-long series that features the most untraditional wedding fashion trends, bridal designers behind the coolest wedding lo
by Fawnia Soo Hoo
Designer Collaborations
Iris Apfel x H&M Is Here — Here’s How The Style Icon Wants You To...
by Irina Grechko
Designers
Alexander McQueen Returned To NYC After 20 Years With A Nature-In...
There was a lot of talk about mushrooms ahead of the Alexander McQueen Fall 2022 fashion show. As soon as teasers began to quite literally sprout in the fo
by Irina Grechko
Black History Month 2022
Ruth E. Carter Is Black History, Present, And Future
R29Unbothered continues its look at Black culture’s tangled history of Black identity, style, and contributions to the culture with ROOTS, our annual Bla
by Venesa Coger
Adidas
Gucci’s Latest Collection Includes A Collab With Adidas
After months of rumors, Gucci confirmed that it’s partnering with Adidas with the release of the brand’s fall 2022 collection during Milan Fashion Week
by Frances Solá-Sant...
Designers
Y2K Fashion Defined 2021 — 10 Brands That Led The Charge
by Shelby Ying Hyde
Designers
Virgil Abloh Is A Reminder That Fashion’s Most Prolific Designers...
Barrier-breaking designer. Genre-bending artist. Visionary. These are some of the ways people have described Virgil Abloh after it was announced that the 4
by Irina Grechko
Advertisement
Advertisement
Discover
R29 Stories & News
Watch
R29 Original Series & Films
Shop
R29's Most Wanted