Skip navigation!
Story from Beauty
When Dove's latest ad for their real beauty campaign went viral a few days back, we were humbled and moved, like many others. And we stand by that. The video seeks to show women that they are their own worst critics, that "you are more beautiful than you think." It's a lesson we could all do well to absorb in this culture that constantly critiques and nitpicks our bodies. But around the same time, something else went viral — a response post by Jazz Brice on her Tumblr, Jazzy Little Drops. Since she wrote it, the blog has gotten hundreds of thousands of views.
Advertisement
You can read the post below, republished in an abbreviated version with Ms. Brice's permission. It's a thoughtful, careful piece that, while celebrating the video's positive message, also encourages the viewer to think a little deeper and look a little more closely. We agree with everything she has to say (though we would point out that many of Dove's campaigns have been very diverse in terms of age, race, and size, in a way that doesn't feel cheap or like tokenism, which is why we didn't fault them for the blonde-haired, blue-eyed women used here in our orignal post). Check out what Jazz has to say, and let us know if you're on board, too. Everything past this point is her words, republished with Brice's permission. 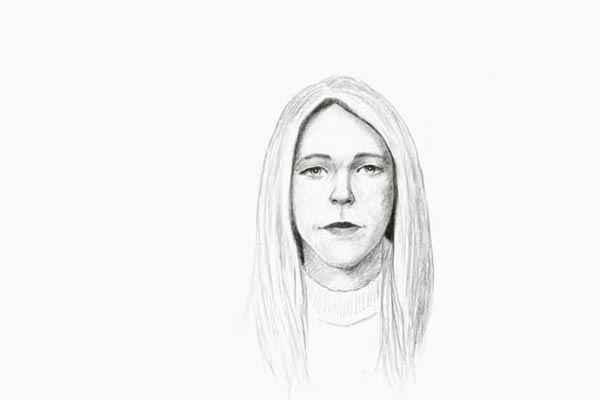 So this video started going around my Facebook today, with about a dozen of my female friends sharing the link with comments like, “Everyone needs to see this”, and “All girls should watch this,” and “This made me cry.” And I’m not trying to shame those girls! I definitely understand why they would do so. And I don’t want to be a killjoy. But as I clicked the link and started watching the video, I started to feel a slight sense of discomfort. I couldn’t put my finger on why that was, exactly, but it continued throughout the whole thing. After watching the video several more times, I have some thoughts…
First off, I will acknowledge the positives in the video. The team at Dove makes a valid point: most of us are our own harshest critics. Most women probably are more beautiful than they think. This serves as a reminder that we shouldn’t be as hard on ourselves as most of us often are, and it’s uplifting to remember that others are more prone to look past the “flaws” that we perceive in ourselves and to see beauty. The fact that it’s reminding young women to see the beauty in themselves is a good thing, and I want to celebrate that.
When it comes to the diversity of the main participants: all four are Caucasian, three are blonde with blue eyes, all are thin, and all are young (the oldest appears to be 40). The majority of the non-featured participants are thin, young white women as well. We see in the video that at least three black women were in fact drawn for the project. Two are briefly shown describing themselves in a negative light. Out of 6:36 minutes of footage, people of color are onscreen for less than 10 seconds.
Advertisement
Let’s look at which descriptors the editors chose to include. When the participants described themselves, these were some of the things that were implied as negatives: Fat, rounder face, freckles, fatter, 40— starting to get crows feet, moles, scars...Whereas some of the implied positive descriptors used by others were: Thin face, nice thin chin, nice eyes that lit up when she spoke and were very expressive (my actual favorite), short and cute nose, her face was fairly thin (this was said twice), and very nice blue eyes. I don’t know if anyone else is picking up on this, but it kinda seems to be enforcing our very narrow cultural perception of “beauty”: young, light-skinned, thin.
Why is this so important? Why did girls feel like something was missing from that quote in its original form? Why are so many females I know having such a strong reaction to the sketches video, being moved to the point of tears? Because the message that we constantly receive is that girls are not valuable without beauty.

Brave, strong, smart? Not enough. You have to be beautiful. And “beautiful” means something very specific, and very physical. Essentially every movie and TV show and commercial shows us that, right? It doesn’t matter what other merits a woman posses, if she is not conventionally attractive, she is essentially worthless (go watch
Miss Representation

Advertisement
And actually, it almost seems to remind us how vital it is to know that we fit society’s standard of attractiveness. At the end of the experiment, one of the featured participants shares what I find to be the most disturbing quote in the video and what Dove seems to think is the moral of the story as she reflects upon what she’s learned, and how problematic it is that she hasn’t been acknowledging her physical beauty: "It’s troubling,” she says, as uplifting music swells in the background. “I should be more grateful of my natural beauty. It impacts the choices and the friends we make, the jobs we go out for, they way we treat our children, it impacts everything. It couldn’t be more critical to your happiness.”
Did you hear that, ladies? How beautiful you are affects everything — from your personal relationships to your career. It could not be more critical to your happiness! And while it could be argued that the woman was actually talking about how you feel about yourself or something, it is clearly edited to suggest that the “it” is beauty. I know we’ve been told it thousands upon thousands of times before, but I hope you heard that, girls: your physical, superficial beauty is the most significant part of who you are, and the most important determining factor in your life. And now I want you to hear this: that is a lie.
What you look like should not affect the choices that you make. It should certainly not affect the friends you make—the friends that wouldn’t want to be in relationship with you if you did not meet a certain physical standard are not the friends that you want to have. Go out for jobs that you want, that you’re passionate about. Don’t let how good looking you feel like you are affect the way way that you treat your children. And certainly do not make how well you feel you align with the strict and narrow “standard” that the beauty industry and media push be critical to your happiness, because you will always be miserable. You will always feel like you fall short, because those standards are designed to keep you constantly pressured into buying things like make up and diet food and moisturizer to reach an unattainable goal. Don’t let your happiness be dependent on something so fickle and cruel and trivial. You should feel beautiful, and Dove was right about one thing: You are more beautiful than you know. But please, please hear me: You are so, so much more than beautiful.

Skin Care
I Tried Skin Laundry’s Laser Facials & This Is What They Di...
Picture an Indiana Jones-style saga of an explorer in search of the secret to achieving glowing skin without applying highlighter, and you’ll have a
by Sydney Clarke
Beauty
The U.S. Air Force Just Made A Major Amendment To Its Policy On Hair
The United States Air Force just instituted a notable amendment to its uniform policy as it pertains to its stringent female grooming standards: As of Febr
by Megan Decker
Hair
I Got Curtain Bangs — & Yes, They’re Worth The Hype
On the scale of bangs from baby to curtain, the latter undoubtedly takes the cake for being the most versatile. The trend, which creates curtain-like layer
by aimee simeon
Dedicated Feature
This Is The First Retinoid To Safely Treat Acne On Your Face, Che...
When it comes to the subject of acne, the conversation is usually about ways to treat it or how it can lead to anxiety, depression, and low self-esteem.1 I
by R29 Editors
Skin Care
Why The Corners Of Your Mouth Crack — & How To Fix It
Just like chapped lips, it’s easy to associate the development of dry, crusty patches on the corners of our mouths with exposure to extreme cold and
by Erika Stalder
Beauty
I Got Porcelain Veneers — & Now I Love My Smile
Feeling confident about your teeth can mean the difference between facing your days with a smile and, well, not. Abby Haas was willing to try whatever it t
by Sydney Clarke
Skin Care
12 Retinol Serums That Will Get You Your Glowiest Skin Ever
by Erika Stalder
Celebrity Beauty
Jessie J Gave Herself A Dramatic At-Home Haircut — & Documented I...
Yesterday, English singer Jessie J posted an Instagram video giving fans an in-process look at her DIY haircut. With chunks of hair strewn all over the flo
by Sarah Midkiff
Celebrity Beauty
Hailey Bieber Honored A “Happy Day” With This Hairstyle
They may have first come back into fashion as a byproduct of our quarantine style fatigue, but accent braids are proving to have a lot more staying power t
by Sarah Midkiff
Makeup
We Tried The Ordinary’s Concealer Before Anyone Else — & He...
by Jacqueline Kilikita
Skin Care
I’m A Goop Editor & This Is What My Skin-Care Routine Looks...
Megan O’Neill has been featured on E!, NY1, and ABC’s Strahan and Sara as a beauty expert and has starred on Netflix’s The goop Lab. She comes to goo
by Rachel Krause
Skin Care
9 Hydrating Serums That Will Make People Ask How Much Water You D...
by Rachel Krause
Discover
R29 Stories & News
Watch
R29 Original Series & Films
Shop
R29's Most Wanted