Every week, our editors Connie Wang, Annie Georgia Greenberg, and Nathan Reese break down the latest episode of Girls. Check back each Sunday at 10:00 p.m. to read our recaps.
Nathan: "So this week, the spotlight is entirely on Hannah."
Connie: "You mean Hannah and PATRICK WILSON. Hubba hubba."
Annie: "Totally. Has the focus ever been on one character like this?"
Nathan: "Not really. And definitely not this intimately."
Annie: "It sure was A LOT of Hannah to take in, but after last week's focus on multiple relationships, I guess it made sense to get back to the show's real star."
Advertisement
Connie: "To be honest, I was actually a little thrown off that last week's episode didn't really deal with Hannah's relationships at all. But since her entire M.O. seems so hinged on developing and destroying relationships, it makes sense that they saved it all for one episode. We saw Hannah's full destructive emotional range compacted into one neat 30-minute package."
Nathan: "The structure was basically a "bottle episode" format..."
Connie: "Film nerd, explain. Bottle episode?"
Nathan: Traditionally, shows would use the a single set and a small cast structure because of budgetary restrictions. In this case though, they pulled in a guest star and put the focus on a single cast member. Patrick Wilson was basically there to act as a mirror for her. This sort of nice guy, who is just there for Hannah to bounce off of herself.
Annie: "Well, we don't even really know if he is a nice guy... We don't know much about him at all — just like Hannah says, right?"
Connie: "All things considered, though, he appeared to be entirely decent to Hannah. Even when she has her inevitable meltdown at the end. He never reacts the way Hannah expects him to, like kicking her out or getting angry. I thought — and correct me if i'm wrong — but in the spectrum of men Hannah's dated, he seems to sit on the genuinely good-person end. His flaws are just situational from what we can tell. Like, he’s 40 and married, but he can’t change those things about himself."
Advertisement
Nathan: "It was interesting to watch Hannah go through her entire narcissistic cycle in such a short timeframe. Infatuation, self-doubt, feeling acceptance, feeling bad for herself again, blaming him for the situation, and then leaving...it felt like going through therapy. When she starts crying and talks about how she wants to have a normal life, didn't you want to jump in and tell her to knock it off?"
Annie: "I was like "DOOOOOOON'T." Just. Don't. But of course she did, anyway. Maybe she can't hear me through the TV screen?"
Nathan: "When Hannah gets self-pitying, though, and talks about how she wants everything that anybody else wants, it's almost like she's actually trying to alienate the guy...especially when she starts attacking him for not sharing more about himself. It's good for her to see that it doesn't work on everyone. I mean, he's definitely weirded out, but he doesn't ask her to leave." 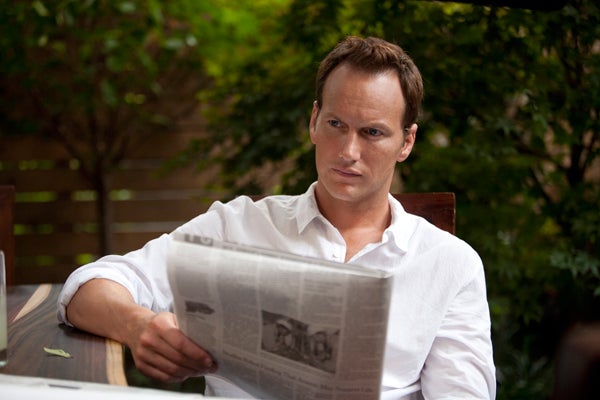