If NYFW is one thing, it's
expensive
, just ask Whitney Port. The Teen Vogue intern turned The City star turned designer is coming atchya, proverbial hat in hand, asking for money to help with her latest runway show at New York Fashion Week. In an everyman's effort to raise moolah for her line Whitney Eve, she's taken to fundraising site Indiegogo with a video that says, "It's so crazy to get going and very, very hard behind the scenes." We hear ya girl!

While we're kind of #awkward about the star (whose estimated worth is reportedly $3.5 million) asking for funding so publicly, we can certainly understand why it might be difficult for a young designer to get her show on the road (or to Lincoln Center). To rent even the smallest space at the NYFW hub costs $16,500... and goes up from there. So, if you feel for Whit (or want to sit front row at NYFW), you can head over to her donation site to buy prizes that range from a tweet from Whitney to a bracelet to a prime seat at her show. In the meantime, we wish her the best of luck — she currently has $2,741 of the $50,000 goal and her show is already scheduled for September 12 at The Studio, a venue that costs upwards of $30,000. (Jezebel) 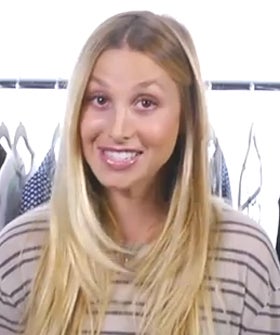 Unbothered
Come Glow Up With Unbothered At Our First-Ever IRL Event!
Oh hey there, my beautiful, abundant Unbothered fam!  It has been almost five years since our foresisters founded Unbothered. Back then, it was simply
by Chelsea Sanders
Unbothered
The Met Gala Was Underwhelming But These Black Celebrities Ate
It’s the most wonderful time of year: when fashion enthusiasts and critics come together to virtually discuss the moments we loved — and hated — at t
by Venesa Coger
Celebrity Style
A Tribute To The Best Met Gala Looks Of All Time
by Eliza Huber
Advertisement
Style
Here They Are: The Best Oscars Looks Of All Time
by Eliza Huber
Unbothered
Black American Culture Was Missing From The Met Gala Red Carpet
The Met Gala, fashion’s most anticipated and glamorous red carpet event, took place last night (Sept. 13) and there’s a lot to unpack. Usually held in
by Venesa Coger
Met Gala
According To The Met Gala Red Carpet, This Is What’s Important Ab...
by Eliza Huber
Style
Every Winning Fashion Moment From The Live 2021 Oscars Red Carpet
by Eliza Huber
Style
We Did The Research & These Are The Best Golden Globe Looks Of Al...
by Eliza Huber
Fashion
How Copenhagen Put Sustainability At The Forefront Of Its Fashion...
Though not one of the major four, Copenhagen Fashion Week has, in recent years, been a hotspot for trends that matter. Between its effortlessly cool street
by Irina Grechko
Fashion
The Digital Fashion Experience Isn’t The Same — & That’s A Good T...
Ever since the pandemic put an end to many fashion weeks and high-profile shows around the world this year, the question of the fashion-minded has been, Wi
by Irina Grechko
Style
Shanghai Fashion Week Cancels Next Month’s Event Because Of...
Shanghai Fashion Week, which typically takes place after Paris Fashion Week in March, has officially been postponed due to the coronavirus outbreak. The or
by Sara Radin
Golden Globe Awards
The Golden Globes Red Carpet Is One Fashion Moment After Another
by Eliza Huber
Advertisement
Advertisement
Discover
R29 Stories & News
Watch
R29 Original Series & Films
Shop
R29's Most Wanted