Skip navigation!
Story from Entertainment
If you’ve ever seen a romantic comedy, you’d think journalism is a profession in which women have managed to not just achieve parity but total domination. You’d also think that Justin Long is sexually desirable and that jet-skiiing makes for a totally reasonable first date. On all counts, you would be wrong.
In a shocking number of the classic so-called “chick flicks” and sitcoms of the past 30 years, lady journos are everywhere. But a 2012 report by the Women’s Media Center found that women comprise only 18.1 percent of radio news directors, 36.9 percent of newspaper journalists, and 28.4 percent of television news directors. And in an annual count of bylines at “thought-leader” magazines, the organization VIDA found that most published well below 25 percent women. Meanwhile, this recent article in The New Republic exposed the “psycho-sexual ordeal” — extreme harassment and sexism — faced by women reporting on politics in Washington. Clearly, romance isn’t the only fantasy that chick-flicks are peddling.
Advertisement 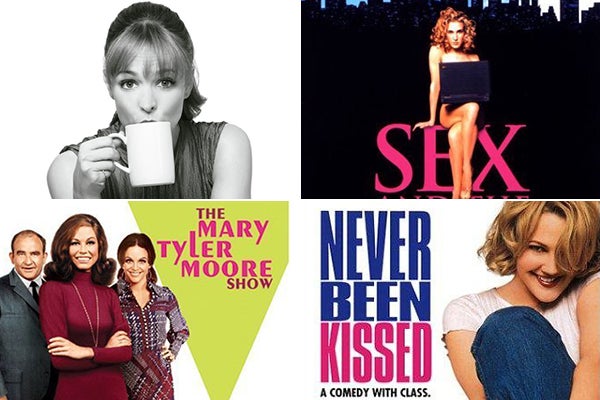 Still, it’s easy to see the appeal of the lady-journo protagonist. She’s professional and witty enough to be compelling, but doesn’t seem as stuffy as a lawyer or doctor. Her line of work is semi-glamorous (literally, glossy!), but not too intimidating. More often than not, she’s a women’s-mag columnist or assistant who aspires to something more substantive as she fetches coffees for domineering older editors and writes listicles about how to please a man in bed or what to wear on a first date. She’s smart but neutered, ambitious but restrained — the perfect rom-combination.
Even though I complain about how lady journos are represented on screen, I’m unable to look away. Here are some classics of the genre, and some career lessons I’ve managed to glean from each. [Editor’s note: We cut How To Lose A Guy In 10 Days, because quite frankly, we don’t think there’s a good lesson there. But , feel free to disagree in the comments.] 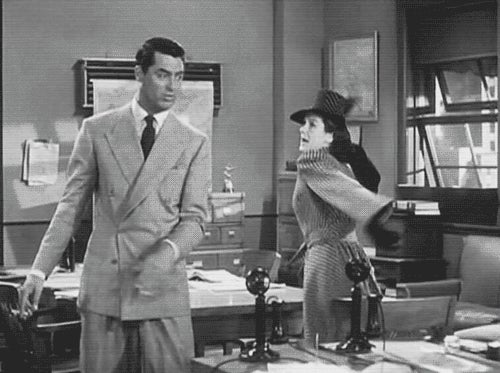 His Girl Friday
Starring: Rosalind Russell as a newspaper reporter .
Claim to fame: Set the standard for fast-talking dames — both journalists and non.
Career lesson: You’re smarter than he is. Really.

Starring: Rachel McAdams as a morning-show producer .
Claim to fame: A torrid romance with her job; a not-so-torrid romance with a dude.
Career lesson: Nothing feels better than hearing an old-dude boss say “I underestimated you.” 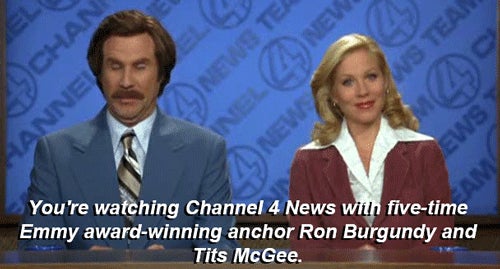 Starring: Christina Applegate as a news anchor.
Claim to fame: Busting up the ‘70s network boys’ club; surviving sex with Ron Burgundy.
Career lesson: When someone calls you “Tits McGee,” let your vengeance rain down upon them.

Starring: Drew Barrymore as newspaper reporter.
Claim to fame: OH MY GOD, HOW MANY REPORTERS HAS DREW B. PLAYED?
Career lessons: Sometimes he is into you, and you’re undercover, but he thinks you’re in high school. Oops. You should out yourself as a reporter. Also, never sacrifice career for love. 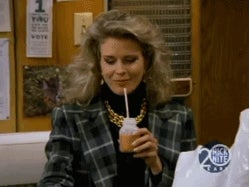 Starring: Candice Bergen as a television journalist.
Claim to fame: Shoulder pads and single motherhood.
Career lesson: You really can have it all. If you’re Candy Bergen. 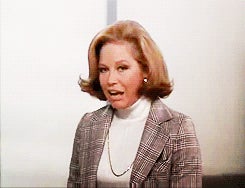 Starring: Mary Tyler Moore as a TV producer.
Claim to fame: Making it after all.
Career lesson: Find the older guy in the office who doesn’t want to sleep with you, and make him an ally. 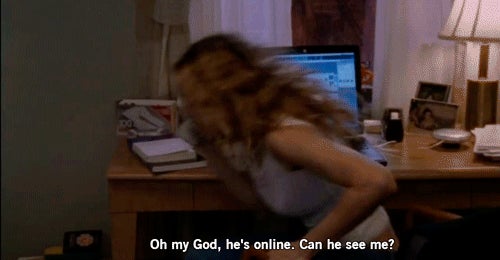 Sex and the City
Starring: Carrie Bradshaw as a sex columnist .
Claim to fame: Rhetorical questions and bad decisions .
Career lesson: For a few shameless oversharers, personal drama can equal professional success.
Movies
26 Movies Every Woman Should See At Least Once
by Claire Hambrick
Unbanned
George M. Johnson: America Banned My Book, But I Refuse To Stay S...
Unbothered continues its look at the tangled history of Black culture and identity with ROOTS (Un)Banned, a series of stories on book banning for Black His
by George M. Johnson
Books & Art
4 Latina Authors on Breaking Into the Book Industry
Writing involves two worlds: the creative sphere, where a writer often spends months and years crafting a book, and the business side, where the goal is to
by Eva Recinos
Advertisement
Unbothered
You People Has Been Done (Better) Before
This story contains spoilers for Netflix’s You People. The 1967 film Guess Who’s Coming to Dinner starred Sidney Poitier and Katharine Houghton as a ne
by Ineye Komonibo
Unbothered
Black Teen Girls On TV Are A Mess… Finally
Welcome to “What’s Good,” a column where we break down what’s soothing, distracting, or just plain good in the streaming world with a “rooting fo
by Kathleen Newman-B...
Entertainment
The Last Of Us Creator Is Just As Emotional About Episode ...
Spoilers ahead. Love often finds you in the unlikeliest of places — and that can include in the midst of a decades-long, zombie-creating global pandemic.
by Katherine Singh
GG Good Game
It’s Cool To Be Good With Money, Just Ask MrsDowJones
Getting your personal finances in order can be done at any time, but there’s something about January — the clean slate, forward momentum of a new year
by Patricia Karounos
Unbothered
UK R&B Is Thriving — So Where Is The Recognition?
by Maxine Harrison
Somos Latinx
This is What Grammy Nominee Anitta Thinks About Being Called a &#...
The year 2022 was pivotal for Latines in the music industry — and especially for Brazilian artist Anitta. Last year, the Rio de Janeiro-born singer-songw
by Brenda Barrientos
Somos Latinx
Amirah Vann Brings Heart & Depth to Black Women’s Stories i...
As the open-hearted matriarch Hattie Mae in Tyler Perry’s 2022 film A Jazzman’s Blues, Amirah Vann demonstrates a great tenderness and fierce love to b
by Jasmin Hernandez
GG Good Game
XSET’s Erin Ashley Simon Is Set On A More Inclusive Esports Culture
Hands up if you are aware of the esports industry, are interested in learning more about or getting involved in it, but every time you’ve tried to step f
by Patricia Karounos
Entertainment
Bling Empire: New York Reveals The Real Issues Behind The ...
Spoilers ahead. To be clear, there’s nothing realistic or relatable about having a net worth of $2 billion. Only a small percentage of us will know the t
by Katherine Singh
Advertisement
Advertisement
Discover
R29 Stories & News
Watch
R29 Original Series & Films
Shop
R29's Most Wanted