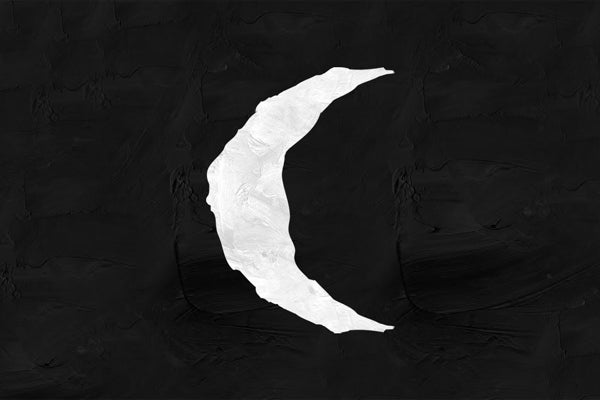 On TNGHT's excellent self-titled EP last year, Hudson Mohawke and Lunice nearly perfected the so-called "trap rave" genre, while simultaneously bringing it to the cultural forefront. TNGHT's new single, "Acrylics," takes the ideas set forth on that EP and exaggerates them to the point where sounds begin to shatter, burst, and melt.
Unlike the bombastic minimalism of TNGHT, the track jumps wildly between ideas, more schizophrenic, even, than Skrillex at his most showoff-y moments. The track isn't so much a singular piece as a hodgepodge of carefully orchestrated fits and starts, each built to display HudMo and Lunice's production dexterity. In a landscape where countless similar tracks seem blunt or idiotic, TNGHT keep things so off-kilter, so inventive, that "Acrylics" succeeds in spite of itself.
Advertisement
"Acrylics" "TNGHT"

TV Shows
The Meaning Behind Every Song From Euphoria’s Spec...
by Lydia Wang
TV Shows
Kelley Flanagan Cuts Insta-Ties With Peter Weber & Fans Bache...
It’s funny — most of the Bachelor drama these days isn’t even happening on TV. Less than a month after season 24 star Peter Weber and Kelley
by Natalie Morin
TV Shows
A Harry Potter TV Series? In This Economy?
The world of Harry Potter is reportedly set to expand with a brand new live-action television show, but even the most dedicated fans of the Potterverse are
by Ineye Komonibo
Entertainment
Pete Davidson & Glenn Close Sat Down To Talk About… Cruella...
From the second Variety announced that Pete Davidson and Glenn Close were going to be paired in conversation as part of their annual Actors on Actors serie
by Anne Cohen
TV Shows
Jodie Turner-Smith Wields The Magic Of The Witcher In New Netflix...
In the popular Netflix series The Witcher, Henry Cavill stars as Geralt of Rivia, a powerful bounty hunter known throughout the land for his ability to fig
by Ineye Komonibo
Celebrity Couples
Kourtney Kardashian Is Apparently Dating A Longtime Famous Friend
If you’re a longtime fan of Keeping Up with the Kardashians and have been hoping that the show’s Blair and Chuck (Kourtney Kardashian and Scott Disick)
by Ineye Komonibo
TV Shows
The Detail In Jules’ Euphoria Special That You Mig...
Warning: Spoilers ahead for Euphoria special episode “Jules.” Compared to Rue Bennett’s somber, muted Euphoria special over the holiday
by Natalie Morin
Movies
Keira Knightley Is Calling Out “Horrible” Sex Scenes
Keira Knightley has given us some of the last decade’s most memorable sex scenes, from Anna Karenina’s passionate fling with Count Vronsky (Aaron Taylo
by Anne Cohen
TV Shows
Wondering If Kelly & Andrew Are Still Together After Bling Emp...
Warning: Spoilers ahead for Bling Empire season 1 and beyond.  If there’s one thing Bling Empire wants you to ponder at the end of its first season,
by Ariana Romero
Best of Netflix
15 Shows That’ll Give You Lupin Vibes While You Wait...
by Olivia Truffaut-Wong
TV Shows
Unpacking That Disturbing Euphoria Special Episode Sex Scene
Warning: Spoilers ahead for Euphoria special episode “Jules.”  Euphoria is a series that made its mark by pushing boundaries. It’s the show that
by Ariana Romero
TV Shows
How WandaVision’s Long, Strange Trip Fits Into The MCU
Warning: This article contains plot details from WandaVision episodes 1, 2, and 3. Elizabeth Olsen’s Wanda Maximoff is, perhaps literally as well as
by Leah Marilla Thomas
Discover
R29 Stories & News
Watch
R29 Original Series & Films
Shop
R29's Most Wanted