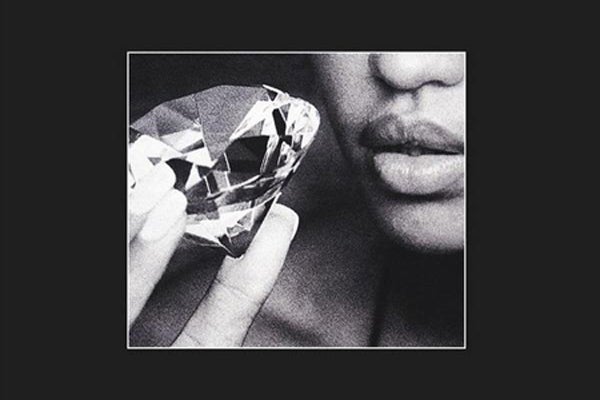 Fort Romeau is the solo project of Mike Norris, who also happens to be the keyboardist for slick British electropop act La Roux. Norris recently released his excellent first album Kingdoms on the ultra-hip Los Angeles label 100% Silk, where he traded La Roux’s smooth synths for hypnotic house arrangements. “SW9” doesn’t appear on that album, but flows with the same sensibility — a comforting, dark piece of deep house with an icy vocal sample coated by the hiss of analog tape. It’s the sort of track you’d want to hear when you're still dancing as the sun comes up. Download the track below. (via XLR8R)
Fort Romeau
"SW9" [MP3]

Somos Latinx
This is What Grammy Nominee Anitta Thinks About Being Called a &#...
The year 2022 was pivotal for Latines in the music industry — and especially for Brazilian artist Anitta. Last year, the Rio de Janeiro-born singer-songw
by Brenda Barrientos
Somos Latinx
Amirah Vann Brings Heart & Depth to Black Women’s Stories i...
As the open-hearted matriarch Hattie Mae in Tyler Perry’s 2022 film A Jazzman’s Blues, Amirah Vann demonstrates a great tenderness and fierce love to b
by Jasmin Hernandez
GG Good Game
XSET’s Erin Ashley Simon Is Set On A More Inclusive Esports Culture
Hands up if you are aware of the esports industry, are interested in learning more about or getting involved in it, but every time you’ve tried to step f
by Patricia Karounos
Advertisement
Entertainment
Bling Empire: New York Reveals The Real Issues Behind The ...
Spoilers ahead. To be clear, there’s nothing realistic or relatable about having a net worth of $2 billion. Only a small percentage of us will know the t
by Katherine Singh
Pop Culture
Lori Harvey’s Love Life Could Actually Teach Us Something
On January 13, model and skincare entrepreneur Lori Harvey celebrated her 26th birthday in a big way, wowing her followers with a high fashion photoshoot a
by Ineye Komonibo
Somos Latinx
These All-Women Mariachi Bands Are Rebelling Against Tradition
Growing up in a Mexican home in Indiana, Ibet Herrera always loved mariachi. The historically male-dominated regional Mexican music inspired her as a young
by Eva Recinos
Entertainment
How That’s So Raven Raised A Generation Of Black Girls Lik...
I grew up in the golden age of the Disney Channel. I watched the hits: Hannah Montana, The Cheetah Girls, Wizards of Waverly Place. And if it was a Friday
by Liv Facey
Entertainment
HBO’s The Last of Us Proves It’s Not Too Soon ...
In 2003, Joel (Pedro Pascal) wakes up on his birthday like every other morning, sitting down for breakfast with his 12-year-old daughter Sarah. By the end
by Katherine Singh
Unbothered
Alice Diop’s Saint Omer Is A Daring & Unsettling French Le...
This story includes spoilers for Saint Omer. Almost a decade ago, the world was gripped with anxiety as it watched the legal proceedings against a young Se
by Ineye Komonibo
Unbothered
Why Prince Harry Is (Still) Wrong About Unconscious Bias
By now, you would have undoubtedly seen or heard about at least one of Prince Harry’s interviews discussing his new memoir, Spare. Since its release on T
by Maxine Harrison
Somos Latinx
Watching Fantasy Island Feels Like Magical Realism Therapy...
Latines love entertainment. For years, we have been the top moviegoers — even though the films we watch rarely reflect our communities. While w
by Nicole Froio
Somos Latinx
Melissa De Sousa Vindicates The Character We Love to Hate in The ...
From the moment Melissa De Sousa is introduced as Murch’s snarky and domineering girlfriend Shelby in 1999’s The Best Man, to when she reprises her
by Marjua Estevez
Advertisement
Advertisement
Discover
R29 Stories & News
Watch
R29 Original Series & Films
Shop
R29's Most Wanted