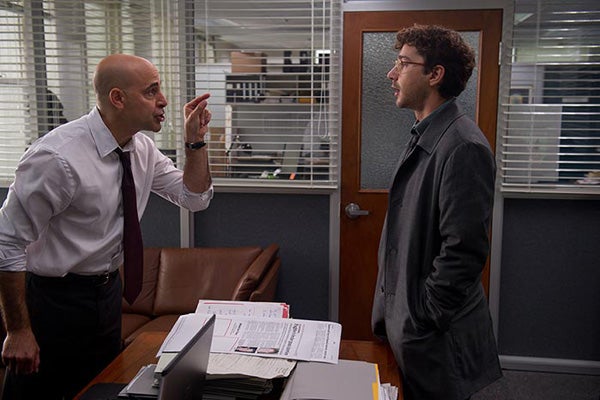 Photo: Courtesy of Sony Classics
Like most individuals of our generation, we often find ourselves wondering in which decade we truly belonged. Are we kindred spirits with the flappers and prohibitionists of the roaring '20s? Would we have been the fastest typist in a Mad Men-era secretarial pool? More than a few times, we've felt the magnetic pull of the 1970s tugging on our heart strings — maybe it was the second wave of feminism, the pulse of disco music, or the bell-bottoms. Either way, there's something unmistakably fascinating about the era Tom Wolfe coined the "Me Decade," and we've never been more intrigued than after watching Robert Redford's The Company You Keep.
Advertisement
The indie flick, which also stars Shia LaBeouf, Stanley Tucci, Susan Sarandon, and Brit Marling, manages to harness the energy and vigor of the decade — even with a storyline that stays mainly in the present. A bit of background: Company tells the fictional story of The Weather Underground, a radical group of upper-middle class students whose Vietnam War protests turn violent.
After a series of bombings and an armed robbery gone awry, the group disbands and its members go underground to hide from the FBI. After more than 30 years, group member and fugitive Sharon Solarz (Sarandon) is finally caught, and sets off a massive manhunt for the rest of her partners — one of whom happens to be Redford's Jim Grant, who has been living a quiet life as a lawyer and single father in upstate New York. Enter Shia LaBeouf as a hard-pressed, relentless young journalist desperate to prove himself and track down Grant, and you've got a recipe for movie magic. 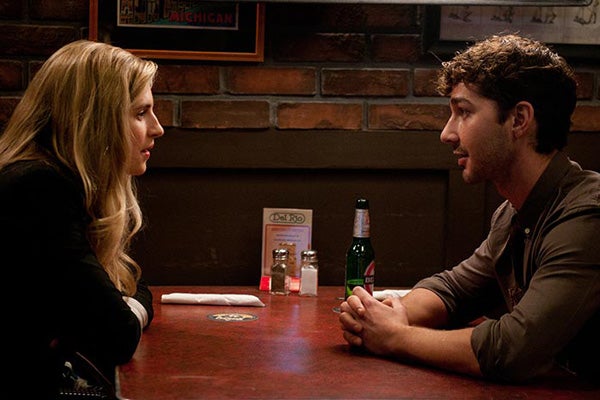 Photo: Courtesy of Sony Classics
While the heart of The Company We Keep speaks to redemption for past wrongs, the strength of family, and the question of how far is too far, we were particularly captivated by the flick's commentary on the youth culture of the '70s protest — and the stark contrast to our experiences today. Redford doesn't attempt to glorify or endorse violence, but the film's characters are constantly debating the value of fighting for one's principles, and we can't help but admire the strength and fearlessness it took for the counter culture to stand up against the tragedies of the Vietnam War.
Advertisement
As Redford's character struggled with his past life in the Weather Underground — and his feelings of guilt for abandoning the cause in exchange for a quiet family life — we found ourselves wondering how we would have been involved with the anti-war movement. It's easy to get caught up in the sparkly Hollywood version of the era, but one look at our current generation has us doubting our tenacity.
And, we're not alone — Brit Marling, who plays a young law student involved with LaBeouf's journalist, posed the same questions at the flick's recent press junket. "The characters [in the movie] all felt a sense of radical accountability to their country, and I wonder where that sense of radical accountability is in my generation," she said. "How come we don't feel the same responsibility to be a voice for change and to really stand up for the things we say we believe in?"
If we're honest with ourselves, seeing a fictional movie that glorifies a turbulent time in history isn't enough to coax an entire generation into activism, but it sure did get us thinking. As Redford (who also directed Company) put it, "I don't think we're very good at looking at history as a lesson — we should be looking back in time and saying 'What can we learn from this?'"

TV Recaps
R29 Recaps: Every Episode Of Netflix’s Jupiter’s L...
What if your overbearing parents were superheroes? That’s the question the new Netflix series Jupiter’s Legacy decided to ask. It’s based on a gr
by Leah Marilla Thomas
TV Shows
Aidy Bryant Knew Exactly What She Was Doing With The End Of Sh...
Spoilers are ahead. In the final scene of Shrill, Portland writer Annie (Aidy Bryant) and her BFF Fran (Lolly Adefope) sit on a park bench, sipping directl
by Jean Bentley
Pop Culture
Laverne Cox Is Here To Save The E! Red Carpet
Laverne Cox is booked and busy, and her latest gig will take her behind the scenes of the biggest industry events as the new host of E!’s popular red
by Ineye Komonibo
Advertisement
Pop Culture
Send Help: Ben Affleck & Jennifer Lopez Just Went On Vacation Tog...
When newly single Jennifer Lopez and Ben Affleck were spotted hanging out together in early May, sources insisted that relationship between the famous exes
by Natalie Morin
Best of Netflix
Everyone Is At Home Watching These 10 Shows & Movies On Netflix R...
by Ineye Komonibo
Pop Culture
Seth Rogen Won’t Be Working With James Franco In The Forese...
For years, Seth Rogen and James Franco have had a strong personal and professional relationship, leading them to work on various films together over time.
by Ineye Komonibo
Pop Culture
Ryan Reynolds’ Mother’s Day Tribute to Blake Lively Is Not What Y...
Ryan Reynolds and Blake Lively have that special kind of love — the kind in which you express your affection by posting unflattering photos of each other
by Natalie Morin
TV Recaps
Mare Of Easttown Episode 4 Recap: Finally, A Break In The ...
It’s been a year since Katie Bailey disappeared and in that time, Mare (Kate Winslet) has been unable to come up with any leads. But in episode 4 of
by Shannon Carlin
TV Shows
Jupiter’s Legacy Forgot To Explain Who Dr. Richard I...
Spoilers are ahead. Most of the plot of Netflix’s Jupiter’s Legacy focuses on five of the six original heroes and how they got their powers —
by Martha Sorren
Playlists
33 New, Classic, & Deeply Underrated Songs For Your Mother’...
by Lydia Wang
TV Shows
Lily James Is Biting Sebastian Stan’s Nipple In The First P...
A few minutes ago I was debating the merits of going to the IRL bar in New Girl for outdoor happy hour with my best friend (She can’t! She’s busy!). Th
by Ariana Romero
Music
Shrill‘s Season 3 Soundtrack Makes It A Little Harde...
by Shannon Carlin
Advertisement
Advertisement
Discover
R29 Stories & News
Watch
R29 Original Series & Films
Shop
R29's Most Wanted