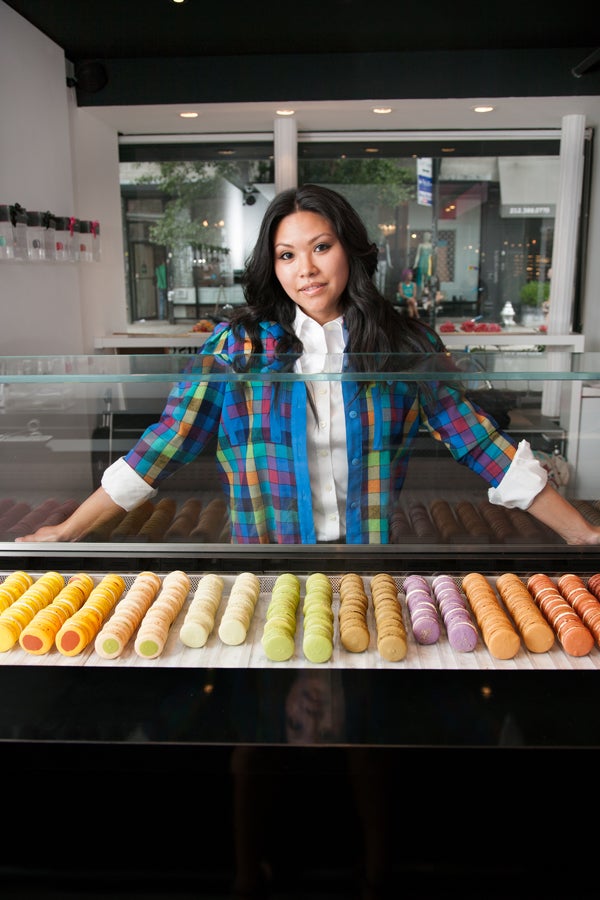 Tanya Ngangan, Co-Owner and Pastry Chef at Bisous Ciao Macarons
A child of Thai emigrants, Tanya has always had a yen for travel and exploration. It was on a traditional post-grad backpacking trip through Europe that she fell in love with The City of Lights, briefly stopping to study fashion, but ultimately found herself wooed by the allure of patisserie. She later attended Le Cordon Bleu, and honed her business plan in Sydney. Since returning to the states, she’s spent her days (starting in her apartment kitchen, now opening her second patisserie this month at 235 Bleecker Street) perfecting the macaron because — if you ask her — “It’s more than just a dessert; it’s an experience.” If that’s not good reason to break your diet, we don’t know what is. Wait, yes we do: where else will you find Vegemite and red-bean macarons?
Advertisement
Hands down, best professional advice you ever got:
“Be assertive, and don’t let anyone change your mind about what you want.”
What skill or habit do you think is vital for success?
"With each day, I try to make macarons better. Learning what I wasn't happy with the day before helps me do better the next. Perfection can never be reached, but if you work very hard you can come close to it.” 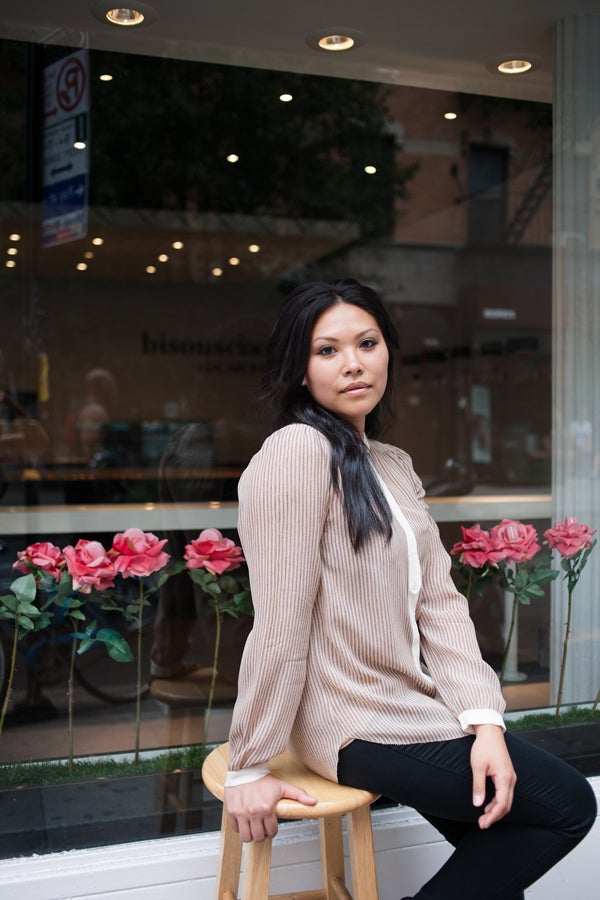 What moments on the job do you find most rewarding?

“Seeing how happy customers can be after eating macarons. Once, an older gentleman came into the store, hesitant to try the macarons. He bought a box of six and — within five minutes of leaving — came back with an empty box and bought 24 more.”

Who’s your working girl inspiration?
“My mother: She came to America as a nurse and then opened her own Thai restaurant. 17 years later, she still goes to work every day with a smile.”