Skip navigation!
Story from Beauty
To buy into much of what the skin-care industry is selling, to a certain extent, you have to believe in magic. Mystical miracle soups, ancient ancestral secrets passed down for generations and generations, tall tales of monks and priests and Egyptian queens: These kinds of farfetched backstories, whether based in truth or not at all (difficult to confirm, either way), are what best-selling products are made of.
But there are no Ayurvedic principles or family recipes behind SkinCeuticals' cult-favorite antioxidant serum, C E Ferulic. What the 12-ingredient formula does have is science — cold, hard, honest science. And that has been more than enough to earn C E Ferulic its unparalleled fanbase, and its longtime status as quite possibly the single most-loved product of board-certified dermatologists and beauty editors and average skin-care shoppers everywhere.
Advertisement
Not everyone is surprised that this objectively unsexy product — which makes exactly zero mention of miracles, comes in straightforward, clinical packaging, and smells like either pennies or hot-dog water, depending on who you ask — has earned such an intense cult following. Dermatologist William Kwan, MD, for one, said he saw it coming from the get go. "It has scientifically proven effectiveness that I knew would catch on," he says of first encountering the formula upon its release over a decade ago.
And catch on it did. C E Ferulic launched officially in 2005, the result of 40 years of academic research conducted by leading dermatologist and professor Sheldon Pinnell, MD, who became the founding scientist and chief medical advisor behind SkinCeuticals. Dr. Pinnell was a true innovator in the field, and his specific research into vitamin C is why, for all the imitations the product has spawned, none have succeeded in recreating the formula. The combination — of 15% pure vitamin C (L-ascorbic acid), 1% vitamin E (alpha tocopherol), and 0.5% ferulic acid — was his discovery, which is why he was able to patent it. 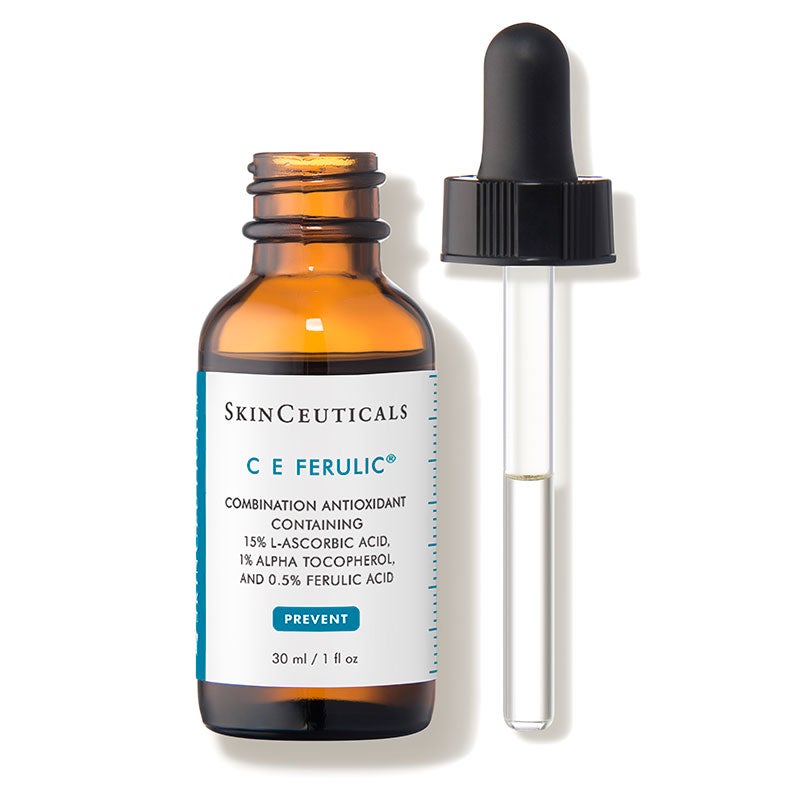