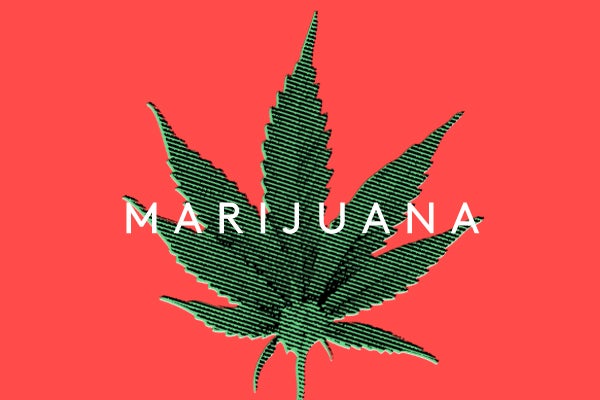 Historically speaking, famous pot smokers have been men: Cheech and Chong, The Dude, Snoop Dogg, Harold and Kumar…the list goes on. With a few exceptions, women haven't been blazing the same stoner trail (at least, not in public). But, these days, women are increasingly likely to talk about toking. Stars like Rihanna and Lady Gaga have nothing to hide about their marijuana use, and barely anyone shrugs — perhaps because, to many women, it's no big deal.

Although statistics on gendered use of marijuana are hazy, pot is increasingly seen as a regular, even health-affirming part of women's lives. "We see it both in pop culture and in our social circles," Betty Aldworth, deputy director of the National Cannabis Industry Association, says of the growing openness. "More women are willing to acknowledge their personal marijuana use, whether for medical uses or adult uses." What's more, with state laws becoming more and more progressive, smoking pot — whether for medicinal or recreational purposes — doesn't automatically carry the go-directly-to-jail risk that it used to.

The past decade and a half has seen a massive reduction, if not the outright elimination, of many of the social and legal stigmas that have been attached to marijuana use in the U.S. for over a century. So far, 22 states have carved out legal protections for pot users, ranging from decriminalization in some places to medical exemptions in others, to outright legalization in Colorado and Washington. Forty-eight percent of Americans say they’ve used it, and judging by the relative lack of widespread outrage over this wave of drug-law reform, it’s safe to say that many more have no problem with adults sparking up a joint in the privacy of their own homes.

Dr. Sunil Aggarwal, MD, Ph.D., a resident at a large medical center in New York City, says the national conversation is indeed evolving. "Cannabis is something people use to relieve stress and relax," he says. "The fact that people are talking about it more publicly has a lot to do with the changing political landscape. There's a window of talking about it more normally, without the fear of prosecution or stigma."

As pot becomes a more broadly accepted part of our lifestyles, the question of how using it can affect our health becomes more relevant. It’s a question that doctors and scientists are still exploring. Even Dr. Stephen B. Corn, MD, an academic clinician at Harvard Medical School who educates other physicians on medical marijuana, says that it's not as simple as categorizing marijuana into a "good" or "bad" category. "I wish I could give you a bottom line," he says. "But, it's an evolving field of study." The serious, neutral scientific study of marijuana consumption is still a relatively new field, and the information it's turned up is still incomplete, but it’s finally starting to give us a clearer picture of pot’s benefits and risks. And, it looks like it has some of both.

The most powerful and successful argument that marijuana advocates have made so far is that it can be realistically considered a medicinal drug as well as a recreational one. A combination of scientific and anecdotal evidence indicate that pot has an ameliorative effect on a wide range of ailments. "[Medicinal marijuana use] has been shown to be beneficial in neuropathic pain," Dr. Corn says, adding that it can also help with ALS, multiple sclerosis, HIV neuropathy, and trauma, among other problems.

Most of cannabis’ beneficial aspects come from its chemical compounds called cannabinoids. The one cannabinoid that most people are aware of is tetrahydrocannabinol, better known as THC, which is marijuana’s primary psychoactive component. Our bodies produce compounds called endocannabinoids, which have important roles in brain functions related to memory, appetite, stress, sleep, and other essential functions. The cannabinoids in marijuana fit the same neural receptors that we have for endocannabinoids, and when THC floods the brain and latches onto the parts responsible for our senses of sight, sound, and smell, our appetites, and our pain perception, it produces the high that marijuana users are familiar with.

Thanks to these cannabinoids, marijuana may have even more undiscovered effects on the body, but your doctor may not know what they are — there's just not enough research yet. "This is not a FDA-cleared drug," Corn points out. "With other drugs, I can go to the Physician's Desk Reference, but marijuana isn't in there. That makes it difficult for physicians to get information." (His site, The Answer Page, aims to be a fact-based resource for fellow health care professionals.) And, because marijuana remains illegal under federal law, any research runs the risk of becoming politicized — and that's part of the problem, says Dr. Aggarwal. "The law is not honest about the actual risks of the drug," he says. "We have to push back on that when we talk about health."

Another challenge in understanding the potential benefits of marijuana is that hype can overshadow the actual research findings. "Every day a new study comes out saying that marijuana is this wonder drug," says Dr. Ziva Cooper, Ph.D., who studies marijuana as an assistant professor of clinical neurobiology at Columbia University. "For instance, it recently came out that marijuana might be able to make you skinny or control diabetes. It might be true that an active component of marijuana might have effects on metabolism, but people see those headlines and they go nuts."

The conception of marijuana as a potentially fatal, highly addictive narcotic, on which much of last century’s anti-weed propaganda was built, has been disproved by science, which has shown that it’s almost literally impossible for humans to consume enough THC to overdose. (In fact, dying from drinking too much water would be far easier.)

What little widespread weed panic remains in America has to do with the increasingly potent strains that have been developed in recent decades. In 1978, the average American marijuana plant had a THC content of 1.37%; in 2008, it was 8.52%. "If you just look at seizures of marijuana over the past 20 years, the potency has increased substantially," Dr. Cooper says. "That's just marijuana that's been seized, not the designer stuff being grown in British Columbia or Humboldt County [California], which can go up to 30%." This increased potency doesn’t mean that the average American pot smoker is six times as stoned as the one in 1978, though. Recreational users may simply use less — though, Dr. Cooper cautions, theoretically, when people smoke more marijuana at a higher potency, there's likely an increased risk of physiological dependence.

Speaking of dependence: Pro-pot advocates (as well as the number of people who regularly smoke weed without needing to smoke weed) suggest that marijuana isn't addictive. And, while it's true that the overall addiction potential is less than that of caffeine, our bodies can become dependent, says Dr. Cooper. Is kicking pot a Trainspotting-style withdrawal? Absolutely not, she says — but there are effects. "It's not to the same degree as opiates or alcohol," she explains. "Marijuana withdrawal is subtle. If you're smoking every day and you suddenly stop, there are symptoms — decreased sleep, irritability, decreased calorie intake — that people don't tie to stopping marijuana." That's because, she says, the withdrawal is not an immediate response. The onset of symptoms doesn't begin until the day after a person stops smoking, and it doesn't peak until three or four days later — too late for most people to connect the two. 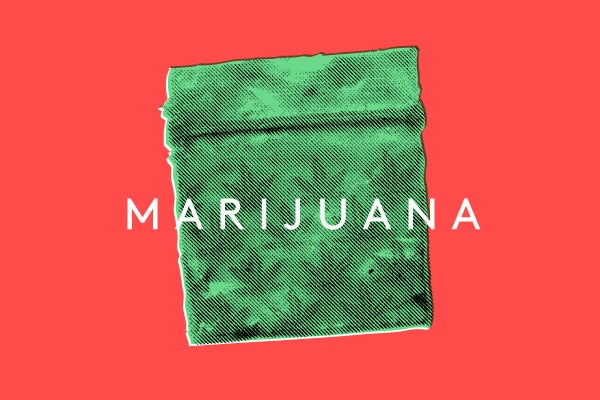