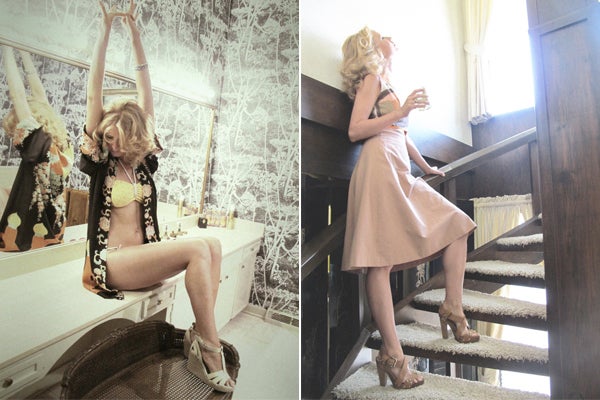 Hilary Rosenman and Barri Budin's shoe philosophy is simple: great quality and stylish design, at a price that's just as easy on the eyes. Sounds simple enough, right?
Well, after graduating from college, the two New Yorkers found nothing that suited their tastes (nor their wallets, we imagine), and thus (of course) launched their own debut collection, Madison Harding. Named after the streets where they first lived, the collection is decidedly New York. And by that, we mean, it's filled with smart footwear that will last through a season of cobblestone hopping.
We love the classic styles paired with bare legs in an oh-so-doable heel height (Thank you! Love, Our Feet) and sexy strap detailing. Their latest lookbook for spring '12 — set inside an awesome retro-cool apartment — has just the carefree attitude your daily footwear should exude. Put on a pair of these, and we suspect you'll be twirling your skirt, too! 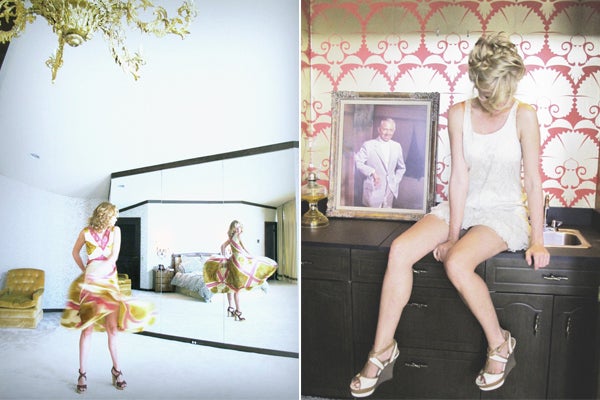 College
Michelle Obama Scores 3rd Vogue Cover, Talks 3 Qualities...
We're definitely going to be missing the iconic, often unexpected style choices Michelle Obama has brought to the FLOTUS fashion canon come January. L
by Alexandra Ilyashov
College
Calvin Klein Appoints Raf Simons As Chief Creative Officer, F...
Just when we thought we were up to date with all the latest musical chairs moves among top fashion positions, today there's another major industry shu
by Alexandra Ilyashov
College
Louboutin Tells Grads To Break The Rules, Not Shower
The Fashion Institute of Technology treated its outgoing class to a double bill at this year's graduation ceremony: Both Bobbi Brown and Christian Lou
by Hilary Moss
Advertisement
College
When An Unpaid Internship Is Worth It (And When It’s Really...
I’ve had a lot of jobs and a lot of attempts at formal education, but I didn’t have an internship until I was 25 years old — and it was a
by Haley Mlotek
Los Angeles
This Is Rachel Zoe At 22 — BANANAS!
Photo: Courtesy of The Zoe Report. In vogue with the recent #GIRLBOSS crusade, mega stylist Rachel Zoe is doling out career advice to the class of 2014. He
by Ali Hoffman
College
Perks! Your Student ID Can Take You Shopping
by Sarah Wasilak
College
How To Party Like A College Grad — In Style
by Sarah Wasilak
College
How To Pull Off College Graduation Like A Pro
Illustration By Sydney Hass. Graduation day is just on the horizon, and, as you make your way toward it, you’re likely lugging a mixed bag of emotion
by Sarah Wasilak
College
10 Cities You Should Have Studied Abroad In
Photographed by Amelia Alpaugh. When we think back on our most meaningful travel experiences, study abroad is way up there. And, to celebrate that semester
by Kayla Moser
College
Are These The Weirdest — & Most Awesome — College Majors Around?
We’re all familiar with the classic courses of collegiate study: education, business, finance, the arts, etc. But, college is a time of big discovery
by Kayla Moser
College
How Not To Deal With College Stress Like An Amateur
Photographed by Christy Kurtz. Whether you are in college, just celebrated your 10-year reunion, or are prepping to send off your first born, the stress of
by Gina Marinelli
College
This ASOS Internship Could Make A Jet-Setter Out Of You
Photo: Courtesy of ASOS. We know an eager up-and-comer in the fashion industry when we see one: You have an insatiable appetite for travel, an unrivaled ob
by Alison Ives
Advertisement
Advertisement
Discover
R29 Stories & News
Watch
R29 Original Series & Films
Shop
R29's Most Wanted