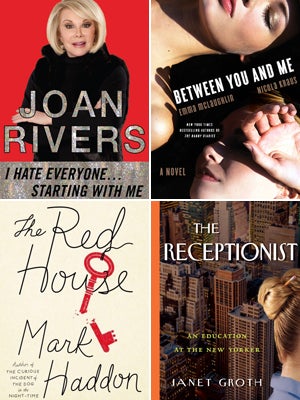 The best parts of summer are those unbeatable days when you can lounge outside, hit the beach, and start your vacation with the perfect accessory — a good book. But, with so many tomes at your fingertips (thank you, iBooks), do you find yourself just a bit unsure of where to start?
Well, summer is supposed to be anything but stressful, so quit worrying about picking out the right reading material. We've got you covered with page-turning recs to suit every taste and personality. Whether you want to laugh out loud or get involved in a juicy drama, one of these books should be right up your alley.
Advertisement
So, without further ado, here are the four buzzy books that everyone will be talking about in June, July, and even August (hey, some of us are slower readers than others!). 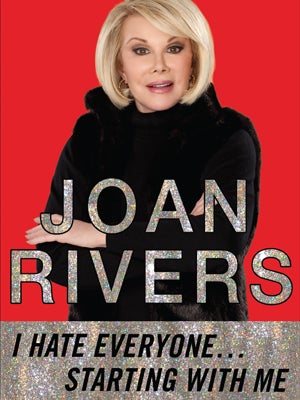 I Hate Everyone...Starting With Me

Joan Rivers is the only person in the world who can write a book
about everything she hates and put herself first on the list. Let’s
be real, this is the woman who made self-loathing stylish (watch
Fashion Police for a millisecond and you’ll know why) and for that, a
sharp tongue is a must-have accessory. In a new book that’s
part stand-up comedy, part memoir, Rivers hates on everything and
everyone that she’s ever found annoying. We’re talking everything from hysterical
childhood anecdotes to tales of why she can’t stand reading obituaries and
complaints about those pesky younger comedians that love to steal her jokes. 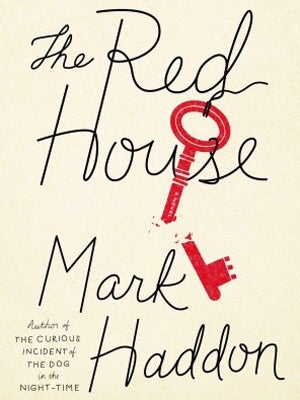 The enigma of the family dynamic is told in a comical, compelling, and
relatable narrative, in the new novel from the beloved British author of The Curious Incident Of the Dog in the Night-Time. The story begins when Richard invites
his estranged sister along with her husband and three children to join
him, his new wife, and stepdaughter at their vacation home for a
week. The resentment, secrets, fears, and desires that surface bubble up from
the point of view of each of the eight characters in turn — and it’s almost a
guarantee that you’ll recognize a little bit of yourself and your own
family in each of them. 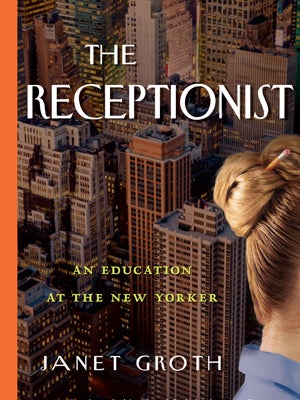 The Receptionist: An Education at The New Yorker

Shortly before Helen Gurley Brown — and decades before Carrie
Bradshaw — made the glossy world of magazines a place for women
to shine, there was Janet Groth. As an aspiring writer, she became
the receptionist at The New Yorker in 1957 after she charmed E.B. White
during her interview. For two decades, Groth never advanced from
the receptionist’s chair, but she knew every last secret, scandal, and conquest of everyone in the office. She’s never revealed them, until
now. But juicy gossip aside (although, that part is certainly fun, too), this is really a memoir about finding her true self in a paralyzing environment and finally learning to shine the spotlight on her own life.

"The Receptionist: An Education at The New Yorker," $21.95, available at Barnes & Noble. 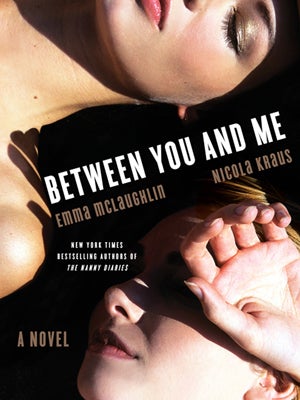 Between You and Me

The ladies behind The Nanny Diaries have made a career out of
peeling back the curtain and letting the world in on the secrets of the
elite and famous. Their latest work merges celebrity and family into one
jaw-dropping read inspired by the life — and unraveling — of Britney
Spears. In this story, 27-year-old Logan Wade reunites with her ultra-famous first cousin Kelsey, when she takes on a job as her assistant. She soon finds herself watching in shock
as Kelsey publically self-destructs, except that it all starts to feel a lot less shocking once
Logan realizes that it's the secrets of their broken childhood that set her cousin down this
road, a very long time ago. Sound familiar?

Somos Latinx
Cancelling Batgirl Isn’t Just Baffling — It’s A Crus...
When I heard the news in 2021 that Afro-Dominican actor Leslie Grace was cast as Batgirl in the Warner Bros. superhero film of the same name, I was ecstati
by Amanda Alcantara
GG Good Game
Sex In The Metaverse Is Coming — And So Can You
These days, talk of the metaverse is inescapable. We take work meetings and suck up to our bosses in a virtual boardroom, attend couture fashion shows alon
by Katherine Singh
Movies
Jo Koy & Easter Sunday Helped Me Better Understand My Fi...
In case it isn’t clear: Jo Koy really, really loves his mom. The comedian/actor has skyrocketed to fame over the past few years, thanks in large part
by Sara Tan
Advertisement
Movies
The Scariest Part of Bodies, Bodies, Bodies Isn’t the De...
Drunk and high at a rich kid mansion, Bee (Maria Bakalova) tries to make sense of the friends she has just met who have decided to make the most of a hurri
by Claire Hambrick
Unbothered
Brittney Griner Sentenced To 9 Years In Russian Prison For Drug C...
After being detained by Russian police at Sheremetyevo Airport on drug allegations in February, WNBA athlete Brittney Griner has officially been sentenced
by Ineye Komonibo
GG Good Game
Hot Tub Streamer Amouranth Is Using A Bikini To Build An Empire
The idea of people going online to watch NSFW material isn’t anything new. For decades, viewers have been covertly opening incognito tabs on their laptop
by Katherine Singh
Somos Latinx
Melissa Barrera’s Resolve Prepared Her to Survive in the Wilderne...
After wrapping her latest starring role on Netflix’s limited series “Keep Breathing,” Melissa Barrera hasn’t only solidified her spot in Hollywood
by Ashley Garcia Lez...
Somos Latinx
Juliana Joel Made History Playing the First Trans Character on Di...
Even while talking through Zoom with a spotty Internet connection, Juliana Joel’s confidence, charisma, and undeniable charm beams through the screen and
by Olivia Zayas Ryan
Unbothered
Legendary Star Leiomy Maldonado On Ballroom And Boundari...
Imagine a place where you can be anything you want to be and fully embrace who you are — without judgment. For Black folxs and members of the LGBTQ+ comm
by Kourtney Pope
Unbothered
Why Isn’t Queen Latifah Getting The Rom-Com Royalty Treatme...
Welcome to Love Like This?, a romance column where we, Kathleen Newman-Bremang and Ineye Komonibo, revisit some of the most romantic — or not, in hindsig
by Kathleen Newman-B...
Unbothered
When A Married Lagos Man Breaks Your Heart: An Exclusive Excerpt ...
Just how mad are the men in Lagos? It’s a question Nigerian author and actor Damilare Kuku explores in 12 short stories in her first novel, Nearly All Th
by Damilare Kuku
Movies
Not Okay’s Final Scene May Change The Whole Movie For You
Spoilers ahead. It’s not hard to dislike Danni Sanders. With her money piece bangs and colorful plastic rings, the lead character in Hulu’s Not Oka
by Katherine Singh
Advertisement
Advertisement
Discover
R29 Stories & News
Watch
R29 Original Series & Films
Shop
R29's Most Wanted