Skip navigation!
Story from Celebrity Beauty
Photo: John Parra/Getty Images.
If you spent any time on Vine during its heyday, then Lele Pons probably looks familiar. The Venezuelan-American made a name for herself at just 16 by becoming the first Viner to reach one billion loops with her own brand of comedy. A self-professed "class clown" who looked up to Ellen DeGeneres and Amy Schumer in high school, her funny videos proved to be more than just Vine hits. While the app shuttered in 2017, her fans followed her onto Instagram and YouTube. Now the internet star has entered the music industry as a singer, continued producing content for over 50 million followers across social platforms, and, most recently, collaborated with Tarte Cosmetics on a makeup collection.
Advertisement
While comedy and music have always been obvious passions for Pons, she admits that beauty can be intimidating. "I never thought I was good enough to do a beauty collaboration because I'm not a pro," she says. "I'm not good at doing makeup, but I do love beauty, that's for sure." In fact, despite the popularity of beauty content online, she never considered branching out into the space. "You have to find your own way and not do something just because everybody is doing it," she says. "You have to do it because you really like it — and comedy was what I wanted to do."
“

"I never thought I was good enough to do a beauty collaboration..."

Lele Pons
”
While comedy was her first passion, Pons grew up watching her mother and aunts apply their favorite red lipsticks and eventually got the beauty bug while having her makeup professionally done for her quinceañera at 15. Still, Pons finds it challenging to apply makeup, which served as the perfect inspiration for her newest products with Tarte. Along with a rosy nude lipgloss and false eyelashes — both staples in Pons' makeup routine today – the Lele Pons x Tarte collection features an eye and cheek palette that has soft, wearable colors perfect for beginners. "I wanted to create something that's as easy to use as possible," she says.
What's more, a closer look at the palette reveals that the shade names are in Spanish, which was a proud moment for the star, who was born in Caracas, Venezuela and raised in Miami.

Now, with her first collab under her belt and a better sense of how to apply highlighter — which she recently learned — Pons is ready to continue making her mark on the beauty world while embracing new opportunities. "I love bettering myself and ultimately, evolving," she says. Given how successfully she migrated her audience from Vine to other platforms — and then turned the whole thing into a lucrative career — this is likely just the beginning.
Advertisement 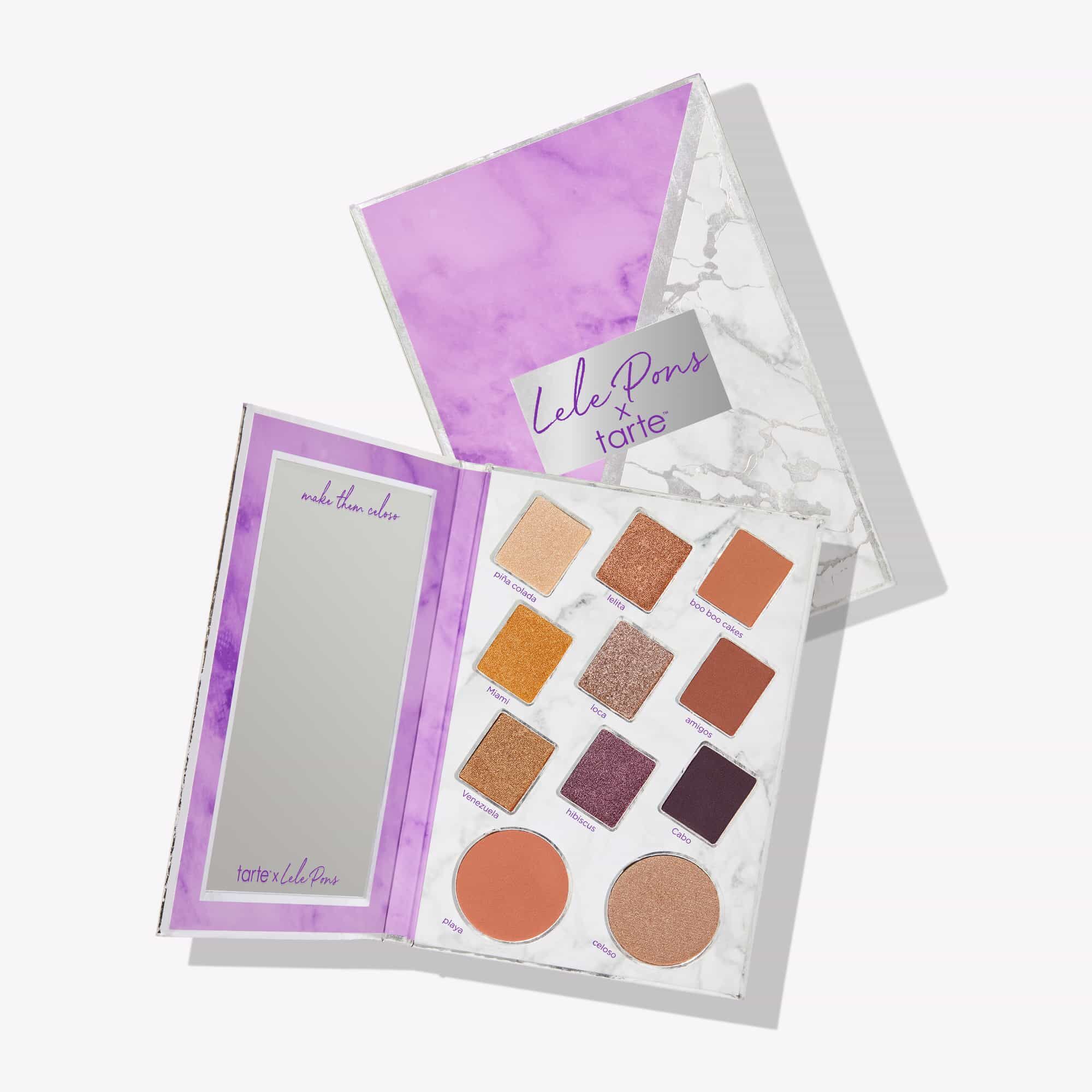 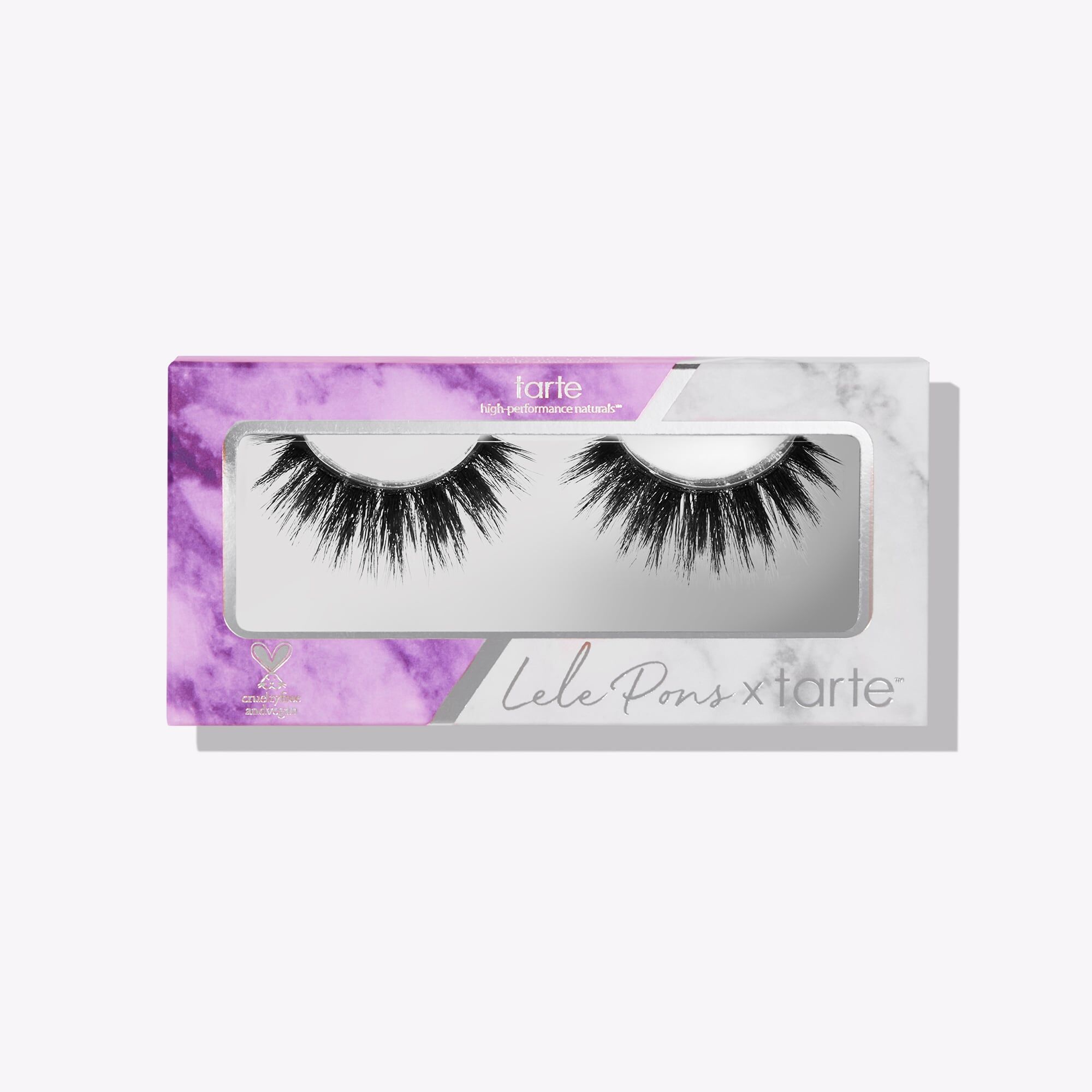 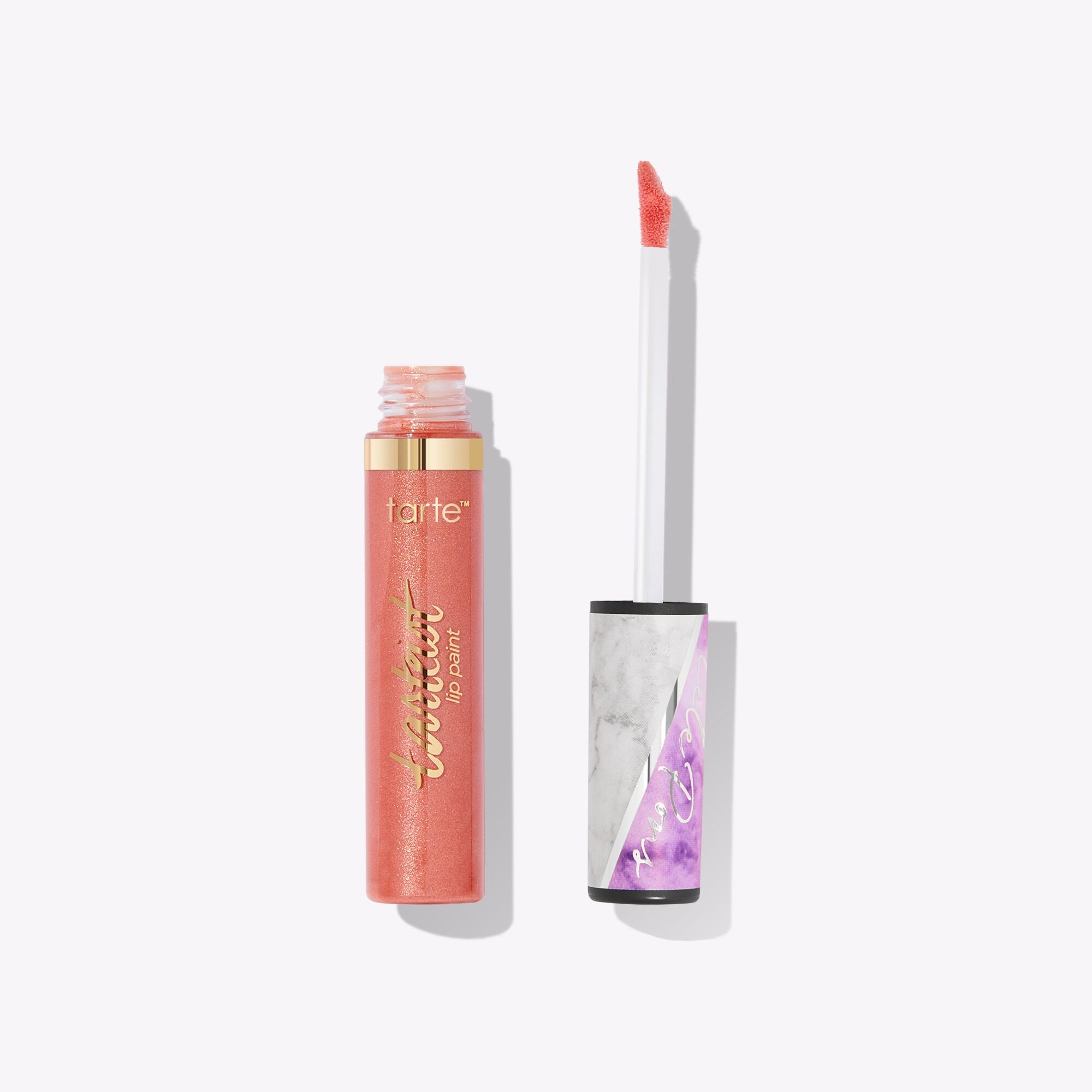 Tarte
Lele Pons X Tarte Vegan Lipgloss
$20.00
At Refinery29, we’re here to help you navigate this overwhelming world of stuff. All of our market picks are independently selected and curated by the editorial team. If you buy something we link to on our site, Refinery29 may earn commission.
Related Content:
Advertisement

Skin Care
Marianna Hewitt Is Making Peace With Her Acne In Quarantine
The connection between skin and mental health has never been clearer — and, in times of stress and uncertainty, a skin-care routine can be as much of a d
by Rachel Krause
Celebrity Beauty
Kylie Jenner Responds To Forbes Stripping Her Self-Made ...
It’s been a little over a year since Kylie Jenner reportedly reached the billionaire’s club with her makeup brand, Kylie Cosmetics — earning
by Thatiana Diaz
Beauty
Tom Holland Gave His Brother An At-Home Haircut — & Chaos Ensued
There’s no doubt that quarantine has brought out new talents for those who have the privilege of staying at home — whether that’s becoming a
by Thatiana Diaz
Celebrity Beauty
8 Celebs Who Chose To Remove Their Breast Implants
by Thatiana Diaz
Celebrity Beauty
Hilary Duff Just Recreated That Iconic Face Mask Scene From C...
Hilary Duff‘s quarantine content has been the best kind of internet distraction: The 32-year-old actress has been recording beauty tutorials, dyeing
by Megan Decker
Celebrity Beauty
Chrissy Teigen Is Undergoing Surgery To Remove Her Breast Implants
Update: After recently revealing that she planned to remove her implants after undergoing breast augmentation 10 years ago, Chrissy Teigen just announced t
by aimee simeon
Nails
Margot Robbie’s Summer Manicure Is Unexpected & So Chic
When you think of a winter manicure, the polish that likely comes to mind is your classic burgundy. It pairs well with a vodka cranberry, your favorite vel
by Megan Decker
Celebrity Beauty
Cole Sprouse Looks So Different After Rumored Lili Reinhart Split
If quarantine and breakups have one thing in common, it’s that they present themselves as perfect opportunities to change your go-to style — and in
by Sarah Midkiff
Celebrity Beauty
Gisele Bündchen Just Gave Her Daughter The Cutest At-Home Haircut
This weekend, while Tom Brady squared up against Tiger Woods and Peyton Manning in a charity tournament to raise money for COVID-19 relief efforts, Gisele
by Megan Decker
Celebrity Beauty
Ashley Benson’s Post-Breakup Hair Makeover Is Perfect For S...
A couple months of quarantine stir-craziness is enough to make anyone want to experiment with their hair — which we’ve clearly seen happen with num
by Thatiana Diaz
Celebrity Beauty
Cardi B Just Unveiled Her Finished Back Tattoo — & It’s Huge
Update: Earlier this week, Cardi B revealed a sneak peek at a massive new back tattoo on Instagram. Today, she gave fans a close-up look at the final produ
by aimee simeon
Ariana Grande
Ariana Grande & Lady Gaga Switch Hairstyles In Their New Music Video
NASA scientists discovered that the world stopped moving in its orbital rotation for a full three minutes and eight seconds today. OK, not really, but it
by Thatiana Diaz
Discover
R29 Stories & News
Watch
R29 Original Series & Films
Shop
R29's Most Wanted