Skip navigation!
Story from Dedicated Feature
Refinery29 is proud to partner with Target to celebrate Gen Z women who are Future Seekers: inspiring activism, challenging the status quo, and unapologetically pursuing their ambitions with excellence. For 17-year-old musician Tayahna Walcott, that means making music that unabashedly articulates her unique point of view.
Remember the semi-punk, semi-pop music genre mostly characterized by sad, quiet frontmen that was “emo” in the early aughts? It may be over, but Gen Z has taken it upon itself to revive the moniker for a different type of music — the moody, vibey, R&B-influenced kind; the kind that makes you feel all the feels; the kind that articulates emotions we can’t even begin to express in regular conversation. This is what 17-year-old Tayahna Walcott has been making for a decade.
Advertisement
A self-taught singer-songwriter, rapper, producer, and DJ, the New York-born-and-raised Walcott has been performing since she was 6 years old, when her mom first entered her into talent shows (which she’d always win for her singing). Since then, she’s performed at iconic NYC venues like the Apollo Theater and B.B. King's Blues Club, released an EP called In The Meantime… along with a slew of singles, and racked up 26,000 Instagram followers who are always asking for more music.
But Walcott isn’t chasing fame — instead, what she cares about most is projecting her most authentic self (a growing pursuit for her generation, which is largely pivoting away from fabricated social media personas in favor of honest expressions of real life). For her, part of that means not glossing over her unique perspective — for example, by deliberately using the pronoun “she” in love songs to reflect her lived reality as a queer artist.
“It’s my outlet. With that also comes difficulty, putting the music out, because it’s such a vulnerable part of me. With some of my songs, my mom is like, What happened?! I’m also just hoping that people can relate to it. When you find a song that really captures your emotions, that’s a really good feeling. So I hope I can do that for other people.”
Walcott’s influences vary widely: Her Guyanese father instilled a love of Caribbean R&B, while her British mother gave her an education in London house music. There’s also her environment (whatever it is at the time), the people she meets and interacts with, the artists dominating the streaming charts right now, as well as the musicians who were famous long before she was born.
Advertisement
“Aside from [my parents’] taste in music and their own cultures, just being surrounded by people who are open-minded and seasoned in that sense allowed me to have the space to explore different things and listen to different things and be exposed to different things. So that’s really important to me — my family, my culture, my heritage.”
Walcott’s music is both incredibly introspective and relatable. With “how long do forevers last,” lyrics muse on queer romance, whereas “4U” recounts bitter fighting between two lovers; another, “ill be down,” is a more vibey track about “living in the now,” addressed to a girl whose relationship’s future is unclear. They’re moody (“emo” as she says) and at times sad or, if she’s in love, downright “corny.” Regardless of what emotion she’s expressing, Walcott’s tracks are a consistently unfiltered window into her mind.
“I really take my time in writing meaningful lyrics and making meaningful songs, and I think that’s the most important part of my music to me — the authenticity,” she says. “Yes, there are times when I’m like, Oh my gosh, I want to be rich and famous, you know, but then, especially doing things like this, I have to make sure that I don’t lose myself and I’m still authentic and expressive.”
Walcott doesn’t release a new single until she has perfected every detail of the production: lyrics, melody, beats, instrumentation, and finalizing the track. “My production process is intertwined with my songwriting process; whether I start with a concept for a beat or for a song, I’ll work on the beat for a little bit, hum a melody, add some more — so it’s kind of like a puzzle. More recently I’ve been playing more instruments on my tracks, rather than synthesizing sounds, so I take my time with it. I enjoy playing and figuring it out.”
Advertisement
Beyond music, Walcott’s creative self-expression also extends to another area of her life — her clothing. After wearing a uniform all throughout middle school in a building that had less than 100 kids, she came face to face with almost 3,000 fellow students and no dress code at Manhattan’s LaGuardia High. A newfound freedom in her wardrobe coupled with a much larger group of peers meant Walcott started to really think about what personal style meant to her.
“Dressing for high school is really just about asking myself, How do I want people to perceive me? Especially being queer, I felt like I needed to represent that and figure out how I could depict who I was through my clothes. But gradually it changed to more like, What makes me feel beautiful and what makes me feel comfortable? That’s been liberating and easier to pinpoint because I’m not really dressing for other people. I just like what I like, and I put on what I wear. It’s pretty simple.”
You could say Walcott is the perfect embodiment of Gen Z’s propensity for pursuing multiple skills and talents at once, but if it came down to it, she’d rather simply represent herself.
“I just keep things really real and really blunt with myself about my role in the world in the grand scheme of things. With everything that you do, you have to ask — what is the purpose? What do I want to convey? What am I contributing back to the world that can touch people? Asking questions like that keeps me grounded and intentional, with everything that I’m doing.”
shop 4 products 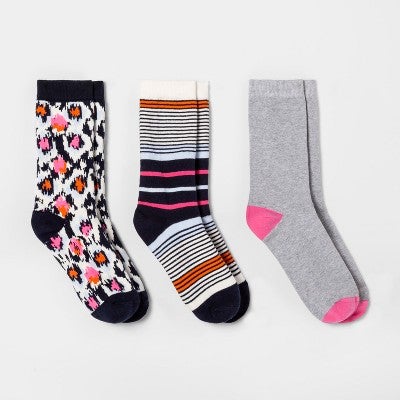 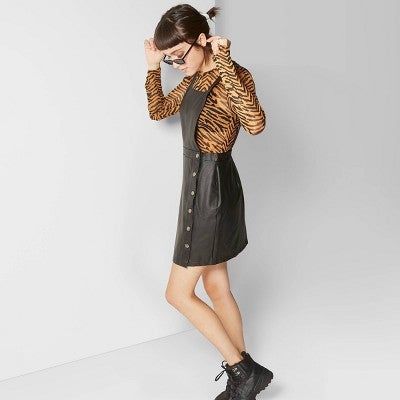 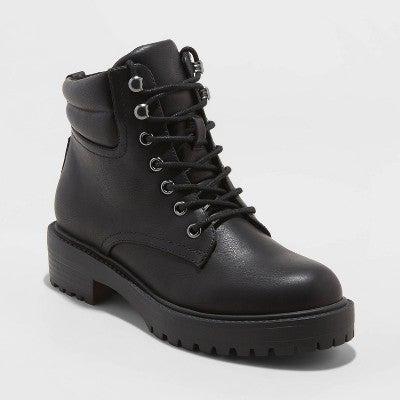 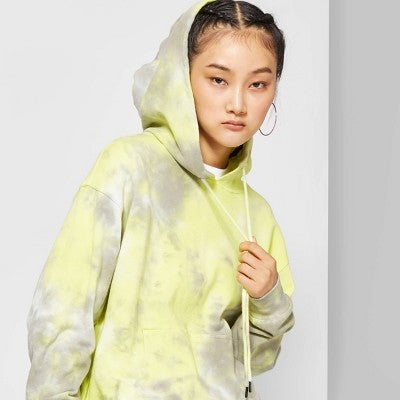 promoted
Wild Fable
Tie Dye Hooded Sweatshirt
$14.00$20.00
Target
Advertisement
Unbothered
India Shawn Is Proof R&B Is Far From Dead
For lovers of R&B, singer-songwriter India Shawn’s debut album BEFORE WE GO (DEEPER) is a breath of fresh air and a welcome return to the roots of th
by Christa Eduafo
Unbothered
Cat Burns Is TikTok’s Latest Obsession: “As A Black, Queer ...
I knew Cat Burns’ music before I knew Cat Burns. The melodic sounds of Go — the South London songwriter’s first single to top the official chart
by L'Oréal Blackett
Entertainment
G Flip Opens Up About Their Gender Identity Journey & Finding Love
The past 18 months have been nothing less than a whirlwind for Australian musician G Flip. The 27-year-old moved to the US during a global pandemic, public
by Alicia Vrajlal
Advertisement
Hot Girl Somos
9 Latina DJs Throwing Summer Parties From LA To Miami
Here’s something that’s not up for debate: Latines know how to party.   After all, we grew up staying up till the crack of dawn at family gat
by Ashley Garcia Lez...
Somos Latinx
Latin Music Has a History of Homophobia — These Queer Artists Are...
To celebrate queerness in any real way is to understand that trendsetting and culture-making is always bottom-up, not the other way around. We’ve seen th
by Marjua Estevez
Unbothered
Jack Harlow Didn’t Belong At The BET Awards — But Brandy Did
At the 2022 BET Awards, singer-songwriter Brandy proved that she is one to keep her promises. Last month, via Twitter, she promised to “murk this dude in
by Wisdom Iheanyichukwu
Unbothered
Lil Nas X’s Beef With BET Runs Deeper Than A Snub
Since he first burst onto the music scene, Lil Nas X has been known to make a statement; from his viral debut “Old Town Road” to its scandalous followu
by Ineye Komonibo
Unbothered
The Womack Sisters May Come From Black Music Royalty, But They...
Every June, the world comes together to honor the endless contributions that Black musicians past, present, and future make to the culture. However, for th
by Ineye Komonibo
Unbothered
House Music Has BEEN Black — Beyoncé Is Just Bringing It Back
One thing about Beyoncé, she’s always going to start a conversation. This time, at the center of the discourse surrounding Queen Bey is “Break My Soul
by Niki McGloster
Unbothered
Flo Milli Is “Conceited” & Not Ashamed To Say It
Flo Milli, the 22-year-old princess of rap, is back with her latest track and video for “Conceited.” Produced by Fyre, Trinidad James, and Kosine, the
by Wisdom Iheanyichukwu
Unbothered
Baby Tate On BBLs, Self-Love & Making Music For Black Women
It’s summertime, so you know what that means: the girls are serving curves and confidence at the pool, the beach, and the cookout. Sadly, this also means
by Taiia Smart Young
Unbothered
Wake Up!!! The New Beyoncé Album Is Coming
If you thought your Thursday morning was off to a productive start, think again. Nine years after the Beyoncé album drop that literally broke the internet
by Ineye Komonibo
Advertisement
Advertisement
Discover
R29 Stories & News
Watch
R29 Original Series & Films
Shop
R29's Most Wanted