Skip navigation!
Story from Politics
It's rare that a "fashion" movie gets it right; either the protagonist is so air-headed and ditzy we can't help but root for her eventual financial crash, or the clothes look like they were picked out by the styling team at Libby Lu. However, upcoming film Fabulous Nobodies seems like a fashion movie that might have some legs.
Set in the late '80s, the story follows a 20-something NYC door girl, Reality Nirvana Tuttle (with the appropriately It Girl nickname, "Really"), as she mans the door at nightclub Less is More and decides which "nobodies" are fabulous enough to enter. Julie Anne Quay, former Executive Editor at V Magazine who optioned the movie rights, told WWD that the movie is "Emma meets Clueless" (never mind the fact that Clueless is actually a modern take on the Jane Austen title). Oh, and with The September Issue's R.J. Cutler helming the director's seat, it's sure to be a fashion-filled movie as over-the-top as Sex and the City (but hopefully with a plot line that actually makes sense). Now...who has your vote to play Reality? (WWD) 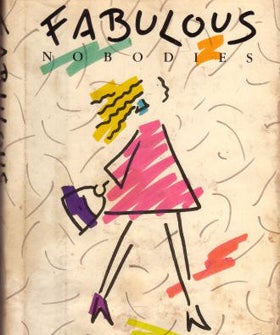 News
After Trump Made Transphobic Comments, Candace Owens Praised Him ...
Following former president Donald Trump‘s CPAC speech, in which he continued to falsely claim the election was stolen, allege voter fraud, and tease
by Asia Ewart
News
Did Madison Cawthorn Lie About The Accident That Left Him Paralyzed?
It’s safe to say the Republican party has become synonymous with lying. Their former leader, Donald Trump, lied more than 30,000 times during his fou
by Danielle Campoamor
News
Apparently, Ted Cruz’s Fellow Senators Love Making Fun Of H...
After the most ill-advised vacation of all time, Ted Cruz is getting a warm welcome back to America from his colleagues in the Senate. NBC News reported th
by Lydia Wang
Donald Trump
We Have A Lot Of Questions About This Giant Gold Statue Of Trump
This weekend, Donald Trump will be headlining Coachella for Insurrectionists (that is, the 2021 Conservative Political Action Conference) in his first majo
by Lydia Wang
News
Her Ex Called Her A “Moron,” So This Woman Got The Be...
There’s never a right time to insult and name-call an ex. But perhaps one of the worst possible times to start a fight with a former fling might be w
by Erin Corbett
Joe Biden
Is Joe Biden Doing Enough?
Despite the many claims, tweets, and hopes for 2021, there was no sudden return to “normal” when Joe Biden was inaugurated as the 46th president last m
by Lydia Wang
News
Marjorie Taylor Greene Put A Transphobic Sign On Her Office Door ...
As the House of Representatives prepares to vote on the Equality Act today, which offers much needed legislative protections for the LGBTQ+ community, Repu
by Sarah Midkiff
News
Former Aide Lindsey Boylan Wrote A Detailed Essay Accusing Gov. C...
In an essay published to Medium on Wednesday morning, one of Governor Andrew Cuomo’s former colleagues accused him of sexually harassing his staff and cr
by Lydia Wang
News
Where In The World Is All Our Mail?
The U.S. Postal Service has been plagued by continuous delivery delays for nearly a year now, and many people are hitting a breaking point with their frust
by Sarah Midkiff
News
Why Republicans Are Pushing Back Against Xavier Becerra’s C...
On Tuesday, Xavier Becerra, California’s attorney general and President Joe Biden’s choice for the nation’s top health official, finally
by Elly Belle
Coronavirus
These Cities Are Seeing Surges In Vaccinations — But Only In The ...
Over the past couple of weeks, some states have expanded eligibility for COVID-19 vaccines to certain age-specific and at-risk groups. The light at the end
by Sarah Midkiff
News
Ahmaud Arbery’s Mother Talks About The Trauma Of Her Son...
On this day one year ago, Ahmaud Arbery, a 25-year-old Black man, was killed by two white men while out for a jog in his neighborhood in Georgia. For a whi
by Elly Belle
Discover
R29 Stories & News
Watch
R29 Original Series & Films
Shop
R29's Most Wanted