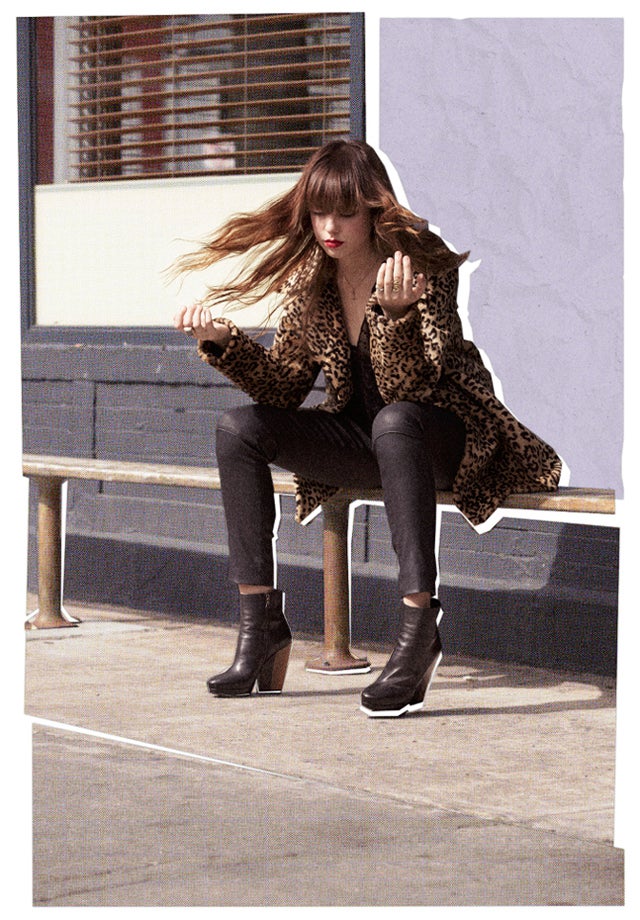 Photographed by Dan McMahon. Illustrated by Ammiel Mendoza.
Born in Michigan and raised around the world — from South Africa to Australia (and later London, L.A., and, now, Brooklyn) — Diane Birch has a global view of pop that’s as eclectic as her upbringing. “I’m always inspired by music that feels very wide and huge,” she says. While Birch always had a penchant for sweeping songwriting, four years after her Americana-drenched debut, her new album incorporates her vastest array of influences yet, with songs that recall everything from ‘80s megahits to Phil Collins and Fleetwood Mac. “There was a lot of stuff from the first record that I didn’t get to express," she says, "especially stylistically and musically."
Advertisement
For Speak a Little Louder, Birch wanted to share the myriad (occasionally, contradictory) facets of her musical personality. That meant incorporating different styles of production and arrangement and, occasionally, returning to her classically trained roots. (“I even sing opera at one point.") It also meant writing an album that represents who she is today, with more intimate lyrics that capture her grown-up personality. “I don’t know if it’s good, if it’s bad — I have no idea,” says Birch, who's been keeping much of the music close to her chest for years. “Just the idea of sending the music out into the world is very exciting.” 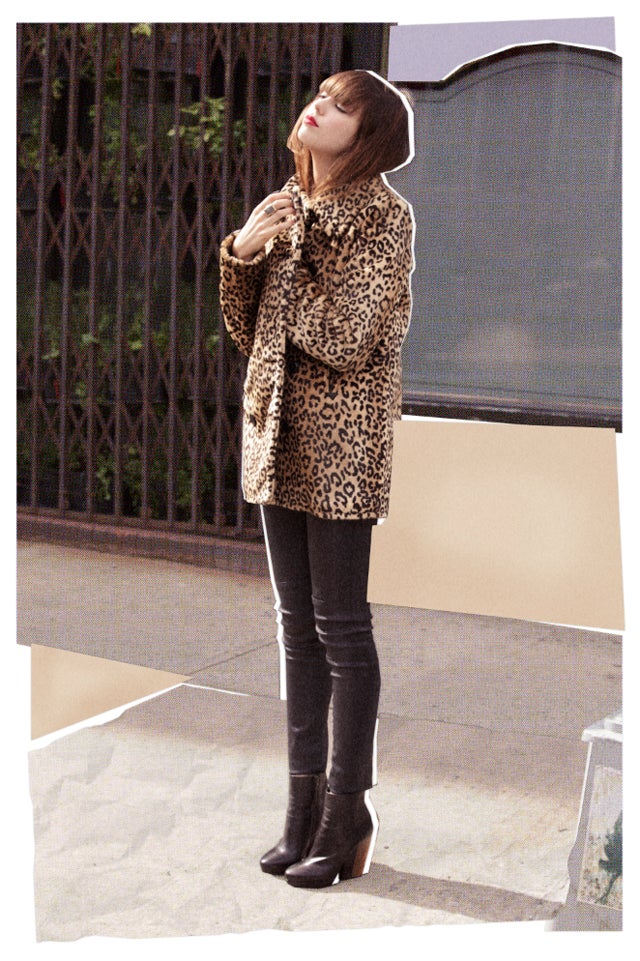 Under the Influence
“This album was taking a lot more of my influences and putting them into the mix. I wanted to make music I could play in an arena. I was really inspired by classic pop songs with thumping, anthemic hooks. It was really important to me to showcase a lot of my influences without it sounding like a cluster-fuck, for lack of a better word. A lot of things that I’m into contradict each other stylistically. I love New Wave. I grew up listening to goth music — Bauhaus, Sisters of Mercy. But, then I got into this soft-rock sort of thing. I wanted to put those things together, [combining] adult contemporary, like Phil Collins, and then my influences, which are a lot darker."

All Stars
"I was writing at a point where some people in my life, and myself, kind of weren’t sure what we were doing with our lives, with ourselves. It was at a point where the record was kind of in a lull. Then I had this burst of information, where [I realized that] we’re all stars. There are so many people that are so talented, and all my friends are artists and I’m so inspired by them, but the world doesn’t know them. I want everyone to know! Even though we’re not getting the exposure that maybe we deserve in life, we’re still superstars."

Basic Instinct
"I think the worst advice I ever had, which may not have been said out loud, was to take direction when it comes to creativity. Every time I haven’t trusted my instincts, it’s always come back to bite me in the ass. 'You just need to trust other people’s visions' is the worst advice. The best advice came when I was doing demos way back in L.A. I was working with someone, and we kind of got into it — he was probably a little bit annoyed with me, because I was very opinionated. But, when we finished, he said, 'Always trust your instincts.'"

A Little Bit Country
"I listened to something off of my first record — I never listen to my first record — and I was like, ‘I totally sound like a country singer.’ I have this natural style in my voice. I think there’s this nasally thing that I have. I like country, but the stuff I’ve listened to is more vintage, like Johnny Cash, Dusty Springfield, or Dolly Parton. I don’t listen to any modern country really."

Driven to Distraction
"I can’t filter out the things that are around me. When I lived in L.A. and London, I didn’t have much exposure to anything. I used to write so fast — I was writing songs every single day. I was super-prolific. Being here [in New York] is really distracting. Sometimes I hear other people’s music, and I’m like, 'Maybe I should be doing that? I suck!' It’s easy to lose the sound of your own voice when there’s so much going on. I let the outside influence me, but I have to make sure it’s influencing me for the right reason."

Pop Culture
Britney Spears Asks To End “Abusive” Conservatorship In Heartbrea...
At a rare open court hearing in Los Angeles on the afternoon of June 23, Britney Spears spoke out for the first time in years to address serious concerns a
by Natalie Morin
Best of Netflix
Everyone Is At Home Watching These 10 Shows & Movies On Netflix R...
by Ineye Komonibo
Best of Netflix
Everything Coming To Netflix In July 2021
by Ineye Komonibo
Advertisement
TV Shows
Everyone Who Got Duped Into Starring On Too Hot To Handle ...
by Ariana Brockington
TV Shows
Too Hot To Handle Has A TikTok Thirst Trap Star. Let Peter...
“I’m in a villa. I can’t kiss. I can’t masturbate. I can’t do anything,” Peter Vigilante laments to Refinery29 over video chat from his family
by Ariana Romero
TV Shows
Sexy Beasts Is Netflix’s Baffling New Dating Show
It makes perfect sense that we’re at a point in dating show history where singles are being transformed into life-sized animals with the help of Hollywoo
by Sydney Clarke
TV Shows
In Boy Love Shows, Queer Stories Exist With Pride
Kokoy de Santos, the 23-year-old Filipino actor in Gameboys, is everything you could want in a heartthrob — debonair as he is handsome, with a smile that
by K-Ci Williams
Entertainment News
Chris Brown Is Under Investigation Over Alleged Battery Of A Woman
Chris Brown is under investigation again. Brown is accused of striking a woman during an argument on June 18. According to a spokesperson for the Los Angel
by Sydney Clarke
Entertainment
Kevin Can F**k Himself Helped Annie Murphy Find Her Anger
Watching Kevin Can F**k Himself might make you rethink everything you love about sitcoms. The new AMC series, starring Annie Murphy, sheds a completely inv
by Morgan Baila
Movies
Everything Leaving Netflix In July 2021
by Natalie Morin
Movies
Iliza Shlesinger’s Real-Life Dirty John Inspired Her New Ne...
Iliza Shlesinger has a theory about our collective cultural obsession with scammers. “These are people hiding in plain sight,” the comedian tells Refin
by Anne Cohen
The Bachelor
OWN’s Ready To Love Is The Dating Show You’ve Been W...
Being a Black Bachelor fan has never been easy, but the recent seasons of the massive ABC dating franchise have been especially hard to deal with. Due to a
by Ineye Komonibo
Advertisement
Advertisement
Discover
R29 Stories & News
Watch
R29 Original Series & Films
Shop
R29's Most Wanted