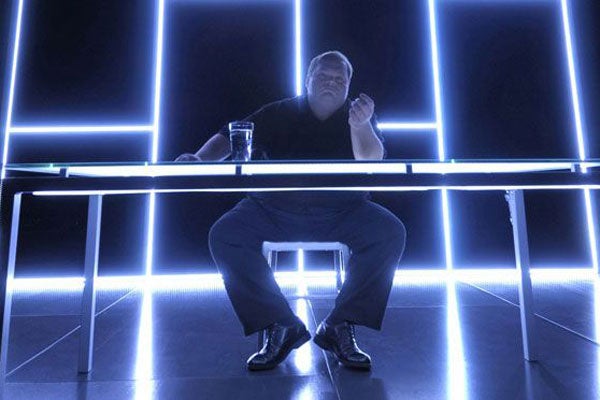 As we told you, Mr. Mike Daisey totally broke our brains and rearranged the pieces after we listened to an excerpt of his The Agony and The Ecstasy of Steve Jobs on a recent episode of
This American Life
. The takeaway was pretty grim — across the seas in Shenzhen, Hong Kong, hundreds of thousands of workers constructing your favorite luxury tech products toil under labor conditions that strain the boundaries of human rights. Yes, to lessen the cost of your beautiful, perfect iPhone or iPad, human beings are accidentally maimed, driven to suicide, and subjected to demands most Americans wouldn’t place on an animal. Daisey’s monologue on the subject was revealing and revelatory enough for us to seriously ponder our own fashion shopping habits.

Advertisement
But, as we said, changing our buying patterns may not be as effective in the long term as simply shedding light on how our consumer goods are produced. Proof positive: Apple announced this week that it has invited a third-party human-rights watch group to conduct studies of the now-infamous Foxconn plant in Shenzhen ­— far and away the biggest producer of iPads and iPhones. This audit seems to be the real deal as the not-for-profit conducting it, the Fair Labor Association, is not only well regarded, but will make its findings known to the public. Bottom line, because of Mike Daisey’s personal obsession and a series of inspired articles in the New York Times, transparency and change may be coming to Foxconn. Funny (or not so) how shame can be a powerful force for good.
We can only hope that this bold first step from Apple will serve as a wake-up call to both marketers and manufacturers world wide — you may secret your production away from the eyes of concerned consumers, but on this digitally connected globe, there really is no place to hide.
Residents of the D.C. area can see Mike Daisey’s The Agony and The Ecstasy of Steve Jobs live, July 17 to August 5, at the Wooly Mammoth Theater. Mr. Daisey’s segment on This American Life is available online at www.wbez.org.
Photo: via Facebook.
Somos Latinx
I Lead An Abortion Fund in the South. My Work Just Got Harder But...
I was 16 years old when I had my first abortion. I’d been sexually assaulted and got pregnant. I told my mom that I needed an abortion and she said no. S
by Stephanie Loraine...
Abortion Access For All
9 Posters To Bring To Your Next Abortion Rights Rally
It’s official: The Supreme Court has overturned Roe v. Wade. On June 24, people started gathering to protest against the loss of our Constitutional r
by Elizabeth Gulino
Abortion Access For All
How To Access Abortion Post-Roe
This story has been updated to reflect the overturning of Roe v. Wade by the Supreme Court. The Supreme Court has decided to overturn Roe v. Wade, the 1973
by Molly Longman
Advertisement
Abortion
What Abortion Rights Will Look Like in Your State
In a 6-3 opinion, the United States Supreme Court has overturned federal protection for abortion. While the upcoming ruling was expected, it’s only the b
by Neda Toloui-Semnani
Abortion
What Will The Roe v. Wade Decision Mean For Puerto Rico?
This story has been updated to reflect the overturning of Roe v. Wade by the Supreme Court. Dr. Yari Vale Moreno is hiring an armed security guard to stand
by Raquel Reichard
Abortion
“I’m Prepared To Scream Until My Throat Is Raw.” 6 Te...
On May 1, my biggest concerns were getting ready for prom and passing my AP tests. By the next night, my priorities were drastically different. A draft opi
by Eve Thompson-Brown
Somos Latinx
Inside the Fight for Emergency Contraception in Honduras
Gente Power is a monthly Somos series profiling the Latinx activists, cultural workers, educators, and movement leaders creating change in their communitie
by Jessica Hoppe
Somos Latinx
After the Uvalde Shooting, We Need Gun Control — Not More Border ...
Less than two weeks after the mass shooting at a supermarket in Buffalo, New York, which targeted Black patrons, another senseless massacre in Texas claime
by Marjua Estevez
News
How To Help Those Affected By The Texas School Shooting
Unimaginable. The word has been used a lot in the past 24 hours to describe the horrific news that a gunman killed at least 19 children and two teachers at
by Molly Longman
Somos Latinx
The “Great Replacement” Theory Is the American Way
Several months before Payton S. Gendron carried out a racist mass shooting at a supermarket in Buffalo, New York, which targeted Black patrons, the 18-year
by Marjua Estevez
Unbothered
Kevin Samuels’ Death And The Politics Of “Grief Respectability”
In the weeks since Kevin Samuel’s death, there have been various reactions to his passing. Some praised the late YouTube host, a self-proclaimed “datin
by Cheyenne M. Davis
Abortion
Kamala Harris On Forcing People To Stay Pregnant: “Women Are Dyin...
On May 11, as expected, the Democrats’ latest effort to protect abortion rights failed to pass in the U.S. Senate. But — echoing the likely doomed
by Molly Longman
Advertisement
Advertisement
Discover
R29 Stories & News
Watch
R29 Original Series & Films
Shop
R29's Most Wanted