Skip navigation!
Story from Beauty
Photo: Kevin Mazur/Getty Images.
Machine Gun Kelly is a true multi-hyphenate. He already has an acting career, number-one album, and multiple music awards under his belt — and now he's adding to his impressive CV with the launch of his very own nail polish brand, UN/DN.
If you're a fan of Machine Gun Kelly (aka Colson Baker), you'll know that this new venture makes perfect sense, as the musician has long been a fan of nail art. He regularly rocks designs inspired by his latest album, Tickets To My Downfall, as well as The Nightmare Before Christmas character Jack Skellington, not to mention matching manicures with girlfriend Megan Fox. There are Instagram fan accounts and various Twitter threads dedicated to his love of nails and normalizing nail polish on men.
Advertisement 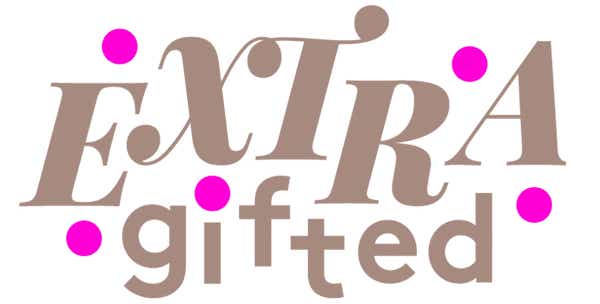 So what can you expect from UN/DN? The details are still under wraps, but a statement by Unlisted Brand Lab CEO and founder, Candy Harris, shared by Nylon revealed how thrilled the company is to create the upcoming beauty collection with Machine Gun Kelly. "We’re honored to be working with MGK on this rare opportunity to build a brand that will progress a category to embody a cultural shift that has been a long time coming."
Machine Gun Kelly's loyal fanbase will already have spotted a couple of nail polish products on his official website in opalescent silver, neon pink, and jet black, which were launched to support his recent album. No doubt the hotly-anticipated new collection will also take inspiration from his recent hits. A bright red named "Bloody Valentine"? Green after "Concert For Aliens"? Either way, it's going to be a sell-out, as MGK fans have already hinted at on Twitter.
"Ahhh as a person who wears nail polish 24/7 and changes repaints every week, this is so exciting," said one MGK fan, while another wrote: "This is so big for you & for the fact that it is completely normal for men to wear nail polish."

Machine Gun Kelly is often praised for breaking gender norms, whether through beauty or fashion choices. At the 2020 MTV Video Music Awards, people mocked the rapper for wearing head-to-toe pink, to which he responded on Twitter: "Grown men are still insecure of other men wearing pink in 2020?? We don’t do toxic masculinity in 2020."
Going by the limited information we do have, UN/DN is for absolutely everyone. While there is no indication of the shades and finishes just yet, the collection (which appears to be limited edition) will drop in the fall.
Beauty
How To Get A Drake Candle With Your Next Postmates Order
This weekend, Drake wants us all to be able to have a nice candlelit dinner at home. The rapper just announced an exclusive partnership with Postmates, rel
by Sarah Midkiff
Celebrity Beauty
Lori Harvey’s New Skin-Care Line Is Michael B. Jordan-Approved
In the latest installment of Vogue’s Beauty Secrets video seies, Lori Harvey took fans through her everyday getting-ready routine and casually dropped th
by Sarah Midkiff
Beauty
Lil Yachty Just Announced His New Nail Paint Line
There’s been no shortage of celebrity beauty lines lately. Pharrell, Jennifer Lopez, and Priyanka Chopra (to name a few) have all tapped the skin and
by aimee simeon
Advertisement
Celebrity Beauty
Katy Perry Is The Latest Star To Try Out Bleached Brows
For last night’s Disney-themed American Idol show, judge Katy Perry came dressed in character as Tinker Bell, which proved to be quite the undertaking to
by Sarah Midkiff
Celebrity Beauty
Billie Eilish Showed Off The Tattoo She Said We’d Never See
In her internet-breaking cover and photo spread in British Vogue, award-winning singer Billie Eilish gave us a glimpse of something she said we would never
by Sarah Midkiff
Beauty
Kim Kardashian Just Bleached Her Eyebrows — & Thinks They’r...
If you need proof of the transformational power of eyebrows, allow Kim Kardashian to provide a visual. You might think that you’d recognize the SKIMS
by Megan Decker
Celebrity Beauty
Olivia Rodrigo Just Spilled All On A Secret New Glossier Product
In the latest Vogue Beauty Secrets video, “Driver’s License” singer Olivia Rodrigo takes us through her everyday makeup routine. The 10-minut
by Sarah Midkiff
Celebrity Beauty
Kourtney Kardashian & Penelope Wear Matching “Leopard Frenc...
Kourtney Kardashian just shared her latest manicure on her Instagram Story, which is par for the course for a member of the Kardashian-Jenner family. What&
by Sarah Midkiff
Beauty
Naomi Osaka Is Making Her Own Sunscreen
For champion tennis player Naomi Osaka, the sun is an occupational hazard. When competing on outdoor courts, the reigning US Open Singles titleholder often
by Megan Decker
Beauty
Sza Shows Off Her Natural Hair & Fans Want The Deets On Her Routine
Like any other physical transformation, the natural hair journey is a deeply personal, revealing, and rewarding one for most people — even your favorite
by aimee simeon
Oscars
Steven Yeun’s Oscars Hair Pays Homage To An Iconic Asian Film
Best Actor nominee Steven Yeun attended last night’s Academy Awards ceremony wearing a classic tuxedo and taking inspiration from a classic Asian film fo
by Sarah Midkiff
Celebrity Beauty
Halle Berry Debuted A Divisive New Haircut On The Red Carpet
Many of Halle Berry’s most memorable red-carpet looks, like her legendary 2002 Oscars moment, are synonymous with her iconic short haircuts. The star
by aimee simeon
Advertisement
Advertisement
Discover
R29 Stories & News
Watch
R29 Original Series & Films
Shop
R29's Most Wanted