Skip navigation!
Story from Sex
Urban Dictionary defines "sapiosexual" as "one who finds intelligence the most sexually attractive feature," but its example of what a sapiosexual would actually say he or she is looking for is a little more descriptive: "I want an incisive, inquisitive, insightful, irreverent mind. I want someone for whom philosophical discussion is foreplay. I want someone who sometimes makes me go ouch due to their wit and evil sense of humor." Sound pretentious? Maybe. (Critics certainly think so.) On the other hand, identifying as sapiosexual could just be someone's way of saying he or she is simply seeking a partner who can provide interesting conversation. Sapiosexuals often express a desire to date someone for more intellectual reasons than looks — so that they can transcend contemporary hookup culture (though we certainly have no problem with a straightforward NSA hookup). Of course, satisfying those desires isn't always easy. One sapiosexual Whisper user posted concerns of "looking bitchy for turning people down who don't put intelligent conversation first," while another wrote about having to end "a fun FWB situation because his only topics of conversation were sex and cars." Many describe a need to feel mentally stimulated by their partner, which is far from unreasonable — that's probably something many people, regardless of their orientation, want in a significant other, right? Below, 14 people share what dating is like as a sapiosexual — via secret-sharing app Whisper.
Advertisement 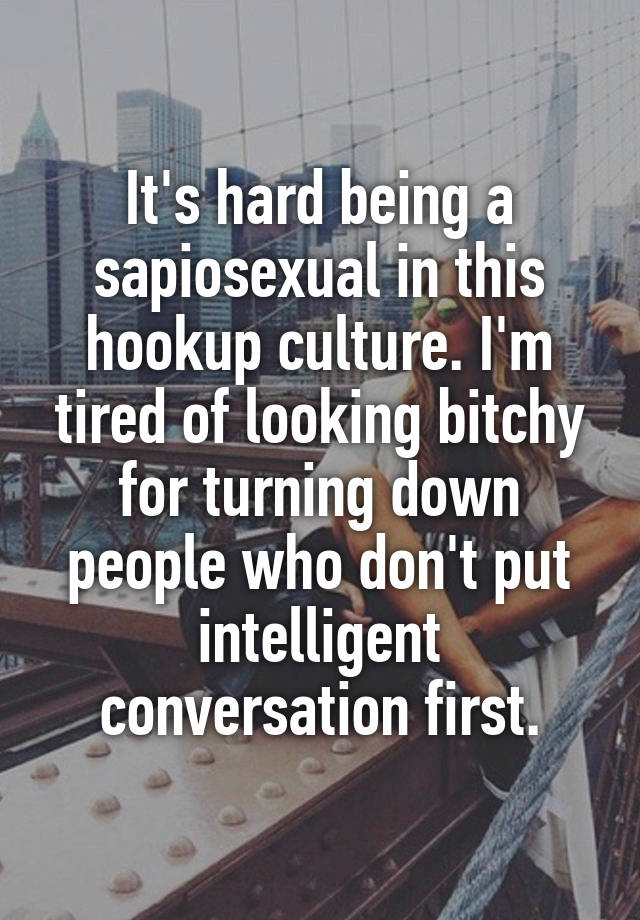 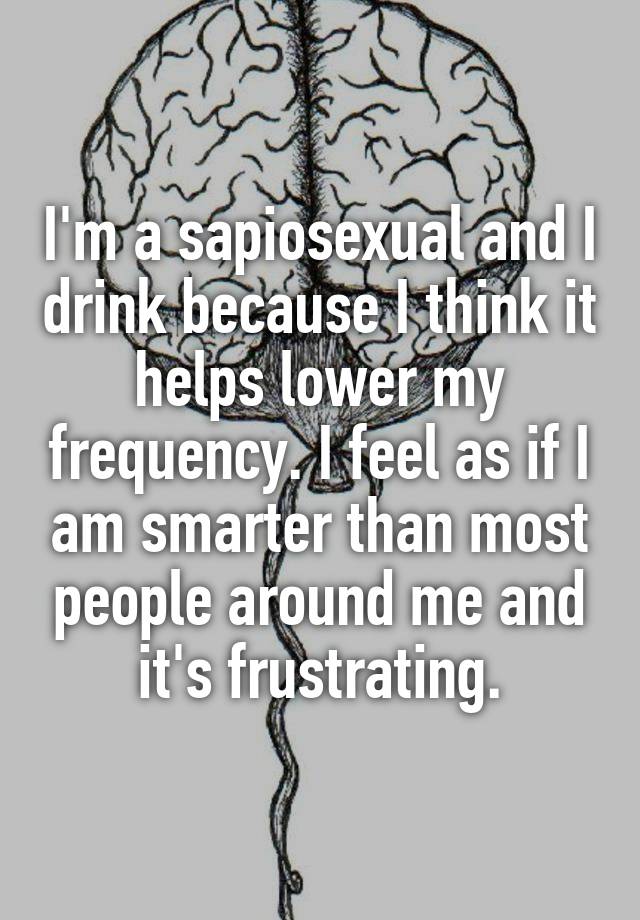 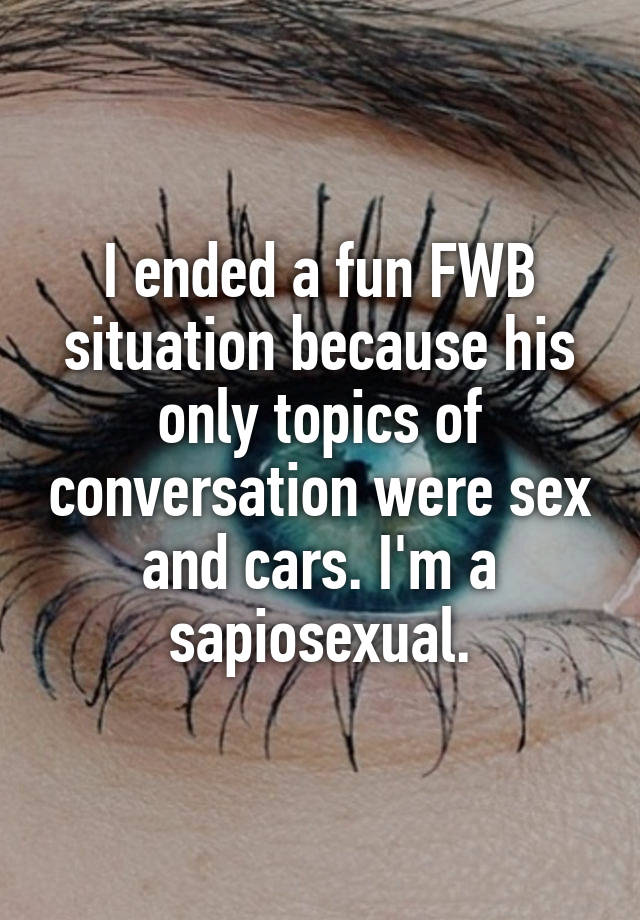 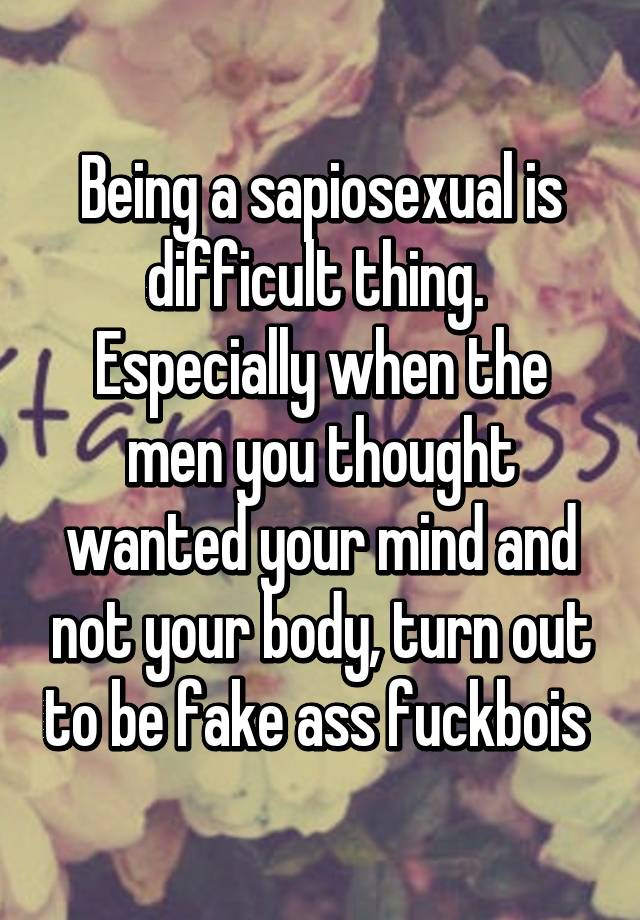 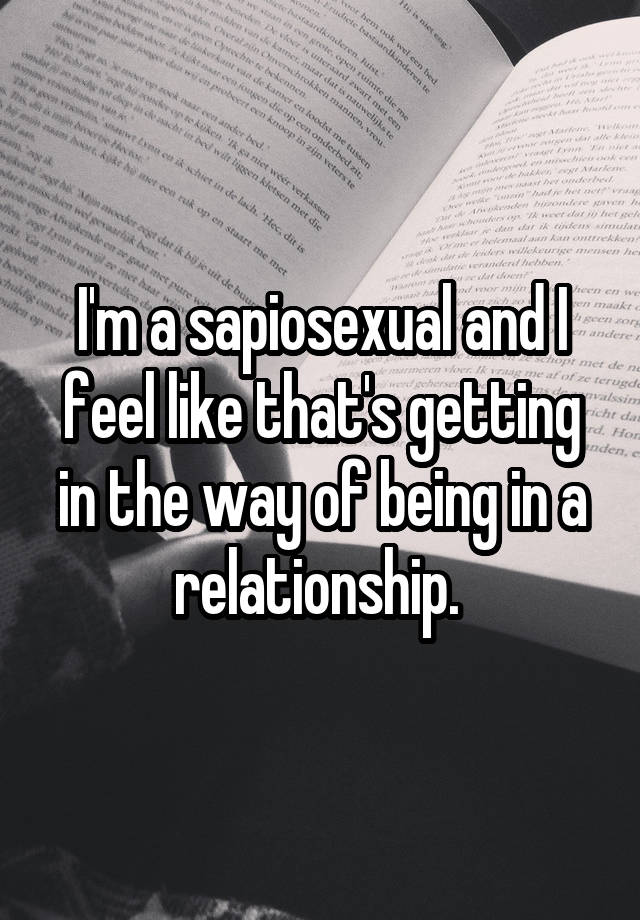 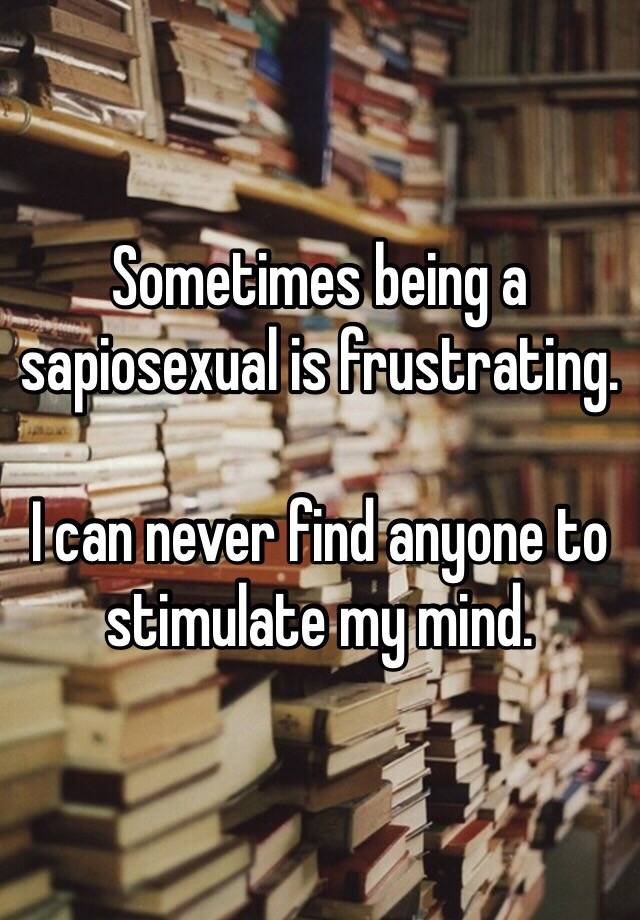 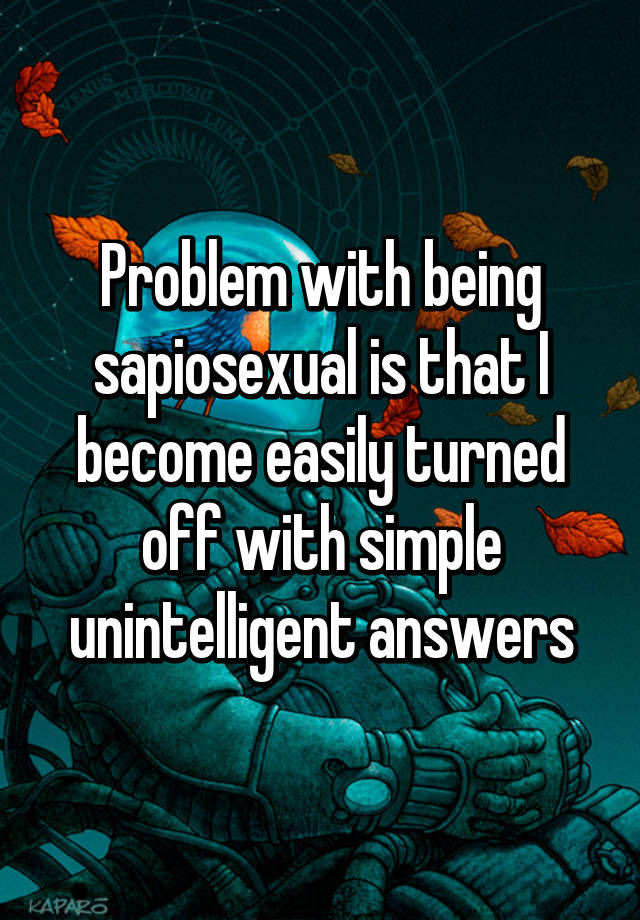 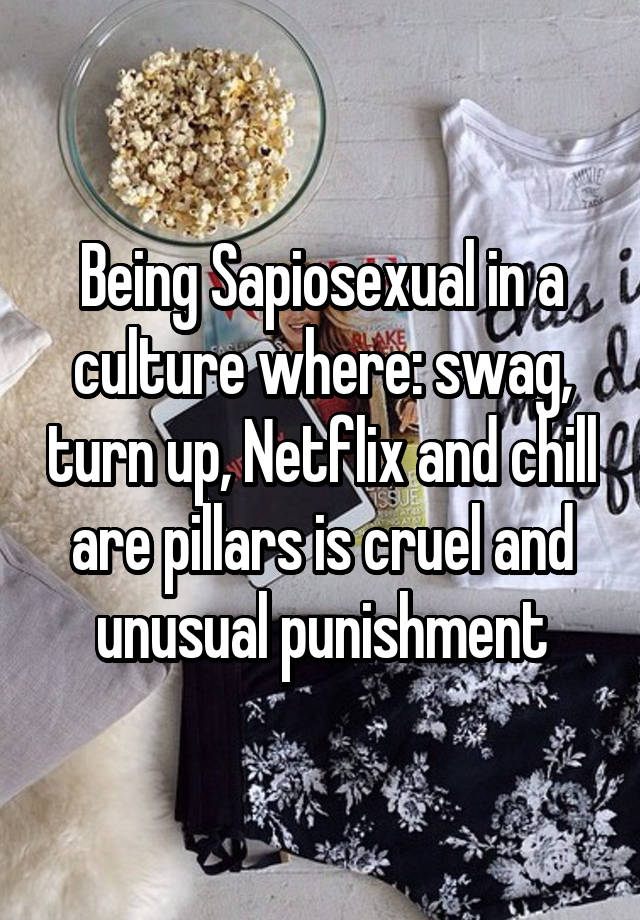 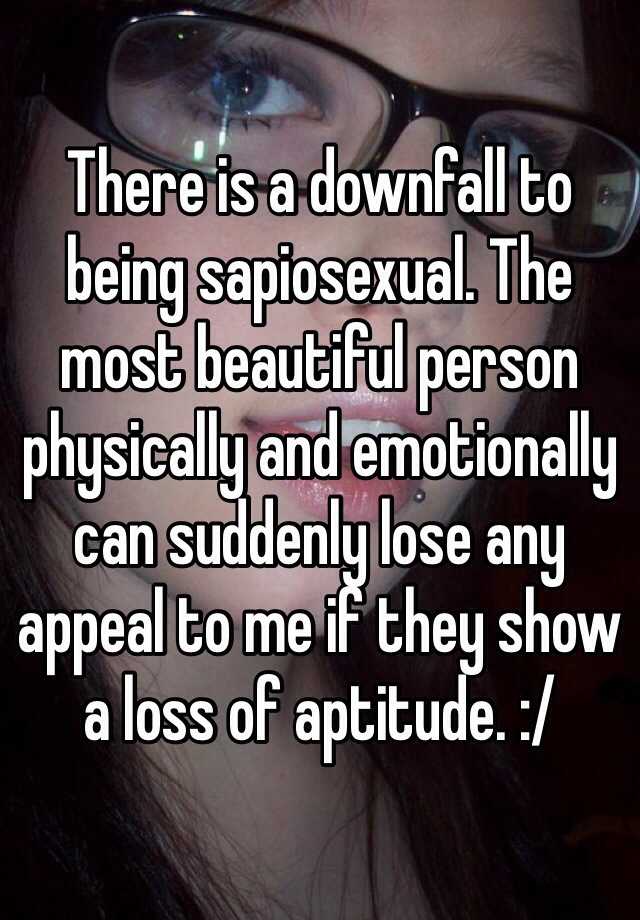 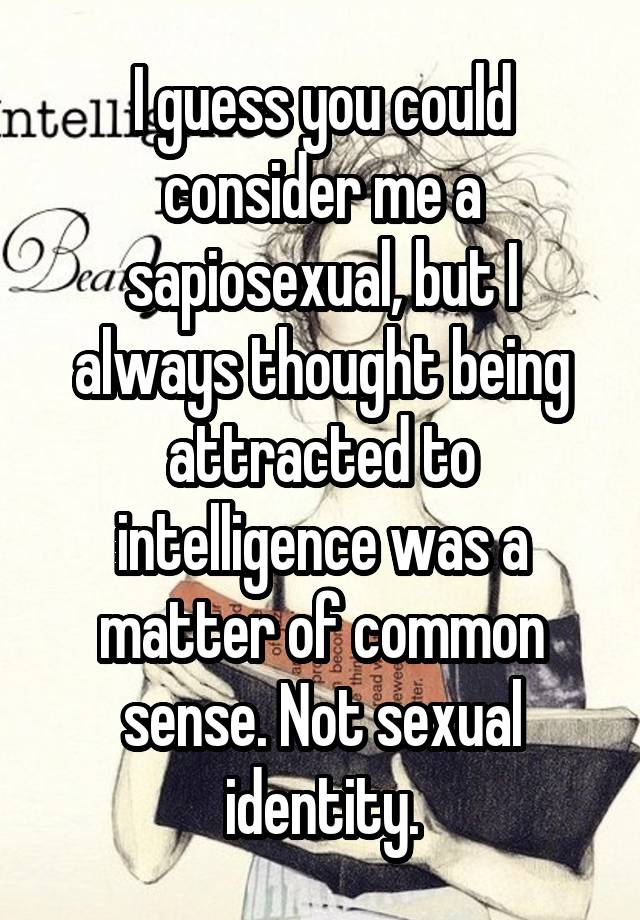 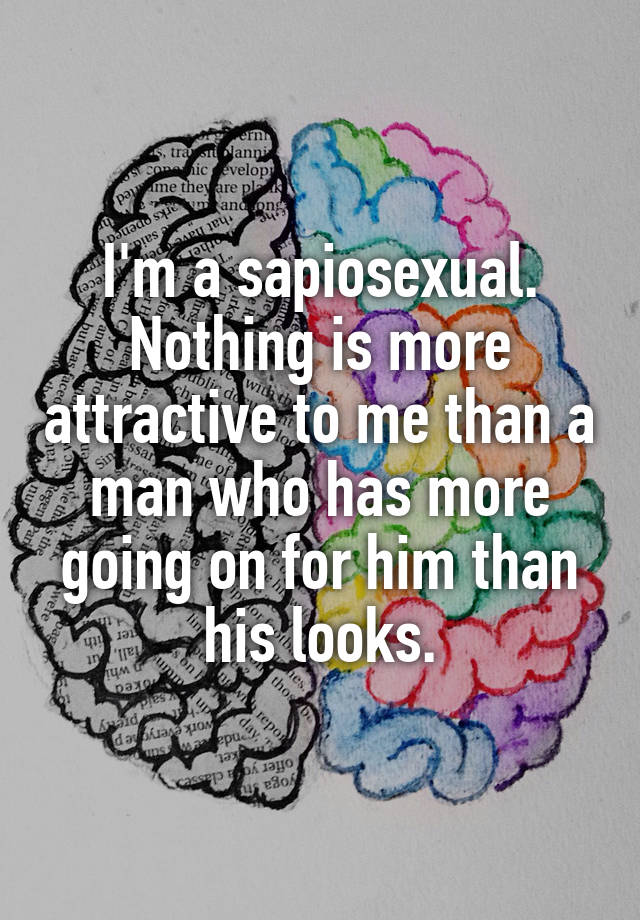 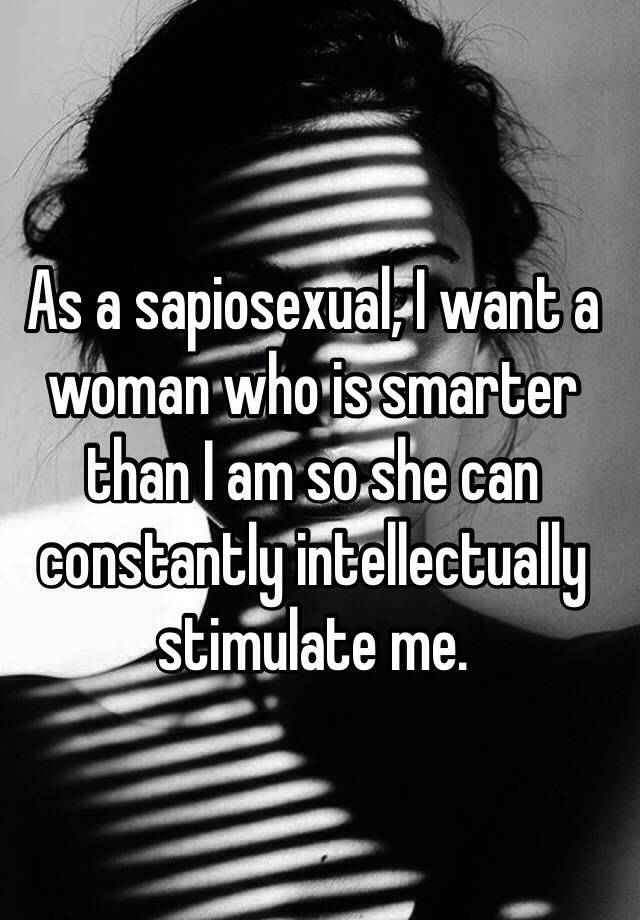 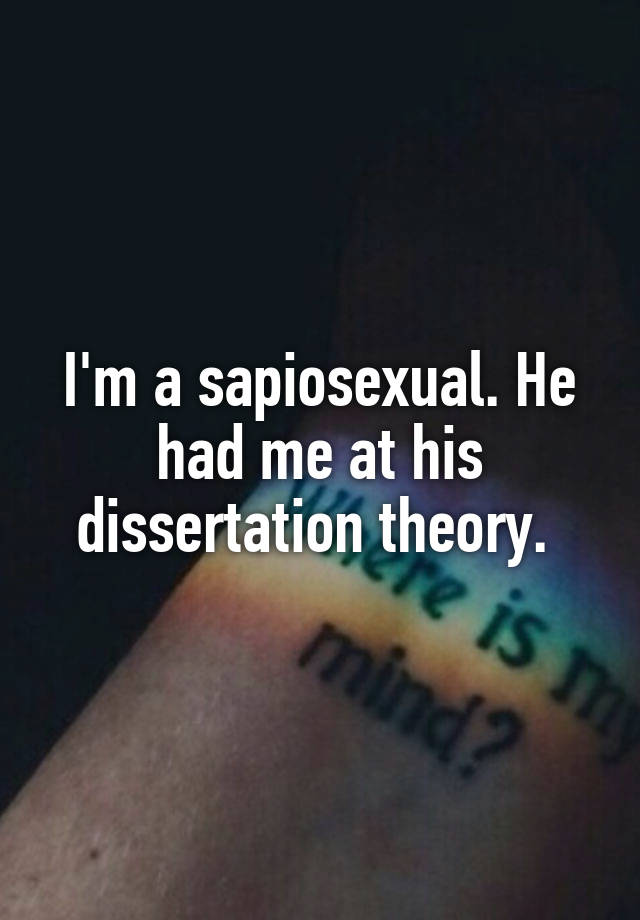 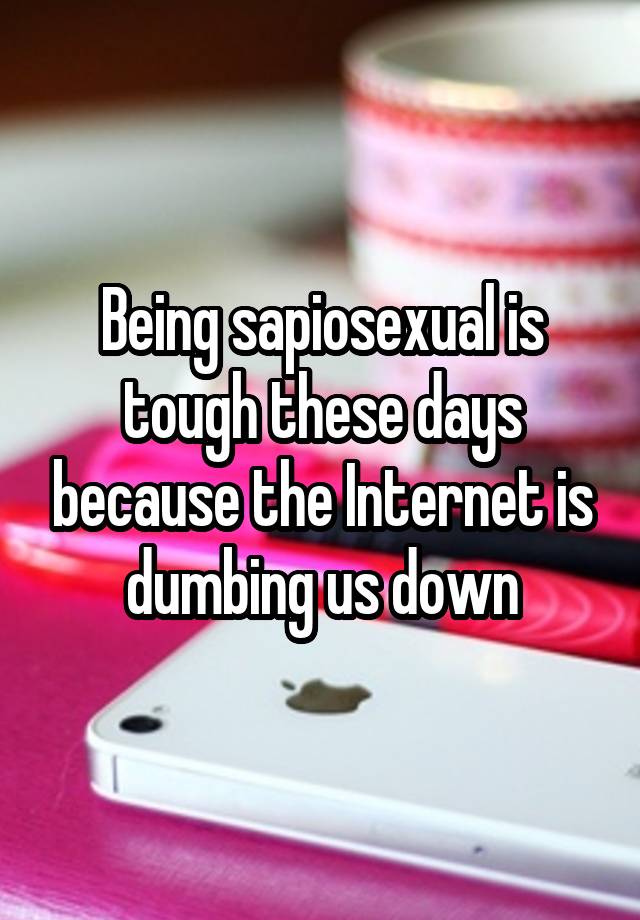 Sex Toys
Period Be Damned, I’m Going To Have Sex This Valentine̵...
Period sex isn’t for everyone, and we totally get that. I have symptoms like cramping, nausea, and migraines that don’t lend themselves to feel
by Charlotte Lewis
Sex Toys
This Sold-Out Vibrator is Finally Back in Stock — & Now It’...
With Valentine’s Day swiftly approaching, shoppers are rushing to stock up on one thing. Yes, more than your average number of flowers are ordered leadin
by Charlotte Lewis
Sex Toys
In The Mood For Leggings & Orgasms? Free People Has Both
It’s no secret that R29 readers and editors alike love Free People. From viral packable puffers to boho-chic bridesmaid dresses to housewares and mor
by Charlotte Lewis
Advertisement
Most Wanted
This Vibrator & Audio Porn App Is The Valentine’s Day Date ...
If you’re anything like me, you’re dreading figuring out what to do for Valentine’s Day. No matter what your relationship status, the hol
by Charlotte Lewis
Sex Toys
19 Valentine’s Day Sex Toys That Live Up To The Sexiest Nig...
by Erika W. Smith
Sex
I Took Libido Gummies For A Month & (Spoiler Alert) Now I’m...
It’s well-established that men care a lot about their declining libido. Pharmaceutical giant Pfizer has made a killing off men’s need for a fun
by Charlotte Lewis
Sex Toys
Add Some Ooh-La-La To Your Valentine’s Day With Frenchie...
Picture the perfect Valentine’s Day: You’re walking along the Seine with a chocolate hazelnut crepe in one hand and your partner’s hand i
by Charlotte Lewis
Most Wanted
Have The Perfect Date Night In With This Intimacy Card Deck
With how #rough the dating scene is these days — numerous apps, swipeable strangers — I’m not exactly envious of the single life right now. But,
by Karina Hoshikawa
Sex
Out Of Sexting Ideas? Try These
by Kimberly Truong
Sex Toys
Shop Playboy’s Long-Awaited Sex Toy Line For A Pleasure-Fil...
When we think about Playboy, we can’t help but think of it as a sticky-paged magazine shoved under some teenage boy’s mattress. But that image
by Charlotte Lewis
Entertainment
The Sims Was Our Sexual Awakening — & It Still Is
Cast your mind back: You’re sitting in front of the shared family computer. It’s your allotted hour of ‘computer time.’ You fire up
by Alexandra Koster
Sex Toys
PinkCherry’s 80% Off Valentine’s Day Sale Means We Ca...
Candy and jewelry are fine and dandy, but when it comes to celebrating Valentine’s Day, nothing says “I love you” more than a gorgeous bo
by Charlotte Lewis
Advertisement
Advertisement
Discover
R29 Stories & News
Watch
R29 Original Series & Films
Shop
R29's Most Wanted