Skip navigation!
Story from Sex
On the vast spectrum of sexuality, certain identities are more visible — and easier to understand — than others. One less-talked-about group is heteroflexible people, or those who consider themselves mostly straight, but find themselves interested in members of the same sex sometimes. Unfortunately, heteroflexible people may feel uncomfortable coming out to their friends and loved ones because they worry that their identity will be misinterpreted as bisexual or gay. In reality, it's a unique, nuanced identity. Heteroflexible people feel attracted to members of the same sex only in specific circumstances, with the "right" person. But that's not always so simple to explain. As one heteroflexible woman posted on Whisper recently: "Heteroflexible does not mean bicurious. Stop treating my sexuality like a joke." No one should have to worry that his or her sexual identity will be conflated with another or denied. That's why sharing experiences with people who identify similarly can be so helpful; finding validation, support, or just a safe space can be invaluable to someone struggling with sexual identity. And for people who aren't heteroflexible, hearing stories like these can help them better understand this sexual identity so that they won't make any misguided comments to their heteroflexible friends. Below, we've rounded up 19 stories about identifying as heteroflexible — from secret-sharing app Whisper.
Advertisement 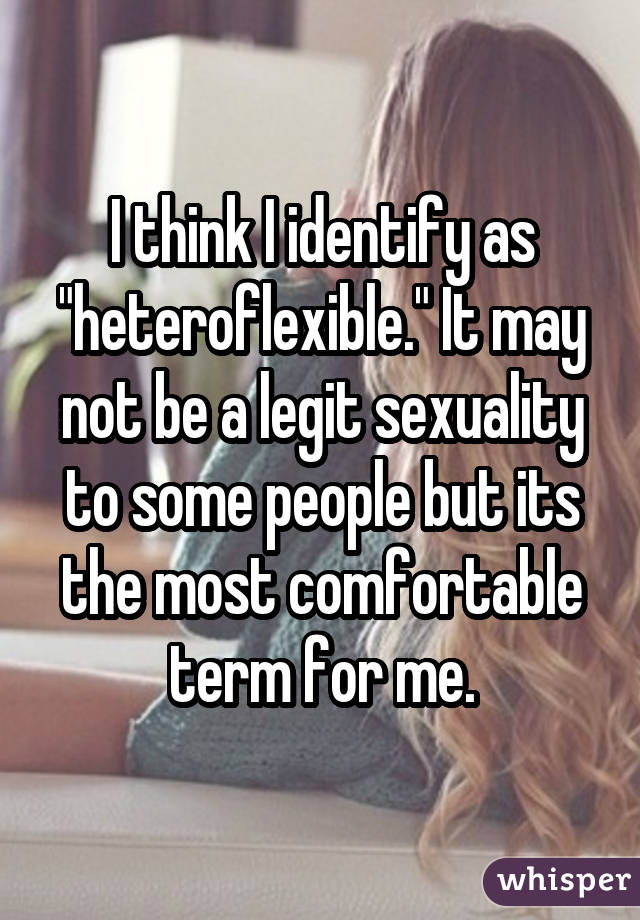 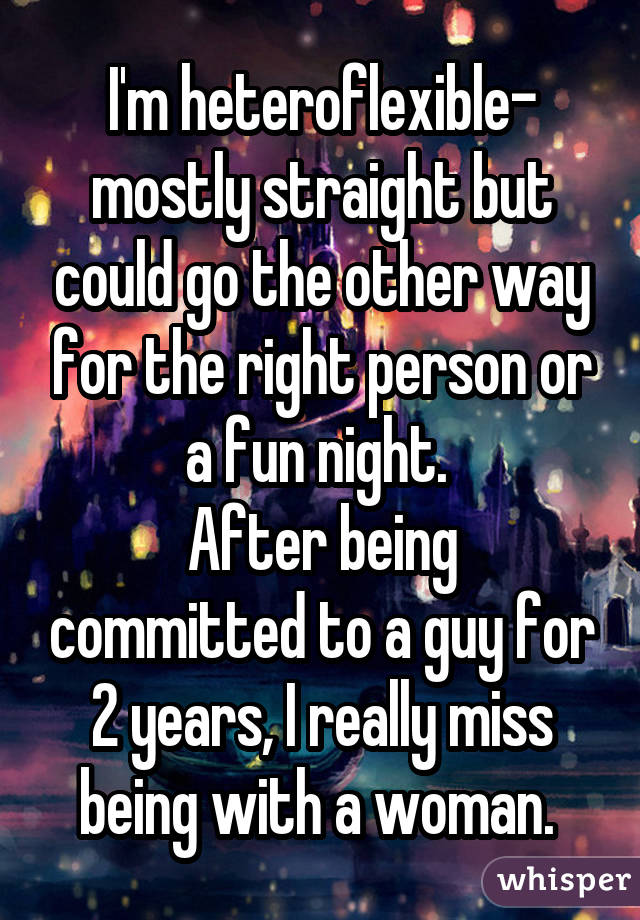 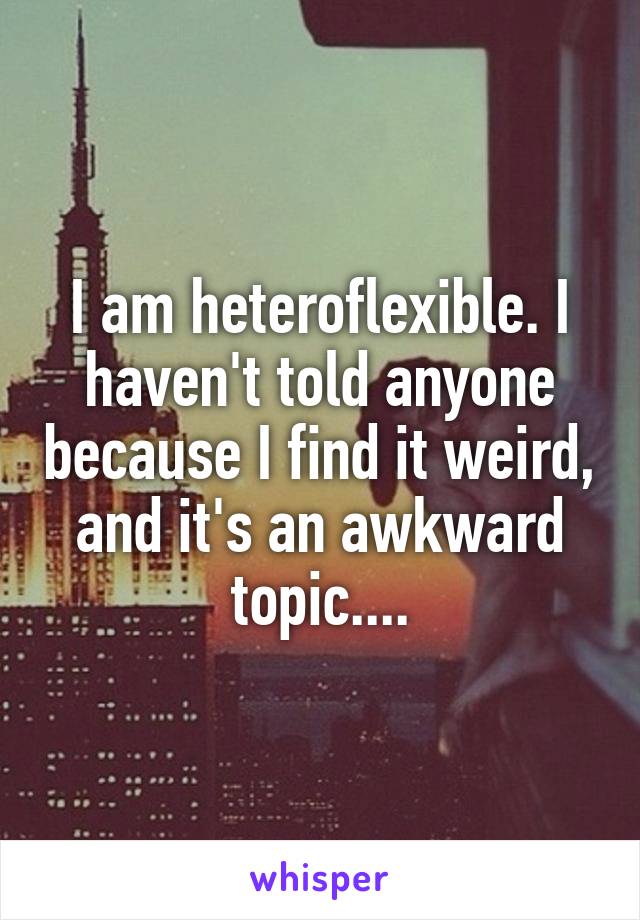 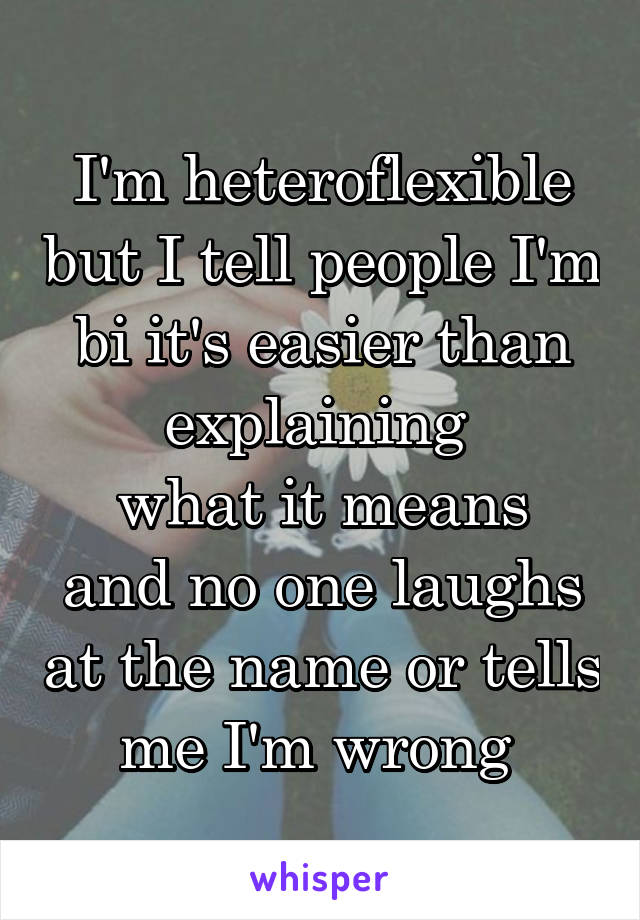 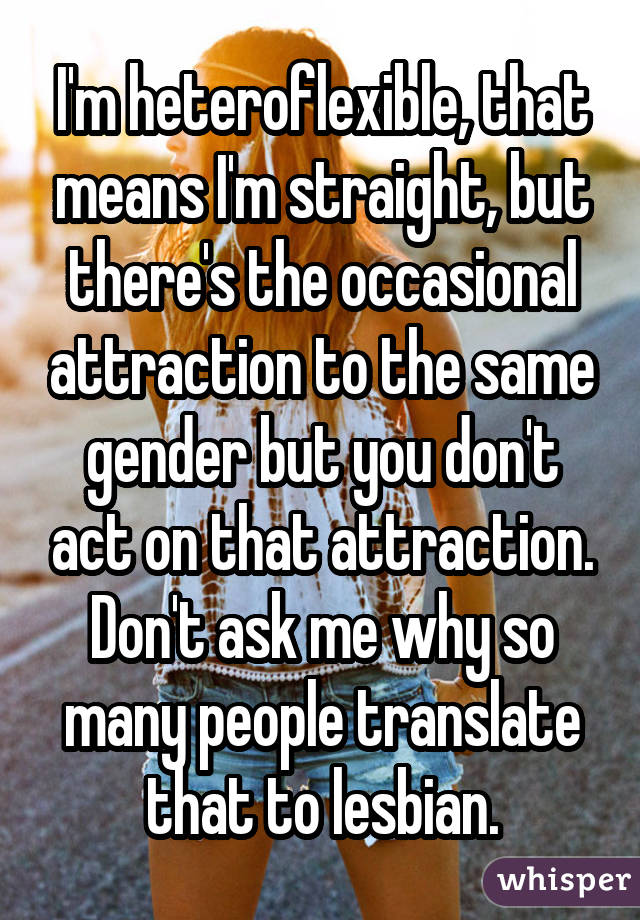 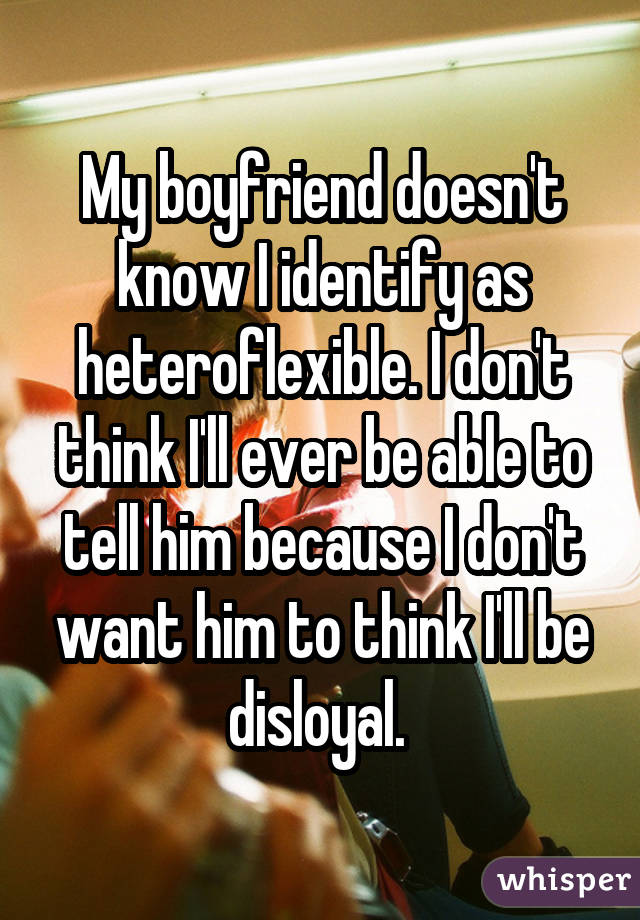 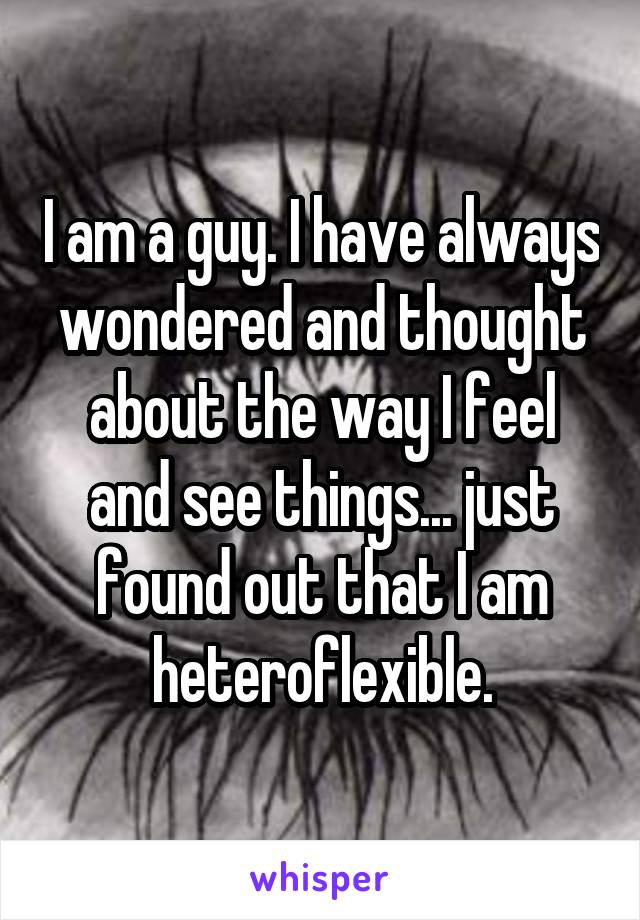 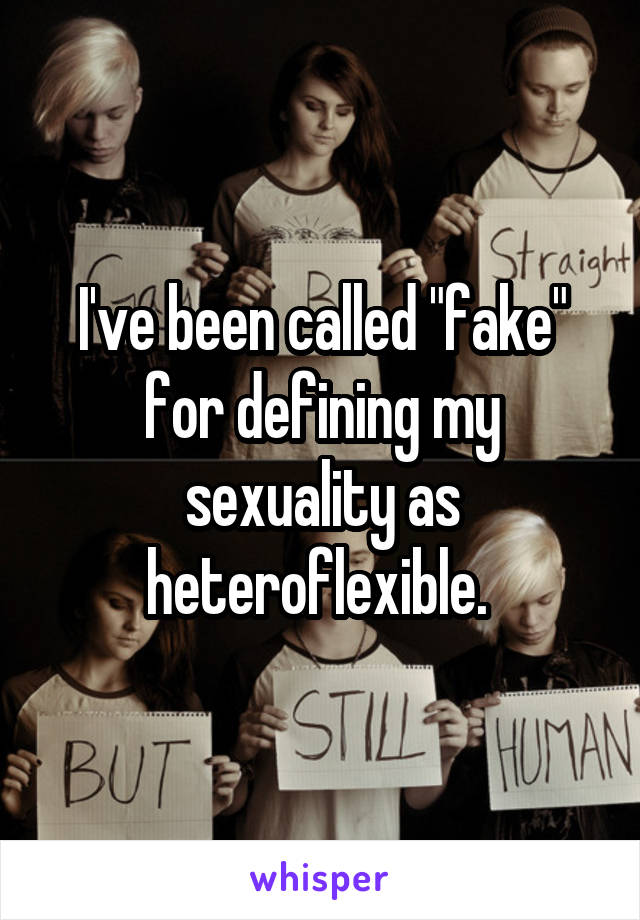 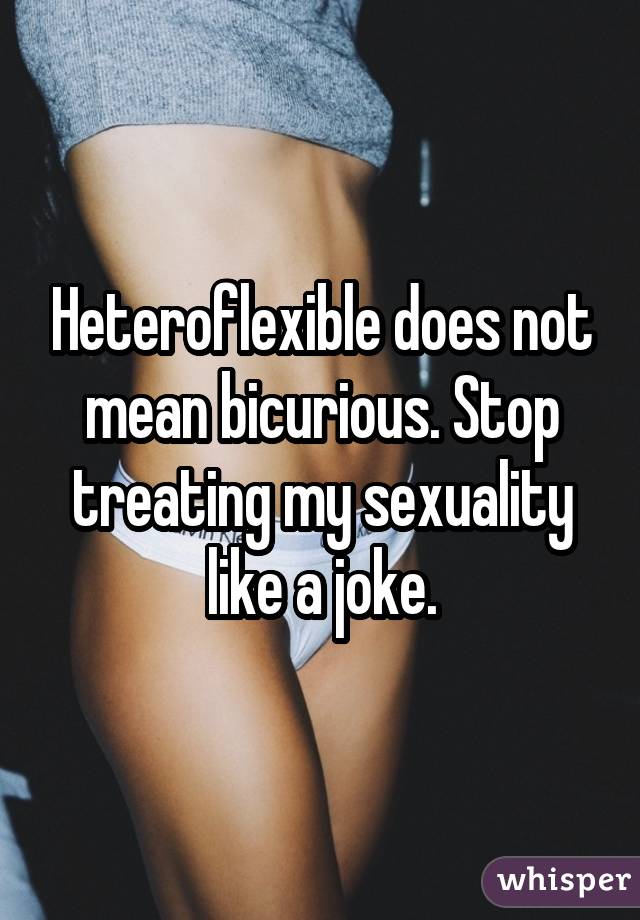 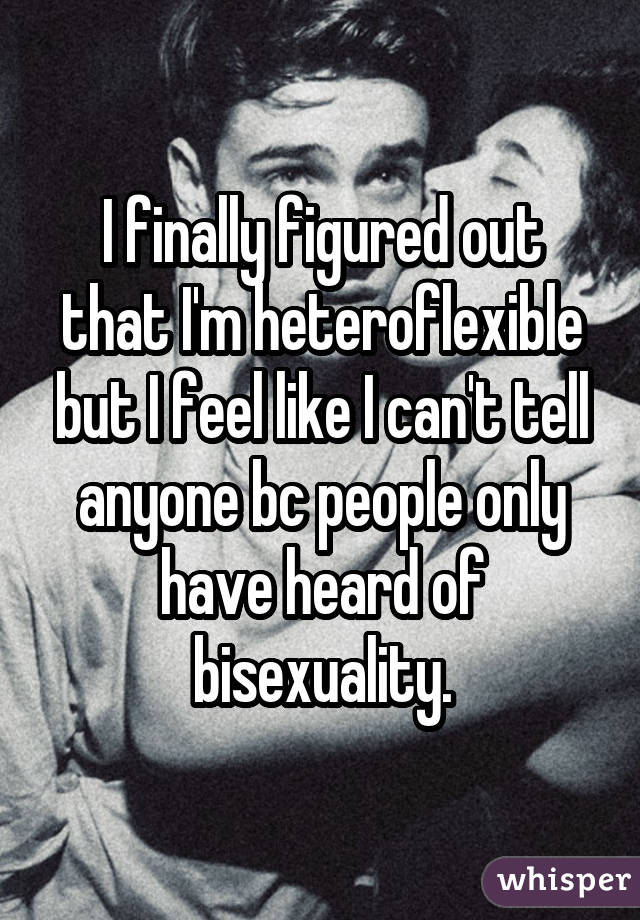 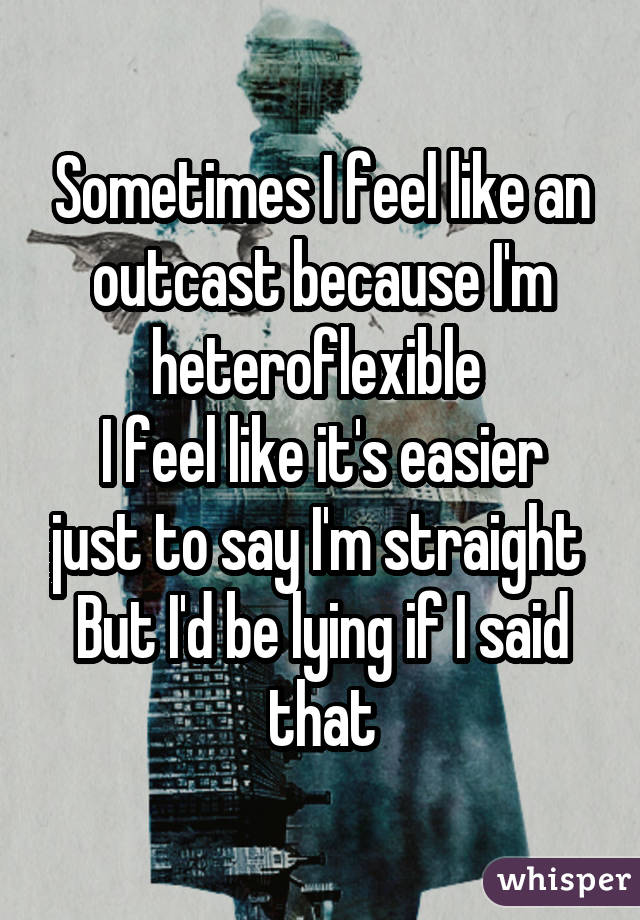 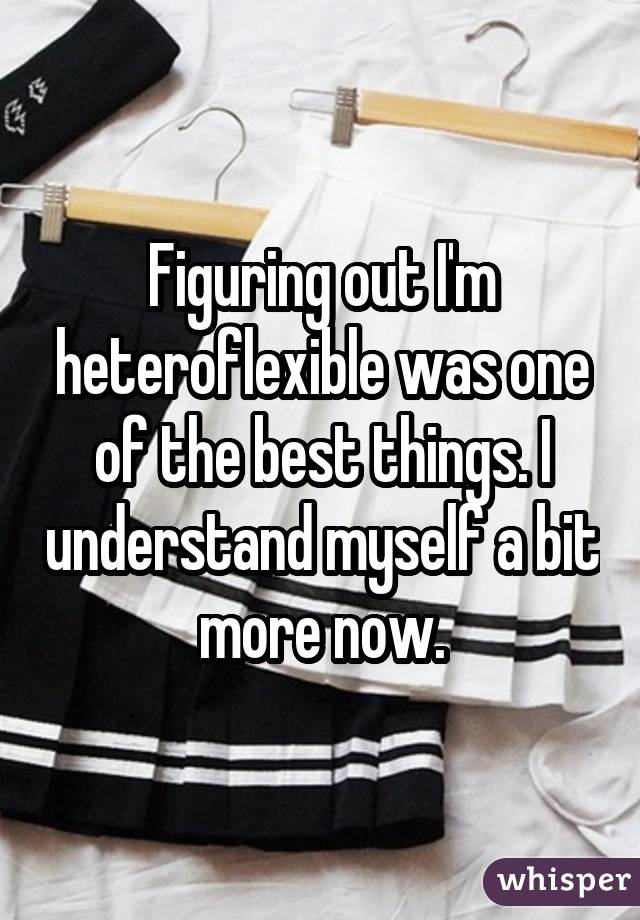 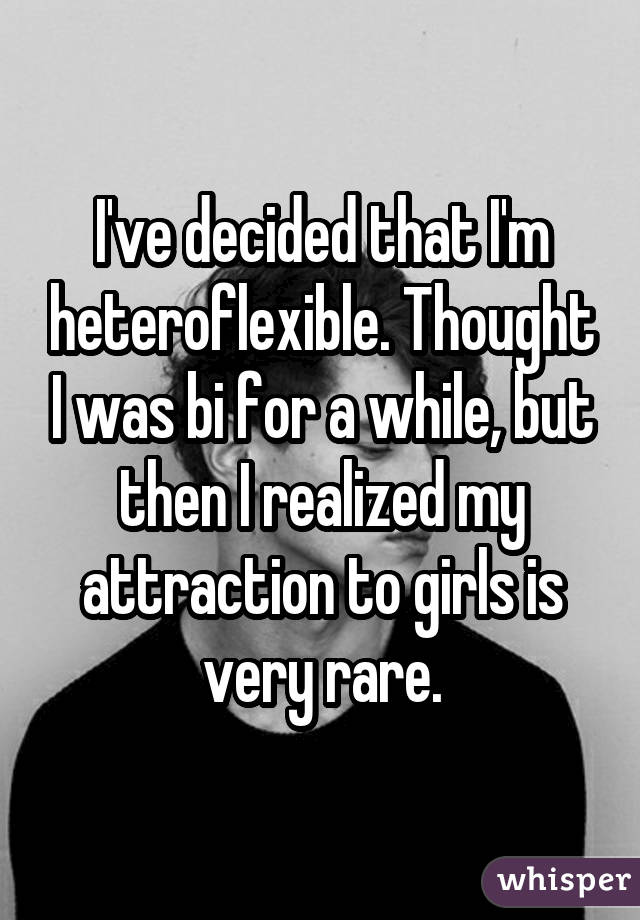 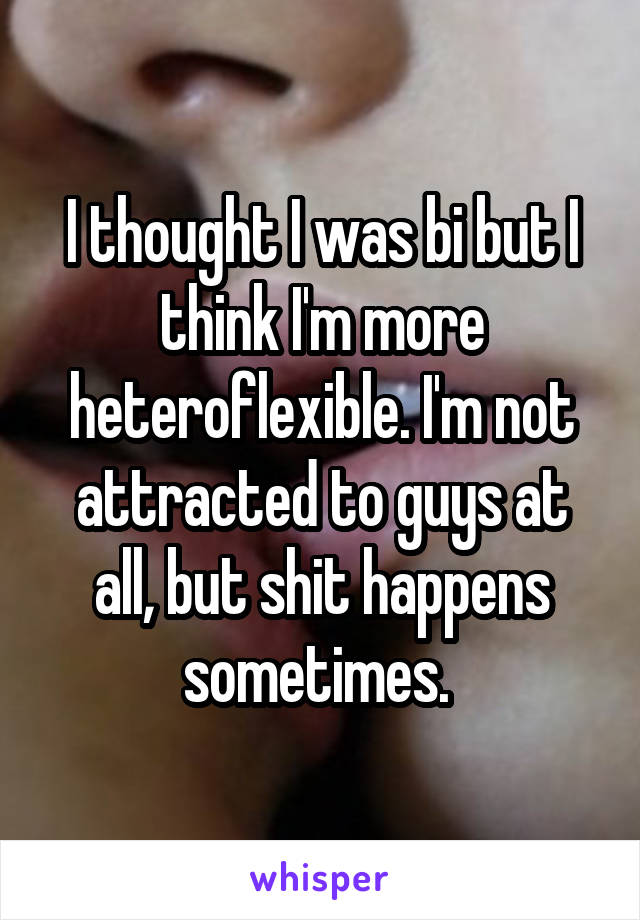 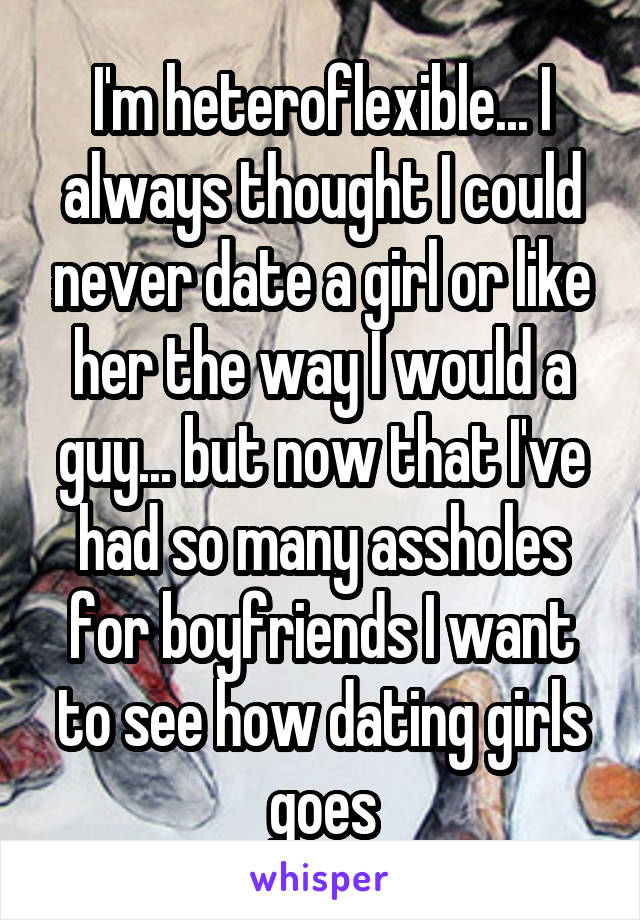 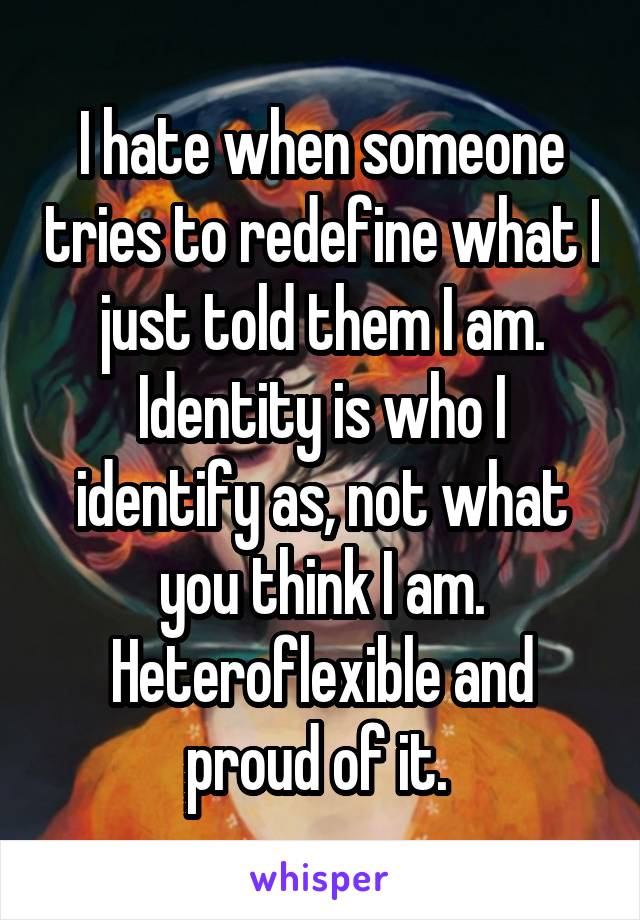 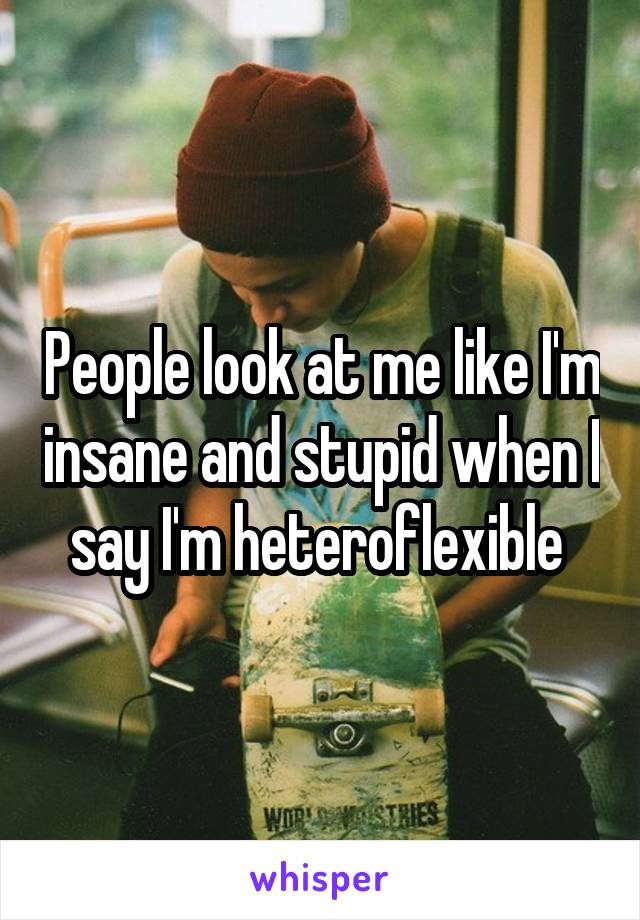 Most Wanted
R29 Readers’ 12 Most-Wanted Sex Toys Are Orgasmically Good
Sex toys always have us a-buzz. From a little extra pleasure with your S.O. to a full-stop solo show, there’s a toy for your every mood. And no one k
by Mercedes Viera
Single Files
My Breakup TikToks Went Viral & Then Everything Changed
I never considered myself to be someone who would put my happiness in someone else’s hands. I’ve always been very independent; I value my space and put
by Amelia Samson
Wellness
Why Is ‘Weaponized Incompetence’ Blowing Up On TikTok...
“I’ll just do it myself” is a phrase that has escaped my mouth many a time, often uttered with a sigh. I know I’m not alone in my willingness to ta
by Maggie Zhou
Advertisement
Most Wanted
The Best Rabbit Vibrators, According To The Internet
by Karina Hoshikawa
Sex Toys
These Powerful Wand Vibrators Make Solo Sex Even More Fun
by Kasandra Brabaw
Deals
These 22 Top-Rated Vibrators Are Up To 60% Off Right Now
by Karina Hoshikawa
Sex Toys
The Most Famous Amazon Vibrator In 2 New Colors
We call them hidden gems but it’s no secret that Amazon boasts a treasure trove of the internet’s most viral products. You can find it all on t
by Karina Hoshikawa
Most Wanted
A Deal From The Vibrator That Feels Like Getting Oral From A Cloud
Super Sale Alert: In celebration of National Singles Day, Dame’s including a free Lemon Kip vibrator with all orders of $175+ through September 26
by Mary Frances Knapp
Sex
Add These Natural, Organic Lubes To Your Bedside Table
by Erika W. Smith
Relationships
What Happens After A Cheater Is Outed On TikTok? Not Always What ...
Picture this. It’s 8 a.m. on a Saturday. You’re already awake because today’s your last bridal fitting. Downstairs, your family gathers to discuss we
by Beth Ashley
Most Wanted
These Labor Day Sex Toy Sales Are Orgasmic
by Karina Hoshikawa
Sex
Does TikTok’s Sex Pillow Trick Actually Work?
Sometimes, you encounter a TikTok hack that changes your life. Maybe you’ve made some permanent adjustments to your skincare or beauty regimen; maybe
by Lydia Wang
Advertisement
Advertisement
Discover
R29 Stories & News
Watch
R29 Original Series & Films
Shop
R29's Most Wanted