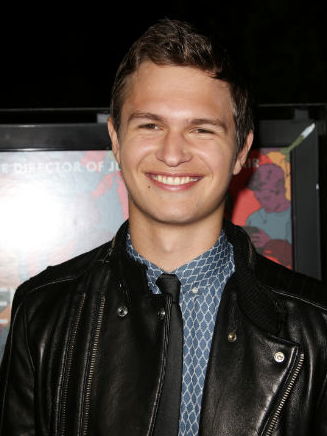 Photo: BEImages/Jim Smeal.
Ansel Elgort is having fun. Fresh off the monster success of this summer's weep-fest The Faul In Our Stars, the 20-year-old native New Yorker is enjoying life as a newly-minted movie star. As reporters milled about his Toronto hotel room — where he was perched, ready to promote his role as a jock-with-a-heart in Jason Reitman's anti-tech parable Men, Women & Children — Elgort seems oddly at ease. And, why wouldn't he be? As a graduate of the star-making factory LaGuardia High School in New York City, Elgort was born to be in the spotlight. As his acting career continues to skyrocket, Elgort is about to blow up in a different way — one that you might not expect. Let's just say it involves turntables, laptops, and really sick beats.
Advertisement
We caught up with the actor in Toronto last month, to chat about his newfound fame, the magic of selfies, and why DJ Ansolo will be coming to a club near you. Just leave the Molly at home .
You grew up in a smart phone world.
I just missed it. I'm 20, and I got my first smart phone when I was 15, a sophomore in high school.
So you remember a world pre-text message, pre-social media?
I had text in middle school, but it was on a phone where you had to press the same button 10 times just to get to the letter you wanted, so I never did it.
Do you ever find yourself wanting to detach from technology?
I’m actually about to do that. And, I think that feeling will never go away. No matter how much technology continues to run our lives, people will always feel the need to take a break from it.
How long do you plan on disconnecting for?
Probably four or five days. I’ll just turn everything off and lock myself in my house.
That’s going to be really hard.
It will be, but I’ll be with a friend. Our obsession with technology is directly related to our need to connect, so if you’re with someone it becomes easier.
Do your parents monitor your online activities?
My parents are too old to know how to monitor me. My mom’s on Facebook, but she has no clue how to use anything.
Advertisement

Are you a selfie guy? Do you ever find yourself in the bathroom mirror posing?

Not too often, but I have to take selfies with fans everyday. A lot of selfies. I actually prefer selfies to normal pictures because they’re faster.

Have you gotten used to the whole movie star thing yet?

No way have I gotten used to it. It’s great when I can go a day without getting recognized.

Does that ever happen?
Yeah, because I won’t leave the house.

Take me through what happens when you do leave the house?

Well, I live in Brooklyn, so everyone there is too cool to say something, or they just don’t care. 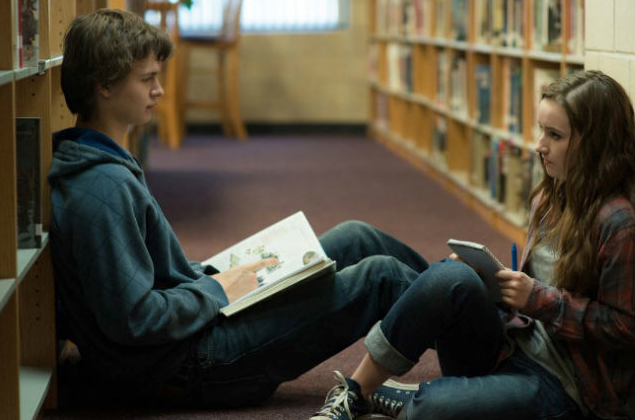 What happens when you go into Manhattan?

Thank god the paparazzi leave me alone — because I’m just not famous enough for them to care who I am — but every young person knows who I am and approaches me. Once one person stops me, then I get swarmed, and I’m screwed.

Is your increasing loss of privacy something that concerns you?

Well, I’m already pretty damn famous, so people already want to know who I’m dating. But, the great thing about social media is that I’m my biggest news outlet, and I just won’t post about that. I think that celebrities who are against social media are misunderstanding the benefits of having it. If I never post about who I’m dating, then people will think that I’m not dating anyone. My fans think I post about everything, and I make it seem like I do, but I don’t.

Your DJ career is taking off. Are you excited?

I’ve only played about six or seven gigs, but I’ve been producing music for years.

How did you get into it?
I was writing music on the piano and singing, and then I heard house music. I realized that what you can do in terms of composing music on your computer is incredible. I can do anything from make house music to hip hop — I can score movies, I can make anything — whereas with piano and singing, I’m very limited. Music always evolves with the world, and I want to be part of the frontier of the new music. I’ve been producing music just as long as I’ve been acting. It just hasn’t blown up yet.

Do you see yourself as more of a DJ than an actor?
I don’t think that just because one has blown up bigger then the other that I'm more of one thing. They're both just as important to me.

Does the genre's close association with drugs make you uncomfortable?

I think music is always associated with drugs; at Woodstock everyone was getting high. Young people will always be doing drugs to music. But, people who are really into a specific genre of music, don’t need to do drugs. None of my producer friends do drugs. I’ve never done Molly at a concert, and I've been to so many. People who say they need Molly to listen to that, I say don’t come. If you don’t like the music, just do Molly in your bedroom.

Men, Women & Children hits theaters today.
Entertainment
That Family Is Trying To Finesse The System — Again
Just weeks after Lori Loughlin’s brief stint behind bars for her involvement in Operation Varsity Blues came to an end, the Fuller House actress’ husba
by Ineye Komonibo
Entertainment News
FKA Twigs’ Lawsuit Against Shia LaBeouf Is Far From His First
Shia LaBeouf is at the center of a new disturbing lawsuit accusing him of domestic abuse towards his ex-girlfriend FKA twigs (real name Tahliah Debrett Bar
by Ineye Komonibo
Entertainment News
FKA Twigs Sues Shia LaBeouf Over Abusive Relationship
Art pop singer FKA twigs (real name Tahliah Debrett Barnett) is breaking her silence about the tumultuous nature of her relationship with Shia LaBeouf, all
by Ineye Komonibo
Entertainment News
Natalie Desselle Reid Of Cinderella & B*A*P*S F...
Natalie Desselle Reid, the comedic actress known for roles in the Brandy-led version of Rodgers & Hammerstein’s Cinderella and UPN sitcom Eve has die
by Natalie Morin
Meghan Markle
We Just Got Two Major Updates About Meghan Markle’s Lawsuit...
New developments in Meghan Markle’s ongoing lawsuit against Mail on Sunday have surfaced, further complicating the Duchess’ previous testimony and impa
by Ineye Komonibo
Documentary
Cheer‘s Jerry Harris Has Been Arrested & Charged W...
Update Sept. 17, 2020: Jerry Harris of the Emmy-nominated Netflix show Cheer has been arrested and charged with the production of child pornography. Accord
by Natalie Morin
Entertainment News
Migos’ Takeoff Denies Sexual Assault Allegations In New Sta...
Updated August 6, 2020: Takeoff has denied the accusations of rape made against him, calling the allegation “patently and provably false.” In a
by Ineye Komonibo
Pop Culture
Frank Ocean’s Younger Brother Ryan Breaux Killed In Car Acc...
Update August 6, 2020: Ryan Breaux’s mother, Katonya Breaux, publicly mourned the loss of her son on Instagram, after the 18-year-old was killed in a
by Natalie Morin
Voices of Disability
Say The Word: Disabled
One in four adults in the U.S. are living with a disability, but you wouldn’t know it given the lack of representation in the workforce, Hollywood, a
by Maysoon Zayid
Pop Culture
Hayden Panettiere Shares Abuse Hotline After Her Ex Is Arrested &...
Actress Hayden Panettiere’s ex-boyfriend Brian Hickerson was arrested on July 16 and charged with corporal injury on a spouse/cohabitant. Panettiere
by Natalie Morin
Entertainment News
A Body Has Been Found In The Lake Where Naya Rivera Went Missing
Update July 13, 2020: Ventura County’s investigation into the disappearance of Naya Rivera has led to the discovery of an unidentified body. Accordin
by Ineye Komonibo
Entertainment News
Police Are “Confident” They Have Found The Body Of Naya Rivera Af...
After days of actively searching for her body in Southern California’s Lake Piru, local police officers have confirmed that the body of Naya Rivera has b
by Ineye Komonibo
Discover
R29 Stories & News
Watch
R29 Original Series & Films
Shop
R29's Most Wanted