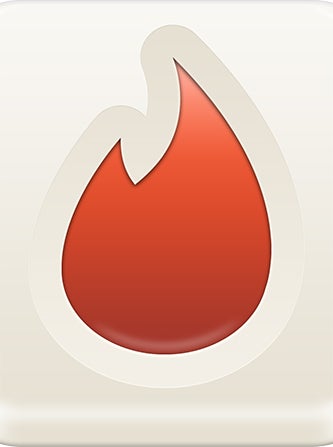 Photo: Courtesy of Tinder.
If you're one of the 59% of American Internet users who believe that online dating is the right way to meet people, bless you. There haven't been as many fish left in the online sea for the past decade or so, and sites like Match.com, eHarmony, and OkCupid are seeing users swiftly relocate to broader, less specific corners of the digital dating sphere.
A recent study from Pew Research Center's Internet and American Life Project shows that, while there's an increase in the number of individuals using dating apps, there is still a "desperate" stigma surrounding the entire affair. And, according to Slate's Amanda Hess, the way users build their profiles on dating websites seems to be contributing to the stain on the digital social scene. Unlike dating apps like Tinder that shed light on the very basic — and sometimes even shallow — attributes of each user, online dating sites function separately from other social media outlets, forcing users to create yet another profile aside from their Twitters, Facebooks, and blogs. But, "[online dating sites] can’t predict whether users will actually have chemistry with each other," Hess says.
Not that there's any algorithm to predict human compatibility, anyway. But, because of the separateness of sites like eHarmony from traditional social media, the opportunity for misrepresentation in a profile can be high. Pew's study, for example, found that 54% of online daters have experienced an instance where a match had distorted their digital persona. Meanwhile, Hess notes, the exclusivity of apps like Tinder lowers the likelihood of "bothersome contact" because both parties have to approve of each other in order to communicate, much like a social network. Instead of exposing yourself to an entire sea of potential matches, you can curate your own experience based on a first impression, similar to going out and eying up possible dates. You don't know them, they don't know you, but you're interested. No random facts or political views are known — that's where the intrigue of digital dating apps lies.
Some people have decided to nix apps altogether and take advantage of the more "social" aspect of social media, too. Pew found that 24% of Internet users have flirted with someone online through Facebook, Tumblr, Instagram, and Twitter. Perhaps it's the trust people place in social media profiles that increases their appeal. The individual you're seeing is presenting themselves the same way they would to their friends, family, and acquaintances. It's more real than a dating site in that there's no law to how you're matched. Just like being at a bar, the user has the choice to say the first "hello" or — in the case of Tinder — swipe right. (Slate)
Most Wanted
These Sex-Toy Shops Are Already Buzzing With Valentine’s Day Deals
by Alexandra Polk
Deals
Score A Bestselling Vibrator For Up To 60% Off (Or, For FREE)
by Karina Hoshikawa
Sex Toys
20 Gift-Worthy Sex Toys To Make Valentine’s Day Even Sexier
by Erika W. Smith
Dedicated Feature
Why I Made The Switch To Hormone-Free Birth Control — After A Dec...
Switching birth control methods can be daunting, especially when you’ve defaulted to the same one for over a decade. That was true for Morgan, a 31-year-
by Melissa Kravitz
Most Wanted
This Lovehoney Sale Is Buzzing With Up-To-60%-Off Sex Toys
by Karina Hoshikawa
Relationship Advice
12 Safe Experiences Your Partner Wants Instead Of A Gift
by Cory Stieg
Sex Toys
Cheap Thrills: 14 Powerful Vibrators Under $50
by Kasandra Brabaw
Sex Toys
Have Your Hottest Hookup With These Heated Sex Accoutrements
by Karina Hoshikawa
Wellness
17 Awkward “Meet The Parents” Stories That Really Happened
by Sarah Van Cleve
Dedicated Feature
Use Your Orgasms To Manifest A Better 2021 Via “Sex Magick&...
In your ongoing quest to stave off lockdown ennui, you’ve likely attempted a dystopian screenplay draft, a soufflé, a mastery of the trombone — but ha
by Eliza Dumais
Dedicated Feature
Lube Could Be Your Key To Better Orgasms — Here’s What You Need T...
Of all the nightstand accoutrements you might keep on hand for intimate moments, lube is often the most misunderstood. Condoms, toys, and the like serve th
by Rebecca Deczynski
Somos Latinx
Doñas, It’s Time To End The “Y El Novio” Culture
I knew it was too good to be true. Two hours into this year’s Thanksgiving gathering, and I thought I avoided being asked the most intrusive question of
by Jennifer Mota
Discover
R29 Stories & News
Watch
R29 Original Series & Films
Shop
R29's Most Wanted