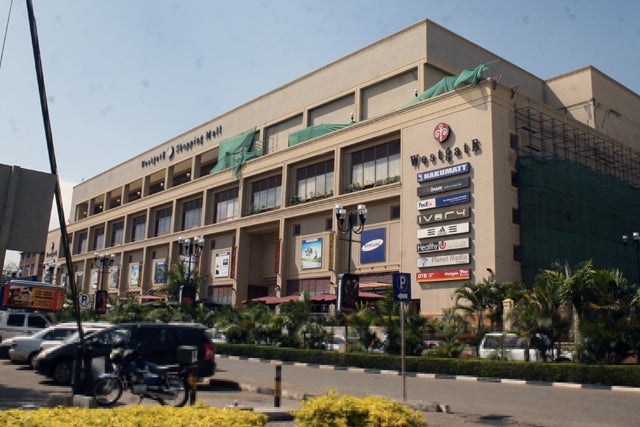 Photo: REX USA/William Oeri/Gallo/Rex.
On Saturday, operatives from a militant Islamist group stormed the Westgate shopping mall in Nairobi, Kenya. So far, 67 people have been killed and over 200 injured in the attack. Over the weekend, explosions and bursts of gunfire inside the building were reported, leading some to think that the body count would grow even higher. The hostages that were held, however, have all reportedly been released. As of a few hours ago, the siege was officially declared over by the Kenyan government, and control of the mall was taken back. But who is Al Shabaab, the militant organization that claimed responsibility?
Advertisement
The Sunni Islamist group is officially known as Harakat al-Shabaab al-Mujahideen, but is commonly called Al Shabaab ("The Youth" in Arabic). Based in Somalia, it is an offshoot of Al Qaeda, which it officially joined last year. It was formed in the early 2000s as a militant wing of the Islamic Courts Union, which controlled much of the country until 2006. It gained popularity by fighting Ethiopian forces in Somalia, and enjoyed support by Somalis as a popular resistance movement.
But the group was designated as a terrorist organization by the United States in 2008. The group has claimed responsibility for a number of deadly attacks in the region, including a 2010 suicide bombing of Kampala, Uganda that left 74 dead. Along with another group, Hizbul Islam, Al Shabaab staged a series of attacks on Mogadishu in 2009, with over 1,400 civilians killed.
Al Shabaab is estimated to have somewhere between 4,000 and 6,000 followers. It's also believed to have a number of US-born members, including Omar Hammami, also know as Abu Mansoor Al Amriki, a rapping jihadi who was allegedly killed by his former allies earlier this month. Many other American members, who either fight for or fund the group, allegedly stem from the Somali community in Minnesota, which the FBI has been investigating for years.
The mall siege in Nairobi did not come as a total surprise. Al Shabaab warned of attacks in Kenya in retaliation for Operation Linda Nchi, a joint military operation between the armed forces of Somalia, Kenya, Ethiopia, France, and the US. Al Shabaab, which was accused of kidnapping foreign tourists, was the target of the operation, during which 700 militants were killed.
But what does the Nairobi attack signify about Al Shabaab's greater plan? Analysts in the US aren't sure yet. The former US Ambassador to Ethiopia, David Shinn, told ABC that the attack suggested "weakness" because of its target. Al Shabaab, he said, "can only get in the headlines if it attacks a soft undefended civilian location in a neighboring country — it's an indication they're not able to go toe-to-toe with the African Union forces in Mogadishu or in Somalia generally." (ABC)
Advertisement
News
What To Know About Donald Trump’s Senate Impeachment Trial
Just when you thought impeachment season was coming to a close, a new set of trials will determine President Donald Trump’s future. On January 15, House
by Reed Nelson
News
Tears, Gasps & Laughter: All The Sundance Reactions To The New Hi...
Hulu’s new four-part docuseries Hillary offers a behind-the-scenes look at a Hillary Clinton who is self-reflective, sarcastic, and unafraid to tell
by Fiona Hillery
News
Why Democrats Are Buying “Millions” Of Cell Phone Num...
Things are truly heating up in the political arena ahead of the Iowa caucuses and primaries that start in just a few weeks. For Democrats, that means the n
by Elly Belle
News
Chipotle Was Fined For 13,253 Child Labor Violations — But Is Tha...
Chipotle has seen its fair share of public relations crises over the years, including the infamous e. coli breakout in 2015. But, this latest crisis might
by Elly Belle
Donald Trump
Impeachment Season Is Going Strong — But, Where Is Melania Trump?
As President Donald Trump is only the third president in history to be impeached, there isn’t a well-worn map for how to navigate the trial and everythin
by Sarah Midkiff
News
Jay-Z & Yo Gotti Help Inmates Sue A Mississippi Prison for Inhuma...
More than ten people have died in state prison in Mississippi since the beginning of 2020 — most of them in one particular state penitentiary: Parchman.
by Elly Belle
News
Husband Charged With Murder Of Jennifer Dulos Attempts Suicide
Update: On Tuesday, the Hartford Courant reported that Fotis Dulos, husband of Jennifer Dulos, attempted suicide and was taken to the hospital immediately.
by Mekita Rivas
News
Inside Hunter Biden & Lunden Alexis Roberts’ Relationship &...
In the ongoing saga unfolding around the Biden family, Hunter Biden is currently tied up in a paternity case settlement. After engaging in a sexual relatio
by Elly Belle
Donald Trump
Meet The First-Ever Women Impeachment Managers
The impeachment of President Trump has been anything but conventional. Although he’s one of only three U.S. presidents to ever actually be impeached in t
by Mekita Rivas
News
These 7 Others Lost Their Lives In The Helicopter With Kobe & Gia...
The world continued to collectively mourn on Monday just one day after basketball legend Kobe Bryant, his young daughter, and a reported seven other victim
by Brianna Provenzano
News
Prince Andrew Refuses To Cooperate In The Jeffrey Epstein Investi...
In the most recent development coming from the disgraced former royal, Prince Andrew is reportedly stonewalling federal agents attempting to investigate hi
by Brianna Provenzano
News
Harvey Weinstein’s Former Production Assistant Recounts Her...
Following up on actress Annabella Sciorra’s emotional testimony on Thursday, former Project Runway production assistant Mimi Haleyi took the witness
by Brianna Provenzano
Discover
R29 Stories & News
Watch
R29 Original Series & Films
Shop
R29's Most Wanted