Skip navigation!
Story from Politics
It's been barely 24 hours since the mass shooting at the Washington Navy Yards, but several details have emerged about Aaron Alexis, the alleged gunman. The 34-year-old Alexis, identified as the man who shot and killed 12 people yesterday, was a Navy contractor who had lived in Texas until very recently. It's not certain if Alexis, who was killed during an ensuing shootout with police, acted alone. One at-large suspect remains to be cleared. We still don't know exactly what types of guns were used in the incident. And, most importantly, we still don't know his motive. But as further reports come in, we can start to draw a rough sketch of the alleged shooter.
Advertisement

His Military and Contracting Background
Before becoming a contractor, Alexis was a full-time Navy reservist who was honorably discharged in 2011 after a "pattern of misconduct." As a Navy Petty Officer Third Class, Alexis did not serve overseas, but he did receive the National Defense Service Medal and the Global War on Terrorism Service Medal while in the service. Until yesterday, Alexis worked as a contractor for Hewlett-Packard, which provided equipment used on the Navy Marine Corps Intranet (NMCI) network.

His Mental Health History
The AP reports that Alexis had been "suffering a host of serious mental issues, including paranoia and a sleep disorder," as well as hearing voices in his head, according to anonymous US law enforcement officials. He had been undergoing treatment since August. The Navy, however, had not declared him mentally unfit, which would have revoked his security clearance that allowed him on to the Navy Yards.

His Criminal History
Several news outlets have pointed to Alexis' 2010 arrest for discharging a firearm into his neighbor's apartment in Fort Worth, TX, for which he was not prosecuted. In 2004, Alexis was also arrested for shooting out the tires on a car belonging to construction workers who had been working next to a Seattle home he had been living in at the time. When interviewed by police, Alexis claimed he had been mocked and disrespected by the construction workers, and that he had committed the shooting in a "blackout", the details of which he could not remember until hours later. Alexis' father told police that he believed his son had anger issues stemming from PTSD, a result of the fact that Alexis had been part of the rescue attempts in New York on September 11, 2001.

His Life Before the Military
Alexis was born in Queens, NY, and at one point worked in a Thai restaurant in Fort Worth, TX. He also taught himself the Thai language and became a Buddhist, an regularly attended a Buddhist meditation center. One worker there, however, reported that he was "tightly wound" and avoided him. (The Guardian) 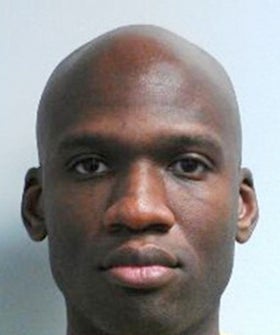 Somos Latinx
I Lead An Abortion Fund in the South. My Work Just Got Harder But...
I was 16 years old when I had my first abortion. I’d been sexually assaulted and got pregnant. I told my mom that I needed an abortion and she said no. S
by Stephanie Loraine...
Abortion Access For All
9 Posters To Bring To Your Next Abortion Rights Rally
It’s official: The Supreme Court has overturned Roe v. Wade. On June 24, people started gathering to protest against the loss of our Constitutional r
by Elizabeth Gulino
Abortion Access For All
How To Access Abortion Post-Roe
This story has been updated to reflect the overturning of Roe v. Wade by the Supreme Court. The Supreme Court has decided to overturn Roe v. Wade, the 1973
by Molly Longman
Advertisement
Abortion
What Abortion Rights Will Look Like in Your State
In a 6-3 opinion, the United States Supreme Court has overturned federal protection for abortion. While the upcoming ruling was expected, it’s only the b
by Neda Toloui-Semnani
Abortion
What Will The Roe v. Wade Decision Mean For Puerto Rico?
This story has been updated to reflect the overturning of Roe v. Wade by the Supreme Court. Dr. Yari Vale Moreno is hiring an armed security guard to stand
by Raquel Reichard
Abortion
“I’m Prepared To Scream Until My Throat Is Raw.” 6 Te...
On May 1, my biggest concerns were getting ready for prom and passing my AP tests. By the next night, my priorities were drastically different. A draft opi
by Eve Thompson-Brown
Somos Latinx
Inside the Fight for Emergency Contraception in Honduras
Gente Power is a monthly Somos series profiling the Latinx activists, cultural workers, educators, and movement leaders creating change in their communitie
by Jessica Hoppe
Somos Latinx
After the Uvalde Shooting, We Need Gun Control — Not More Border ...
Less than two weeks after the mass shooting at a supermarket in Buffalo, New York, which targeted Black patrons, another senseless massacre in Texas claime
by Marjua Estevez
News
How To Help Those Affected By The Texas School Shooting
Unimaginable. The word has been used a lot in the past 24 hours to describe the horrific news that a gunman killed at least 19 children and two teachers at
by Molly Longman
Somos Latinx
The “Great Replacement” Theory Is the American Way
Several months before Payton S. Gendron carried out a racist mass shooting at a supermarket in Buffalo, New York, which targeted Black patrons, the 18-year
by Marjua Estevez
Unbothered
Kevin Samuels’ Death And The Politics Of “Grief Respectability”
In the weeks since Kevin Samuel’s death, there have been various reactions to his passing. Some praised the late YouTube host, a self-proclaimed “datin
by Cheyenne M. Davis
Abortion
Kamala Harris On Forcing People To Stay Pregnant: “Women Are Dyin...
On May 11, as expected, the Democrats’ latest effort to protect abortion rights failed to pass in the U.S. Senate. But — echoing the likely doomed
by Molly Longman
Advertisement
Advertisement
Discover
R29 Stories & News
Watch
R29 Original Series & Films
Shop
R29's Most Wanted