Skip navigation!
Story from Entertainment News
Kate Middleton is determined to be normal. What’s more, she’s determined for little baby George to be normal, too. Sorry, that’s Prince George, we should say. First, she and Wills announced they wouldn’t be having a maternity nurse, then, they decided they wouldn’t hire a nanny, now, they’re not even having royal portraits taken. A "royal aide" has revealed that the Duke and Duchess will instead be using their own photographs for Prince George’s first official portrait, which, in a further twist, is thought to be revealed to the public by via Twitter. Can we start calling them the neo-royal couple yet?
Advertisement
Yep, despite having their dreamy engagement shots done by Mario Testino, the new parents are said to be keen to choose a portrait of their own selection, in order not to disturb the newborn’s routine with the excitement of a formal shoot. With the couple set to pick a photo from one of their relative’s recent snapshots, we’re already foreseeing yet another line on Pippa Middleton’s CV. Has a royal portrait ever been taken on an iPhone before? (Mirror) 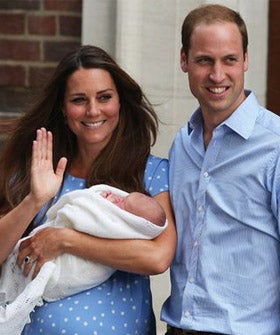