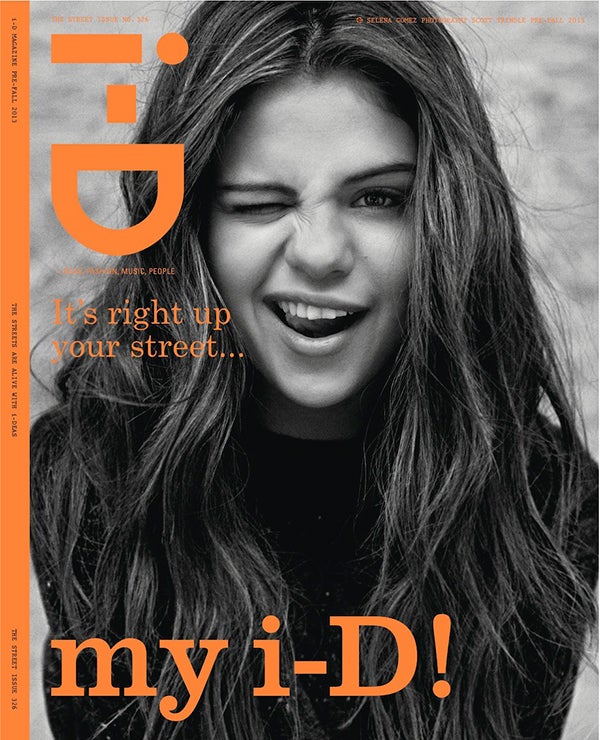 Well, Selena Gomez is definitely not a Disney kid anymore. The fresh-faced 21 year old has not only graduated from child-star status, she's breaking into indie territory, too. In a decidedly non-Spring Breakers move, she ditched the clean-cut photo studio and perfect styling for a more candid, stripped-down cover shoot in i-D's September issue. Gomez is no stranger to being a cover girl, but this is her first foray away from your typical Vogue, InStyle, and Cosmopolitan fare (though she did make an appearance in
Interview
). Anyway, Gomez takes to the rainy London streets and fits the bill as one of those high-street British trendsetters. "I was being rained on, it was freezing, I was covered in a giant sweater and my hair was all over the place," Gomez says in the issue. "I got to just be in that moment and feel like I was there.” One question: Who are her awesome friends apparently equally willing to casually stand around in the rain for several hours? 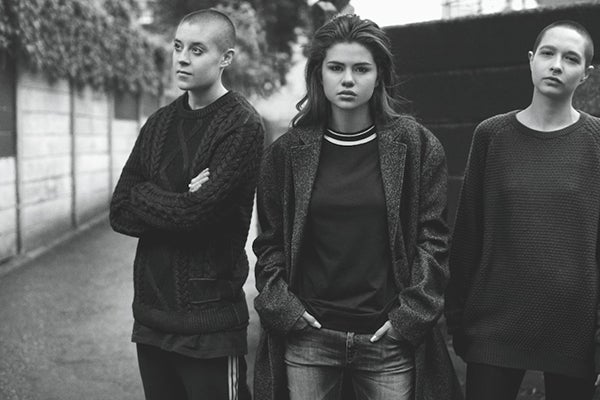 Photo: Courtesy of i-D / Scott Trindle.
For a born-and-raised Texas girl, Gomez certainly seems at home wearing London haute-grunge. To be honest, she makes the whole growing up thing look effortless. Sure, Gomez can stun in a high-gloss, photoshopped shoot, but she's never looked more mature and at ease than she has here. Perhaps her secret is hiding behind that iconic i-D wink.
Unbothered
Ari Lennox Shares An Update After Her Amsterdam Arrest
Updated December 2, 2019: Days after being detained at Schiphol Airport in the Netherlands, Ari Lennox has resurfaced on social media to give worried frien
by Ineye Komonibo
Unbothered
Two Men Convicted For The 1965 Assassination Of Malcolm X Have Be...
Nearly 60 years after the shocking assassination of civil rights leader Malcolm X, a new development in the investigation into his murder has led to t
by Ineye Komonibo
Unbothered
The Zombification of Whitney Houston
In Haitian mythology, the idea of what we now call zombies emerged from enslaved Africans’ deepest fear: not even death would bring freedom. Though suici
by Brooke Obie
Advertisement
Unbothered
Actually, Netflix, Content Like Dave Chappelle’s Transphobic Come...
Update: Netflix has fired the employee who was organizing an upcoming walkout (set to happen Wednesday, October 20) of trans staffers and allies in protest
by Kathleen Newman-B...
Unbothered
Years After Her Death, The Science Community Is Still Treating He...
In the 1950s, a Black woman named Henrietta Lacks walked into Johns Hopkins Hospital to be treated for cervical cancer, and her cells would go on to b
by Ineye Komonibo
Somos Libres
Why Black Puerto Rican Women Are Leading an Anti-Racist Media Ren...
While the 2020 Census was essential to many communities across the United States, it held a different meaning for Puerto Ricans. Battered after a decades-l
by Frances Solá-Sant...
Unbothered
R. Kelly Facing Life In Prison After Being Found Guilty Of Racket...
This story contains discussion of sexual violence. Please proceed with care. Updated September 27, 2021: Months after being charged and indicted for nine g
by Ineye Komonibo
Unbothered
Jennifer Hough’s First On-Air Interview About Nicki Minaj &...
*Editor’s note: this story contains discussions about sexual violence, threats, and intimidation. Please read with care.  A month after publicly all
by R29 Unbothered
Unbothered
CBS Will Now Turn Its Controversial Activist Competition Series I...
Updated September 16, 2021: After a wave of backlash followed the announcement of its controversial new series, CBS is going back to the drawing board to r
by DarkSkyLady
Unbothered
Megan Thee Stallion Wins Two Big Legal Victories — Against Her La...
Megan Thee Stallion scored two major legal wins this week, after a judge granted her the go-ahead to release the remix of BTS’ Butter that she is feature
by Tayo Bero
Unbothered
American Idol Alum Syesha Mercado Is Still In The Midst Of...
Singer and American Idol alum Syesha Mercado has regained custody of one of her two young children who were taken from her by authorities in Florida. Merc
by Tayo Bero
Unbothered
The Woman Assaulted By Nicki Minaj’s Husband Is Setting The Recor...
*Editor’s note: this story contains discussions about sexual violence, threats and intimidation.  Jennifer Hough —  who was assaulted by Nicki Minaj?
by Tayo Bero
Advertisement
Advertisement
Discover
R29 Stories & News
Watch
R29 Original Series & Films
Shop
R29's Most Wanted