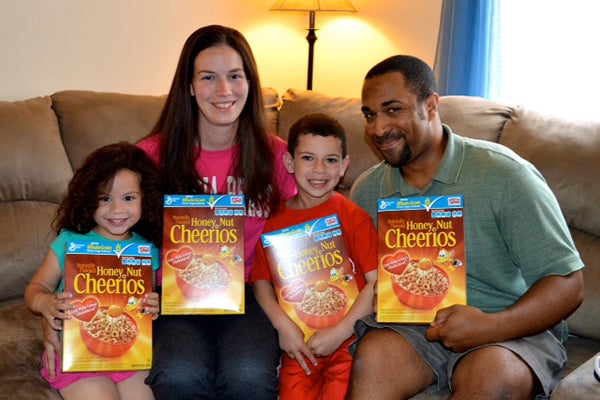 Remember when a bunch of people were inexplicably upset with Cheerios' adorable commercial portraying an interracial family? Well, now there's an amazing Tumblr dedicated to, and featuring, lovely interracial families all around America. They say that there's a silver lining to every cloud...

After watching Cheerios' uplifting ad, Michael David Murphy and Alyson West, an interracial family from Atlanta, decided to start a blog dedicated to, well, interracial families.
"We Are The 15 Percent" is a crowd-sourced Tumblr which features adorable family photos sent in from around America. In their first post, Murphy and West write, "We created this site to publicly reflect the changing face of the American family. According to the 2008 census, 15% of new marriages are interracial. And yet, it still feels rare to see something like the Cheerios ad represented in mainstream culture."

The couple certainly has a point, and we wholeheartedly agree that mainstream culture has a lot of catching up to do. And seriously, when a family looks as happy and adorable as the one above, what's race have to do with anything? (We Are The 15 Percent)