Skip navigation!
Story from Fashion
With well over a century under its belt, Harper's Bazaar is finally making its foray into the French market. While the monthly fashion magazine — known for filling its pages with gorgeous photography — is currently circulating in 44 countries, the publication has announced today that next up is a French edition. As one of the grandest, most respected fashion capitals of the world, we say it's about time!
As stated in its official press release, the respected publication has named Alexandra Senes as the mag's new editor-in-chief — a true industry pro who's not only been on the editorial side of things, working with Journal du Dimanche, L’Officiel, and Architectural Digest, but also has experience in launching her own clothing line called Kilometre, and teaching at Chambre Syndicale de la Couture Parisienne. Some people can just do it all.
Advertisement
While parent company Hearst has not yet announced when the first issue of Harper's Bazaar France will appear on newsstands, we'll enjoy making predictions now for which utterly chic style star might appear on the inaugural cover. Léa Seydoux, Constance Jablonski, Carla Bruni? The possibilities are quite endless. 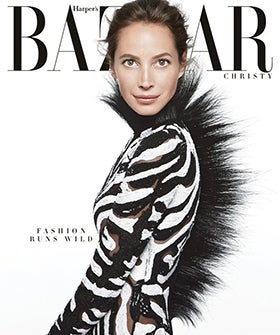 Best friend Gift Guide
11 Chic Pairs Of House Slippers You’ll Want To Cozy Up In
by Ray Lowe
Deals
This Weekend Got WAY Sexier With LELO’s Up-To-25%-Off Sale
You thought we were done with sex toy-centric sales? If you still haven’t taken advantage of all the deals that have come (wink wink) and gone, now&#
by Mercedes Viera
Most Wanted
24 Really Good Fashion Sales To Shop Right Now
by Chichi Offor
Advertisement
Deals
Get 20% Off Leeway Home With This R29-Exclusive Promo Code
Super Sale Alert: Get 20% off everything from Leeway Home with exclusive promo code REFINERY29 starting today through October 24. With Holiday dinners on t
by Mercedes Viera
Shopping
22 Just-Right Jackets To Layer Up With In Cooler Weather
by Alyssa Coscarelli
Most Wanted
The 5 Makeup Products You Need For A Quick Witch Costume This Hal...
Halloween is almost here, but don’t start panicking for last-second costumes now. You’ve still got time to put together one of our favorite spo
by Mercedes Viera
Shopping
A Clog-Shopping Guide: The Good, The Rad & The Fugly
by Emily Ruane
Deals
You’ve Got Until Tomorrow To Get 12 Bottles For $120 From Winc
Say happy birthday to our favorite online wine destination, Winc! The hub that brings wine straight to your home, curated to your exact tastes, is celebrat
by Mercedes Viera
Shopping
The Sustainable Jewelry Brand Fashion Insiders Are Obsessed With
For a long time, it seemed as though many folks busted out fine jewelry exclusively for fancy occasions or special nights out. But what’s the fun of
by Jinnie Lee
Shopping
We Spent Way Too Many Hours Digging Up These 60 Amazon Fashion Finds
by Eliza Huber
Most Wanted
Get The Perfect Holiday Gift From These Black-Owned Jewelry Brands
by Alexandra Polk
Most Wanted
25 Quilted Jackets To Cozy Up Your Closet
by Eliza Huber
Advertisement
Advertisement
Discover
R29 Stories & News
Watch
R29 Original Series & Films
Shop
R29's Most Wanted