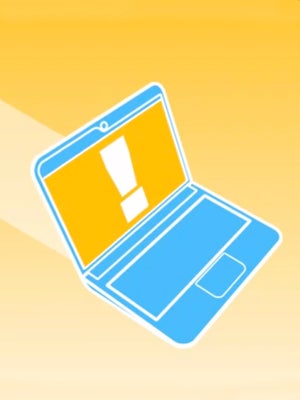 Brace yourselves. Five major Internet service providers now have the complete freedom to block your browser (no!), harass you with warnings (ugh!), and even slow your connection down to the speed of dial up if you're caught illegally downloading (blasphemy!). Under the Copyright Alert System (CAS), ISPs (Internet service providers) like Time Warner Cable, Verizon, and AT&T will assume the role of a ruler-wielding headmistress, ready to slap a wrist the moment someone breaks the rules. The goal, according CCopyrightInfo, isn't to hunt down torrent users but rather "to support the creative work we all love and enjoy by encouraging people to access and share legally."
Advertisement
Okay, so maybe we're a little bitter. Morally, we're 100% in favor of giving artists their money's worth. But having come of age in a world full of free stuff, it can sometimes be hard to say no. Still, we're going to take a stance right now and say it's time to shell out and do the right thing. Maybe this new measure can help us in our resolve, which is bound to get tested as soon as we next glance at that bothersome checking account?
But basically, here's the gist: When someone downloads from sites like BitTorrent or The Pirate Bay, content owners are notified that their material is being shared illegally p2p (peer to peer). They access your IP address (the number assigned to a computer working in a selected network) and play the role of the annoying sibling, blabbing on you to your service provider. From there, your ISP will go through a three-step warning system.
The first of these steps is a casual warning or two saying they know what you've been up to on the Internet. If you're feeling a little @badgalriri and continue to stick it to The Man, you'll enter stage two: acknowledgement. What this means varies from service provider to service provider; Time Warner will lock your browser until you call and fess up and Verizon will force you to watch a video on copyright infringement. And if that doesn't work, you enter stage three: mitigation. Comcast will require the user to complete a copyright infringement tutorial before continuing Internet use, while others will slow your Internet connection down for a few days.
Advertisement
If you feel like you don't deserve the warnings, you can protest for a small fee of $35. If you're denied, you'll have lost $35 and been found guilty of copyright infringement (ouch). Your Internet, however, won't get cut off; the provider companies still want your money, and they're not going to send your personal info to the sheriff's office straight away. In fact, after six warnings, the alerts will stop. This does not mean you're immune to lawsuits or prosecution of any kind — it just means your provider is sick of dealing with your antics. However, if the content providers decide to pursue legal action, they can subpoena your provider for your identity, and have you arrested.
The point is simple: Don't do it. It should be noted that the CAS is different from last year's Stop Online Piracy Act (or SOPA) that put media sharing sites like YouTube on the cutting block and planned to severely limit what could be Googled. We spoke with Sam Biddle at Gizmodo who put it plainly: "SOPA was a piece of federal legislation, whereas the Copyright Alert System is an entirely private sector, voluntary affair that major ISPs have agreed to." He explains that "SOPA was designed to more or less kill copyright-infringing websites entirely [like The Pirate Bay], whereas the alert system, hypothetically, punishes customers who use BitTorrent for piracy with slower or briefly terminated service." CAS merely wants to insinuate a Big Brother type of Internet environment to scare people away from illegal file sharing platforms and steer them in the direction of legal downloading sites (we remember the iTunes Store — really, we do!). Torrenting won't stop, though; it'll just get more aggravating — which isn't so bad...until a lawsuit comes your way. (Gawker)

Tech
I’m Addicted To Emojis. Help?
I’ve long been a big fan of emojis. When I was in high school, my best friend and I would stay up way too late trying to get one another to guess mov
by Olivia Harrison
Living
Why Everyone You Know Suddenly Has Main Character Syndrome
In psychology, Main Character Syndrome is described as being… well, it actually doesn’t exist as a diagnosable mental illness, at least not in the Amer
by Michelle Santiago...
Pride 2021
Queerness Is A Meme: Why All The Good Social Media Is Gay
If you can immediately identify what milk alternatives, eyebrow slits, astrological charts, cottagecore aesthetics, Lil Nas X’s “MONTERO (Call Me By Yo
by Lydia Wang
Advertisement
Instagram
Gaslight, Gatekeep, Girlboss: How Memes Became A Cry For Help
After a year-plus inside, the time for “coming out” is finally here — though it’s not as clean a slate as we expected, nor is it as explosive a beg
by Michelle Santiago...
Tech
The “Best” Memes Of 2021, So Far
by Michelle Santiago...
TikTok
The Word Cheugy Is Already Cheugy
There is, once again, a trendy term going viral. A term that is dividing generations and genders. A term that groups a number of food, fashion, decor, and
by Michelle Santiago...
TikTok
Small Businesses Are Thriving On Social Media & That’s Maki...
In February, a small Latina-owned business that specializes in scented lip glosses and scrubs went viral on TikTok for an audio clip that began, “I l
by Michelle Santiago...
Tech
Pfizer vs. Moderna Memes: The Gag Is Vaccine Elitism Shouldn’t Exist
Throughout the coronavirus pandemic, we’ve had memes to explain, critique, and immortalize every moment and hot take. We’ve shared memes about how coro
by Michelle Santiago...
Erotica Guide
Fanfiction Is Cringey & Beautiful — No Wonder It’s Having A Moment
Do you ever dream of finding out your horrible mother sold you — messy bun and all — to be a One Direction sex slave? Or are you more familiar wit
by Michelle Santiago...
Home
7 Types Of Laptop Stands Best Suited For Your WFH Setup
by Alexandra Polk
Tech
Songs To Kill Royals To: In Praise Of The Oddly Specific Playlist
Around this time last year, we found ourselves spending more time with screens than ever before. We played tons of video games and watched lots of TikTok,
by Michelle Santiago...
LGBTQ+
The Super Straights Are Definitely Not Okay
The internet is often lauded as a technicolor cyberscape where lonely queer kids in flyover states can find like-minded people and feel less alone. If you
by Michelle Santiago...
Advertisement
Advertisement
Discover
R29 Stories & News
Watch
R29 Original Series & Films
Shop
R29's Most Wanted