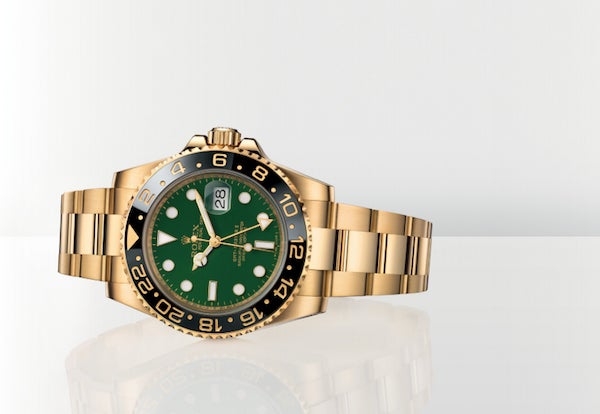 Since Wall Street hit hard times back in 2008, America has added a new category to the social roster: the formerly rich, currently broke. Though it's hard to imagine how people of such funds could find themselves in need of fast cash, it happens. Despite an extensive education and probably a great résumé, some former big shots might have serious trouble finding another job in their field. But, of course, it's a bit different than the traditionally grim vicious circle of poverty. You might not have a salary, you might burn through your savings, but you've still got mad money lying around in the form of fine jewelry, artwork, and the like.
Advertisement

What good is that? Well, those with a slightly more conventional experience with living in the down-and-out would automatically point one in the direction of a pawn shop.
Business Insider
notes that many of these former uptown types may be either ashamed to sink to such lows or have no idea how a pawn shop actually works. That's where things get interesting.

Boston-based company Pawntique is one in a string of new online pawn shops offering anonymity and catering to finance types with higher-priced goods to sell than your typical pawn fare. We're talking all the best and brightest of Fifth Avenue — diamonds, luxury watches, designer duds, and high-end gadgets. The site works like a regular pawn shop, with a three-to-six-month loan period before the item is sold. But Pawntique claims a higher average of loan repayment than the rest of the industry.
"We want our clients to get their items back," says Thomas Persing, an exec at Pawntique. "A lot of the items they've collected or acquired may be really important to them. They don't want to lose them, and we don't want them to lose them."
It's great that there's an option for people who suddenly find themselves in hard times with no knowledge of how to cope. But this is hard proof that even in hard times, there's always a market. One man's suffering is another man's treasure...but sometimes, if you behave, you get your treasure back! (Business Insider)