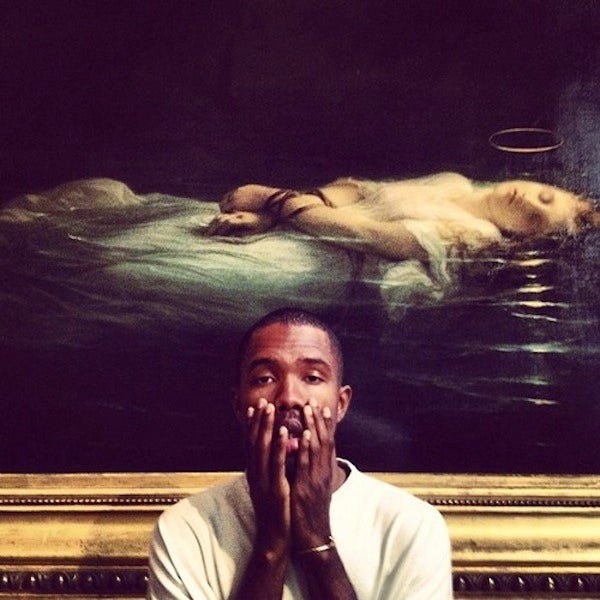 Sometimes with all that Oscar buzz, we forget there's another giant awards show right around the corner — but we were reminded early this morning with the release of the 2013 Grammy nominations! As MTV points out, there's no clear all-around winner, and if you ask us, that's a good thing. While we loved seeing Adele humbly lord over her kingdom of musical minions last time, there's distinctly less of an edge to watching something you could've predicted every minute of play out on live TV. Fun., Frank Ocean, Mumford & Sons, Kanye West, and Jay-Z are all tied with six nominations. The Black Keys are right behind that group with five. Though it's a pretty level playing field, personally, we'll be pretty upset if Frank Ocean doesn't come home with a full bag of trophies. Is there a Grammys equivalent to the common election night claim that "If so-and-so doesn't win, I'm moving to Canada"? If Frank Ocean doesn't win Best New Artist, we're moving to the town in Footloose?
Advertisement
Check out the full list of televised nominations, and mark your calendars right now: The big show will air on February 10th on CBS (and you know we'll be covering the red carpet). (MTV)

P!nk, The Truth About Love

Album of the Year

Record of the Year

Gotye feat. Kimbra, Somebody That I Used To Know

Frank Ocean, Thinking about You

Taylor Swift, We Are Never Ever Getting Back Together

Movies
Wild Wild Country‘s Ma Anand Sheela Has A New Story ...
Netflix has given us a plethora of darkly fascinating true crime stories over the years, but little could have prepared the world for the the story of the
by Ineye Komonibo
Pop Culture
Macaulay Culkin & Brenda Song Quietly Welcome Their First Child
Actors Macaulay Culkin and Brenda Song are brand new parents, having just welcomed their first child — a son — into the world. Born on April 5, Dakota
by Natalie Morin
Entertainment
Timothée Chalamet Crashed SNL With A Weird Little Flute
The April 10 episode of Saturday Night Live featured an epic surprise collaboration between Chris Redd, Pete Davidson, Kid Cudi — and a weird little flut
by Natalie Morin
Advertisement
Celebrity Couples
Henry Cavill Is Dating A Former My Super Sweet 16 Star
Your feelings for Henry Cavill probably intensified after seeing him don his Superman suit once more in the recently released Snyder cut of Justice League,
by Ineye Komonibo
TV Shows
These Are The 22 TV Treats You’ll Want To Watch This Spring
by Ariana Romero
Music
The BEST Dance Songs Of All Time
by R29 Editors
Best of Netflix
Everyone Is At Home Watching These 10 Shows & Movies On Netflix R...
by Ineye Komonibo
TV Shows
What Are The Touched On The Nevers & What Does That Episod...
Spoilers are ahead. There is a lot going on in the first episode of The Nevers on HBO. The series clips along at a relaxing pace despite the fight scenes a
by Leah Marilla Thomas
TV Shows
The Nevers Already Has An Overwhelming Cast Of Characters
by Leah Marilla Thomas
TV Shows
Both Of The Crown‘s Prince Philips React To The De...
Shortly after news broke on April 9 that Prince Philip died at the age of 99, many offered their condolences to the royal family, including those who&
by Natalie Morin
Movies
The Thunder Force Soundtrack Is Basically A Playlist For S...
by Martha Sorren
More In Music
New Music To Know: Dove Cameron Doesn’t Want Your Lazy Love
As if Fridays weren’t your favorite day already, Refinery29 will also be gathering the best new music out each week, and breaking down why each track des
by Ineye Komonibo
Advertisement
Advertisement
Discover
R29 Stories & News
Watch
R29 Original Series & Films
Shop
R29's Most Wanted