We don't really have the words to describe on how flippant this feels. We're still feeling a bit numb and mournful, after reading the news of last night's tragedy in Aurora, CO. And this kind of response is inexplicably irresponsible at best, but offensive and disrespectful at the worst. Quite frankly, we're surprised that the e-commerce shop hasn't yet taken the tweet down, or issued an apology, despite the obvious outrage that followed its posting. (Twitter)
UPDATE: CelebBoutique just took the tweet down, and apologized. Phew. 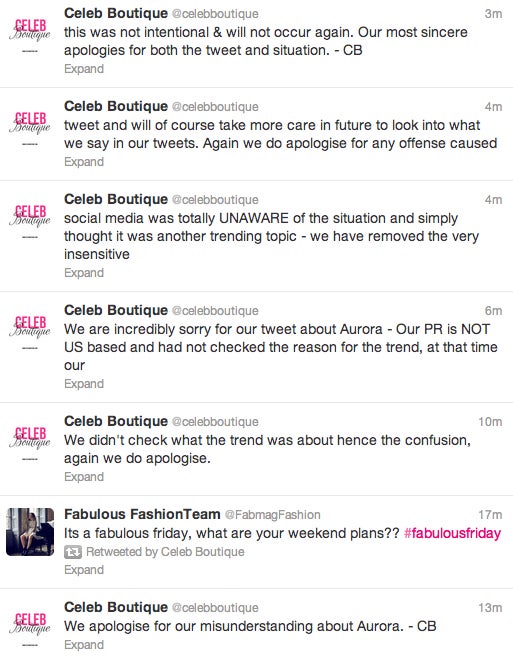