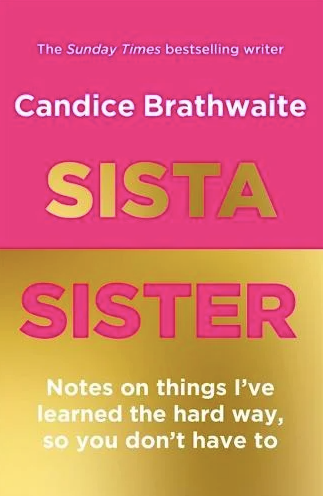 Quercus Publishing
Sista Sister By Candice Brathwaite
£15.79£16.83
Bookshop
Horoscopes
Read Your Birth Chart Like A Total Pro With This New Astrology Deck
The birth chart: It’s a snapshot of the sky on the moment you were born that can potentially dictate your personality, career, love life, and even what y
by Mercedes Viera
Horoscope
The Full Moon In Cancer Reminds Us: To Love Something Is To See I...
In a world that can often feel off the rails, there’s reassurance in a pattern. Human behaviour may alter the course of human history, but the course of
by Gala Mukomolova
Horoscopes
Your 2022 Money Horoscope Is Here, & These Dates May Make Or Brea...
by Lisa Stardust
Advertisement
Horoscopes
Your New Year’s Eve Horoscope Is Here, & This Is How Each S...
by Venus Australis
Horoscope
Your 2022 Horoscope Is Here, & It’s Asking Us To Step Into The Light
by Gala Mukomolova
Horoscopes
Your 2022 Sex Horoscope Is Here, & This Year Is All About Experim...
by Lisa Stardust
Horoscope
Your Weekly Horoscope: December 5th to December 11th, 2021
by Gala Mukomolova
Horoscope
Your December Horoscope Is Here, & These Dates Are Setting You Free
by Lisa Stardust
Wellness
Can TikTok Reiki Really Boost Your Mood?
You’re semi-supine, on hour three of mindless TikTok scrolling. Doja Cat is there, followed by some actual cats, and suddenly a creator called Mystique A
by Elly Parsons
Unbothered
The Wellness Industry Has An Inclusivity Problem. Black Girls Hea...
When Delilah Antoinette found herself struggling with her mental health in 2017, she longed for a safe, Black space to unpack her experience. Unfortunately
by Stephanie Long
Horoscopes
What Your Ruling Element Can Tell You About Your Relationship
You don’t have to be an astrological fanatic to know your sun sign’s ruling element — after all, there are only four to choose from. Whether
by Sara Coughlin
Wellness
Spirituality Can Help Your Mental Health, Even If You Don’t...
Spirituality – whether you define it in a religious framework, as a connection to a higher power or simply gut instinct – is not something th
by Sadhbh O'Sullivan
Advertisement
Advertisement