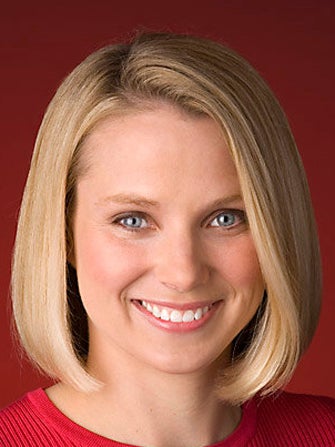 When Yahoo’s flashy, decade-long highway billboard was taken down in 2011, we thought the tech company’s presence in the city was dwindling. Now, Marissa Mayer has plans for a major comeback in our topsy-turvy hills, including settling in some shiny-new offices and taking back its billboard. So, move over Twitter, because Yahoo is about to settle down in your neck of the woods. The space in question is Square’s current dwelling inside the San Francisco Chronicle’s building that the portable-credit-card-reader startup is about to vacate for swankier digs.
The move from Yahoo's current offices in Sunnyvale to S.F. is rumored to be a part of Mayer’s plot to attract younger techies to work for the company. We’ll keep our ears to the ground for word on whether a lease gets signed, and when that happens, we’ll be over there asking to borrow a cup of sugar, or you know, try to get the digital down-low. (All Things D)

Advertisement
San Francisco
S.F.'s Best Cheap-Eats Spots (& What To Order)
by Lauren Sloss
Tech
8 Young Professionals Share Their Work Secrets
The tech industry is growing at a head-snapping pace, with a pool of talent that includes some of the world’s brightest innovators, movers, and shake
by Angela Tafoya
Hair
4 DIY Hairstyles That Take Unwashed Hair To The Next Level
In a dream world, we would all roll out of bed with perfectly imperfect hair. You know, like the stuff you see in rom-coms and on Kate Moss. But, let’s b
by Katie Nash
Work & Money
This Entire Company Got Totally Naked For April Fools’ Day ...
by Angela Tafoya
Books & Art
This Artist Endured 8 Hours Of Catcalling To Fight Sexual Harassment
by Natasha Young
San Francisco
What It’s REALLY Like To Be A San Francisco Barista
by Kelly Anne Bonner
San Francisco
Farm-To-Table Weed Exists — & It Comes In A Mason Jar
I get a text message alerting me that my marijuana delivery will be at my apartment in four minutes. “You can track your driver by clicking this link
by Matthew Latkiewicz
San Francisco
10 NSFW Moments From The World’s Biggest Leather Event
by Michele Bird
San Francisco
15 Chic Styles You’ll Want From Everlane Now
by Michele Bird
San Francisco
The 15 Most Beautiful Spots In San Francisco
by Michele Bird
Home
This San Francisco Home Has The Most Beautiful Travel Souvenirs
by Homepolish
San Francisco
Every Alt-Bride Will Want A Wedding Like This
by Michele Bird
Discover
R29 Stories & News
Watch
R29 Original Series & Films
Shop
R29's Most Wanted