By now, you may have heard some of the health buzz surrounding your thyroid gland and the ways that it can potentially affect your health. This small gland — really, just the size and shape of a (little) butterfly — found in the base of your neck, plays a big role in your health, as well as how you feel on a daily basis. Here's how it works: your thyroid converts iodine (a substance found in foods items ranging from potatoes to dairy products) into two hormones: T3, which is triiodothyronine, and T4, known as thyroxine.
So, why should you care? “The thyroid secretes these hormones, and then they go directly into the blood, which then affects the entire the body because [the hormones travel all over your system and work into every single cell,” says Betul Hatipoglu, MD, an endocrinologist at the Cleveland Clinic in Cleveland, Ohio. That's right — the thyroid affects everything in your body, head to toe.
Advertisement
The problem: the thyroid doesn’t always function perfectly, and thyroid issues are becoming more and more common. An estimated 20 million Americans have some type of thyroid disorder, and one in eight women will develop one in her lifetime, according to the American Thyroid Association. According to Hatipoglu, thyroid issues are very common during menopause, but they can pop up if even you’re thirty-something (especially if new to the Pill or pregnant, as an increase in estrogen can throw the thyroid out of whack). A family history of issues with the gland can raise a red flag on how it will behave for you. While the thyroid is most known for its role in metabolism — either making it work double time, leading to weight loss; or more commonly, slacking off and causing weight gain — having your favorite jeans feel a little snug isn’t the only sign of a malfunctioning thyroid.
Here's the good news. A simple blood test can detect high or low levels of thyroid-stimulating hormones (TSH) and lead to setting them straight, by getting a prescription from a doc to either speed them up or slow them down. Here are some symptoms of a thyroid gone wrong, how to test your TSH, and what to do if you have an imbalance. 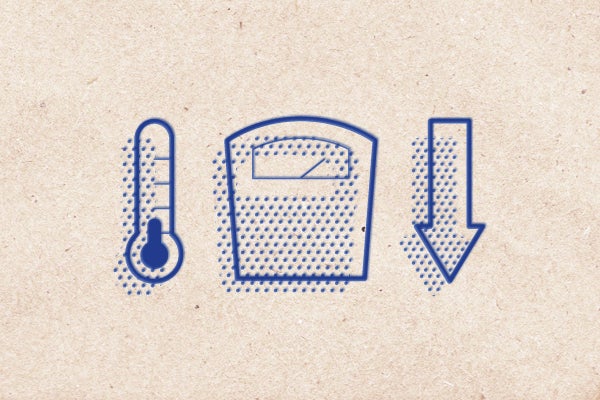 Hypothyroidism: When Your Thyroid Is An Underachiever
Some of the major symptoms of an underactive thyroid is being tired and sluggish (even when you catch enough sleep and OD on caffeine), as well as forgetfulness, a feeling of ‘cloudiness,' gaining weight, losing hair, headaches, feeling colder than usual, excessive dry skin, pain in muscles and joints, and constipation. The problem? Many of these not-feeling-so-hot signals could happen to the best of us when we're having an off week (or month), which can make the presence of this condition hard to diagnose.
Advertisement
“A lot of symptoms, especially in hypothyroidism, are non-specific and could be caused by variety of different things. Especially in January or February if you live in the Northeast...things like feeling tired, slightly depressed, feeling cold and gaining weight are common,” says Alan P. Farwell, MD, associate professor of medicine at the Boston University School of Medicine and director of patient education at the American Thyroid Association. “If a few of these symptoms persist for more than a few weeks or seem to be getting worse, then you should go see your doctor to have your thyroid checked.” 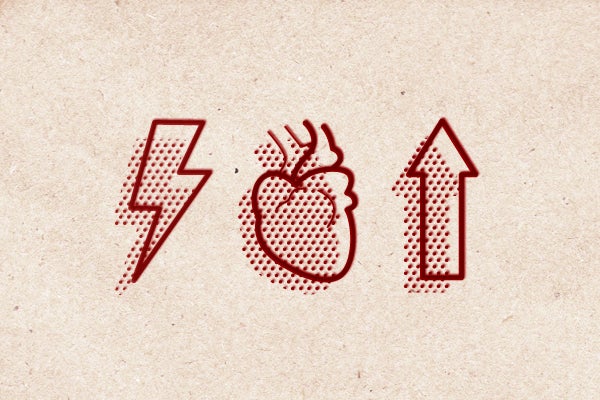 Hyperthyroidism: When Your Thyroid Does A Little Too Much
Common characteristics of a thyroid on overdrive include the following: feeling jittery and anxious constantly, stomach issues, losing a significant amount of weight (as in, enough that doesn’t seem healthy or normal even if you’re eating right and hitting the gym), having tons of energy followed by exhaustion (because you get wired and then overdo it), as well as difficulty sleeping, hot sweats, and a rapid heartbeat.
“These types of symptoms make detecting hyperthyroidism a whole lot easier than hypothyroidism,” says Hatipoglu. Because, let’s face it, heart palpitations are surely going to get someone into the doctor faster than just feeling a little bit down. “Also, some of the cognitive symptoms are similar to those of someone with a manic disorder — first you are racing around, and then suddenly you have fleeting thoughts, decreased memory, and feel tired,” explains Farwell, who says to get a blood test to check thyroid hormone levels if any of the above symptoms persist. And on that note....
Advertisement 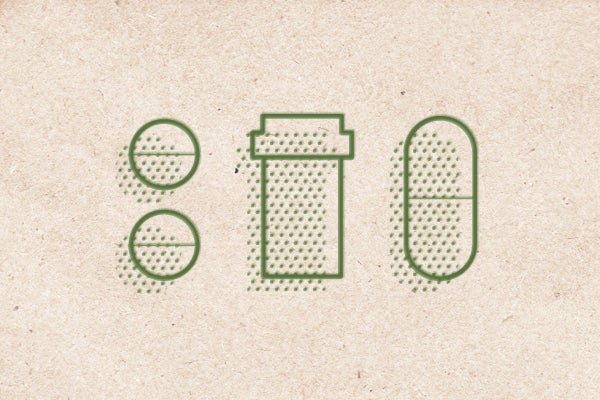 How To Reset Your Thyroid
Before you and your doctor can create a plan of action, you'll first need to get that TSH blood test; your doctor may want to take a general overview of TSH or examine the individual hormones. “Typically, in a standard screening, looking at TSH can make it clear how the thyroid is functioning—but in more extreme cases, looking at T3 and T4 specifically will need to be done,” explains Farwell. If a blood test shows that thyroid hormone levels are way above normal, a doctor may prescribe Methimazole or Propylthiouracil, which can help slow down the production of TSH. On the flip side, Levothyroxine can help kick-start the production of TSH.
Some medical experts may push natural thyroid balancers such as iodine. However, the doctors interviewed for this story say that in the United States (unlike, say, developing nations), getting enough iodine from a normal diet to aid the thyroid in doing its thing is not an issue — and if not, the levels in a standard multivitamin is more than enough (around 150 micrograms). The reason it’s crucial to make sure you get iodine in some form? “The body doesn’t make it on its own, so obtaining the max amount from food is necessary and the first choice over a supplement, whenever possible,” says Hatipoglu. Look for iodized salt, cow's milk, seafood, and some vegetables — but as always, ask your doctor before cooking up a storm.
Horoscope
Tonight’s Full Blood Moon In Aries Brings Passion, Impatien...
If you’re looking up at the big bright full moon in Aries wondering, What kind of moon are you? — you’re not alone. Tradition states that full moons
by Gala Mukomolova
Unbothered
The Wellness Industry Has An Inclusivity Problem. Black Girls Hea...
When Delilah Antoinette found herself struggling with her mental health in 2017, she longed for a safe, Black space to unpack her experience. Unfortunately
by Stephanie Long
Horoscope
Your Horoscope This Week: October 17, 2021
by Gala Mukomolova
Advertisement
Fertility Diaries
I’m 33 & Have ‘Unexplained Infertility,’ But I’...
Welcome to Refinery29’s Fertility Diaries, where people chronicle their joyous, painful, and sometimes complicated paths to parenthood. History: My husba
by Refinery29
Horoscope
Everything To Know About The Air Signs: Gemini, Libra, & Aquarius
Perhaps one thing that all air signs have in common is the confusing nature of their symbols. Libra is represented by scales, an instrument that measures w
by Gala Mukomolova
Sex Toys
R29 Readers’ 12 Most-Wanted Sex Toys Are Orgasmically Good
Sex toys always have us a-buzz. From a little extra pleasure with your S.O. to a full-stop solo show, there’s a toy for your every mood. And no one k
by Mercedes Viera
Books & Art
These Intimate Portraits Show The Reality Of Living With OCD
Obsessive compulsive disorder (OCD) is a largely invisible mental illness. To those who have never experienced it in themselves or loved ones, it may seem
by Sadhbh O'Sullivan
Horoscope
Mercury In Retrograde Is Over For 2021. Here’s What Happens...
For the past month, Mercury retrograde in Libra has been wreaking havoc on us, stirring up drama in our relationships, messing with our technology, and dis
by Elizabeth Gulino
Shopping
People Can’t Get Enough Of This Bestselling Vaccine Card Pr...
This just in: Fall’s hottest accessory isn’t a new bag or a cool pair of chunky loafers, but rather, a holder for your COVID vaccine card. That
by Karina Hoshikawa
Wellness
What Does It Really Mean To Be A Bottom?
I remember a Tumblr post that changed my view of vaginas forever, as Tumblr posts are wont to do when you’re 16 years old and on the family computer late
by Gina Tonic
Single Files
My Breakup TikToks Went Viral & Then Everything Changed
I never considered myself to be someone who would put my happiness in someone else’s hands. I’ve always been very independent; I value my space and put
by Amelia Samson
Relationships
Scheduling Sex Felt Strange & Vulnerable — It Also Helped My Rela...
Whenever I need to find the time to do something that matters in my life, from exercise to writing to keeping up with friends, I always check my schedule a
by Anne H. Putnam
Advertisement
Advertisement
Discover
R29 Stories & News
Watch
R29 Original Series & Films
Shop
R29's Most Wanted