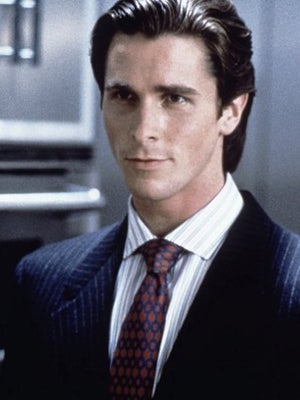 This has not been a good week for journalism. First, we're a hair stressed out because, well, that's just life. Then, we find out we empirically have one of the most stressful jobs around (duh). And now, we're all psychopaths? Great.
Well, not all of us — but it is one of the jobs most likely to attract psychopaths, according to a book that's been making the rounds on the Internet. Aspiring Patrick Batemans of the world will be disappointed to know finance mogul isn't listed on there, though we're sure with a bit of hard work, anyone can achieve their dream of psychopathy regardless of their current job. It's never too late for now!
Advertisement

If you're skeptical, take note: The book where this intel originally comes from,
The Wisdom of Psychopaths, has gotten positive reviews from a number of reputable sites and appears to be credible, in addition to very interesting. So, while it might be fun fodder to joke about, there's truth here. That said, we have to wonder if this isn't partially a result of stereotypes. From classic jokes to TV archetypes, we're conditioned from a young age to think of lawyers as crazy manipulators. There's some validity to it, in that the job requires an ability to manipulate and sway people's opinions, but someone born with psychopathic tendencies might also be drawn to a profession of such repute. And there's got to be something to the fact that this list lines up curiously well with another list of the world's most stressful jobs.

Without further ado, here's it is. And there are definitely some surprises on there. (Mediabistro)