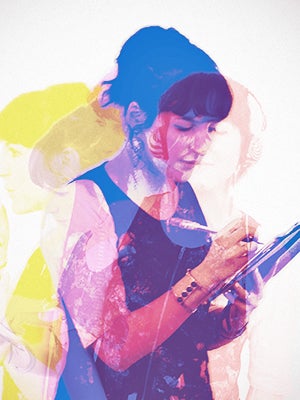 The term ‘multitasker’ is one that is used often — and let’s face it, it’s a necessary trait in our ADD age. (Seriously, try to imagine only doing one thing at a time, for real.) And, while there are always, of course, exceptions to the rules, women are typically wired to be better multitaskers.
“For unclear reasons, it does appear that women are able to engage multiple tasks more effectively than men,” says David Perlmutter, M.D., a neurologist in Naples, Florida. “This has been well documented in research — in scientific experiments, it appears that women are better able to look at tasks by embracing the ‘big picture’ and recognizing and analyzing the multiple parts as opposed to men, who seem to focus more on the individual parts, while ignoring the whole.”
Advertisement
So, while you may be born to be better at taking on a crazy to-do list and banging it all out simultaneously, there are ways to maximize your try-to-do-it-all potential. “We don’t really multitask in the strict definition of the word — what really happens is that our brains are able to switch quickly back and forth between various thoughts or tasks,” says Perlmutter. “This process is enhanced when the actual function of the individual brain cell and its connection are enhanced.” 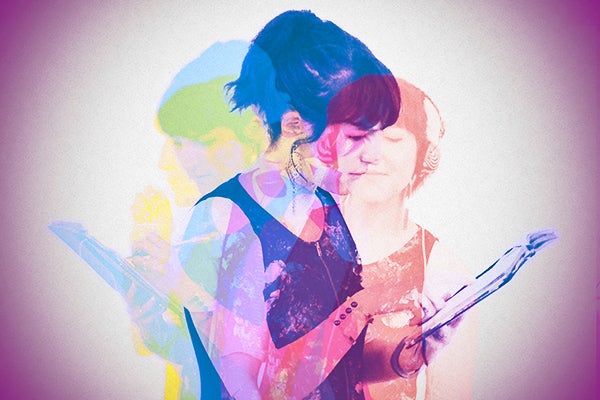 How can you help that happen? It could be as easy as eating: “Nutritionally, anything that increases a substance called BDNF (brain derived neurotrophic hormone) will be beneficial,” he says. “One of the most important players to turn on BDNF and thus enhance the process, from a nutritional perspective, is 800 to 1000 mg of DHA supplement, or eating foods rich in omega-3 oil from algae or fish (high levels of ‘good’ fats) while restricting carbohydrates from your diet.” It’s important to note that we now recognize that gluten sensitivity can markedly reduce the brain’s ability to perform, especially as it relates to complex tasks, he says.
Another productive game-changer: any form of aerobic exercise for a minimum of 20 minutes daily. “All of these are things that you can do right away to improve your ability to deal with multiple ongoing mental tasks and these all depend upon increasing the function of individual nerve cells by increasing the brain’s ‘growth hormone,' BDNF,” he says.
Recent research by scientists at the University of California, Berkeley, published in the journal Nature Neuroscience, used brain scans to reveal that the brain attributes more of its focus on what you are working on at that time (i.e. if you are at work and planning a project, you’re less likely to be thinking about, say, when you are going to walk your dog) and other parts of the brain will jump on the bandwagon to help out if need be.
So, what does that mean for how you ‘multi-task’ or what you decide to group together? “The specific tasks matter in terms of the parts of the brain that are recruited to participate, but its also interesting to note that new research indicates that specific brain areas can actually process different types of information in response to demands,” explains Perlmutter. “For example, we now know that an area of the brain dedicated to processing visual information in terms of categorizing items can also process information that relates to movement.” Have a ton of stuff to get done? Well, get on it.
Somos Latinx
I’m Still Unlearning My Internalized Ableism as a Fat & Dis...
Relaciones is a monthly series that helps Latinxs navigate interpersonal and intrapersonal relationships by unpacking the tough but necessary conversations
by Yesika Salgado
Horoscope
This Gemini Season Is A Breath Of Fresh Air
There’s a vibe shift coming — astrologically speaking, that is. On May 20, the Sun will leave its spot in stubborn Taurus and enter into the sociab
by Elizabeth Gulino
Most Wanted
The Best Suction Vibrators, According To A Sex Therapist
Suction sex toys defy everything you’ve come to expect from a vibrator. For starters, powerful thrusts and pulses are replaced with targeted waves of
by Karina Hoshikawa
Advertisement
Horoscope
An Alluring New Astrology App With Celestially Precise Insight
Calling all star signs, from the astro-curious to the straight-up celestially obsessed. A new phone app has crash-landed into this universe, and Hint is he
by Chichi Offor
Horoscope
The Lunar Eclipse In Scorpio Will Help You Harness Your Inner Cou...
Total Lunar Eclipse. Just saying the words out loud feels like an invocation. The way that “total” is a kind of promise, an envelope the moon slips int
by Gala Mukomolova
Horoscope
Your Horoscope This Week: May 15th to May 21st, 2022
by Gala Mukomolova
Dedicated Feature
Yes, My Emotional Support Object Is My Water Bottle
Yes, the rumors are true. I — a 28 year-old woman with a full-time job, a solo car insurance policy, and not one but two gym memberships — still sleep
by Emma Turetsky
Can We Talk?
I Set Boundaries With My Racist In-Laws — Will My Partner Resent Me?
Thanks for reading Can We Talk?, a sex and relationships column that aims to tackle the burning questions about sex, dating, relationships, and breakups th
by Moraya Seeger DeG...
Unbothered
What Is A ‘Soft Black Girl Summer’? And Why I’m Vowin...
Follow the hashtag #SoftBlackGirl on Instagram and you will be inundated with tens of thousands of ethereal posts emulating something of a Bridgerton tea p
by Evie Muir
Sex
5 Items You Have At Home That You Can Use As Homemade Lube
by Cory Stieg
Horoscope
Jupiter In Aries Is About Turning Your Dreams Into Reality
For the first time in 11 years, Jupiter, the Planet of Luck, Abundance, and Expansion, is moving out of dreamy Pisces and into fiery Aries. From May 10 to
by Elizabeth Gulino
Most Wanted
Add These Natural, Organic Lubes To Your Bedside Table
by Erika W. Smith
Advertisement
Advertisement
Discover
R29 Stories & News
Watch
R29 Original Series & Films
Shop
R29's Most Wanted