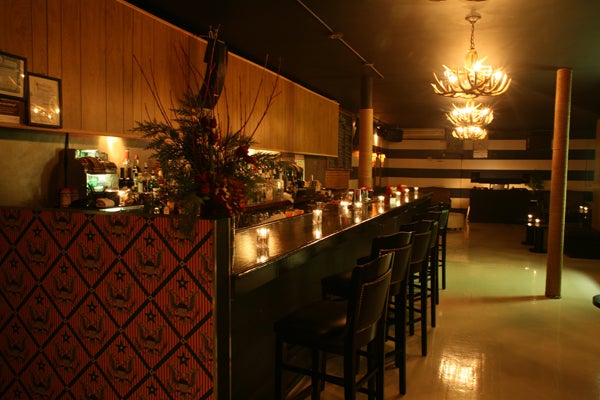 Tired of the bottle service, velvet ropes, and all the attitude that comes with it? Check out Tribeca's soon-to-be-new nightspot The Anchor, "where everyone knows you're lame." Opening up their second location not too far away from their premiere digs on Spring Street, the founders felt they had to "geographically move away" from the clubbish scene that doesn't represent their brand: The glittery, too-cool-for-school kids blasting their pop-house music (untz untz untz). Ever see that empty space on Washington Street, two blocks south of Canal? Well, it's been vacant for about 40 years (we know, how did that happen in NYC?) — until now. The new location will feature a restaurant and pub specializing in bourbon and tequila (heehaw!). And what's The Anchor's next nightlife endeavor without DJs? Downstairs will host the same crop of cool spinners in a dimly lit lounge, curated by Damon DeGraff of DGI (the same guys who bring you everyone from Jay-Z to Tina Turner). If this is lame, we don't wanna be cool.
While the opening date is not set yet (nor have they chosen a chef for the restaurant), you heard it here first! But don't worry, if you want to keep the other Downtown kids out, we'll keep it hush-hush.

Photo: Courtesy of The Anchor