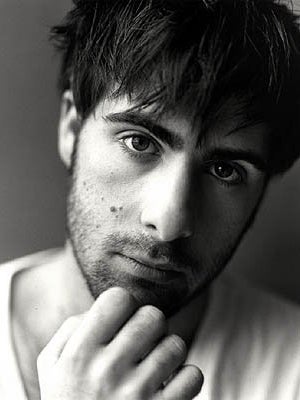 Photo: Via Facebook/Jason Schwartzman
After Netflix scooped up a flurry of Emmy nominations for its original productions House of Cards and Orange is the New Black, it’s only natural that other instant channels are following suit. And, it looks like Amazon’s Prime Instant Video is officially in production mode with a trio of new projects — all with notable names behind them. Expect these new programs to make you howl with laughter, as each is falling under the comedy genre.

First up is Mozart in the Jungle, based on a memoir of the same name, that has none other than Roman Coppola behind the script, and beloved quirky heartthrob Jason Schwartzman cast in a starring role.
Next up, just in time for Football season, The Outlaws revolves around an NFL team and is described as “edgy” by its creator Jeremy Garelick, who also wrote the screenplay for the Jennifer Aniston flick The Break-Up. Lastly, for those in favor of more cynical fare, there’s Transparent, which depicts the lives of a Los Angeles-based family with extreme boundary issues. And, here we thought our roomies could be dramatic!

All three half-hour pilots will be subject to viewer response when they debut in the UK in 2014; If fans give them a thumbs up, the series will go into full-season production. Let’s face it, we can all use a weekend devoted to binge-watching some fresh programs, so we’ll keep our fingers crossed they’ll all be coming to a laptop near us, soon.
Advertisement
Pop Culture
Is Harry Still A Prince? & Other Questions About Prince Harry & M...
Prince Harry and Meghan Markle continue to step further away from the traditional royal path by abandoning their titles, an unexpected announcement just 10
by Tara Edwards
TV Shows
Aaron Hernandez’s Former Fiancée Speaks Out For The First Time Si...
There are several questions about Aaron Hernandez that Netflix’s chilling new docuseries, Killer Inside: The Mind of Aaron Hernandez, attempted to answer
by Lydia Wang
Entertainment News
Prince Harry & Meghan Markle Will Leave Their HRH Titles Behind —...
When Prince Harry and Meghan Markle announced that they would be taking a step back from the royal family, there was a lot of confusion about what, exactly
by Lydia Wang
TV Shows
When Does HBO’s Avenue 5 Take Place?
HBO’s new sci-fi comedy Avenue 5 from Veep co-creator Armando Iannucci is about as out there as it gets as far as our galaxy is concerned. Set on a l
by Sarah Midkiff
TV Shows
Move Aside, Jude Law: Meet The New Pope — & Some Wildly Un...
by Sarah Midkiff
Pop Culture
Cameron Diaz & Benji Madden Got Creative With More Than Their Bab...
One of the toughest decisions parents must make is what to name their child. What’s in a name? How creative should you get? Should you continue family na
by Tara Edwards
TV Shows
Don’t Miss The SAG Awards! Here’s How To Watch
Award show season is upon us. Well, it has been for a little while, but for film and television, this is when it starts to get good. Nearly every weekend o
by Sarah Midkiff
Pop Culture
Meghan Markle Isn’t Overreacting: She Gets More Negative Press Th...
Just under two weeks ago, Prince Harry and Meghan Markle, the Duke and Duchess of Sussex, announced that they would be stepping back from their roles as se
by Lydia Wang
Best of Netflix
Sex Education Season 2 Binge Club Recap: Episodes 1-8
Let Otis’ sexual awakening begin. After his epic season 1 finale wank fest, Otis (Asa Butterfield) can’t seem to give his hand a break. Sex Education s
by Shannon Carlin
TV Shows
Peter Weber Starred In This Very Memorable TV Commercial & I̵...
You know those commercials that stay lodged in your brain, even if you never buy the product they are advertising or barely remember what the purpose of th
by Kaitlin Reilly
Movies
If There’s One Reason To Watch Netflix’s A Fall Fr...
It’s clear from the start of Tyler Perry’s new Netflix movie, A Fall From Grace, that it’s going to have a couple surprises — if only b
by Lia Beck
TV Shows
Who’s Who In The Cast Of Disney+’s Diary Of A Futu...
by Leah Marilla Thomas
Discover
R29 Stories & News
Watch
R29 Original Series & Films
Shop
R29's Most Wanted