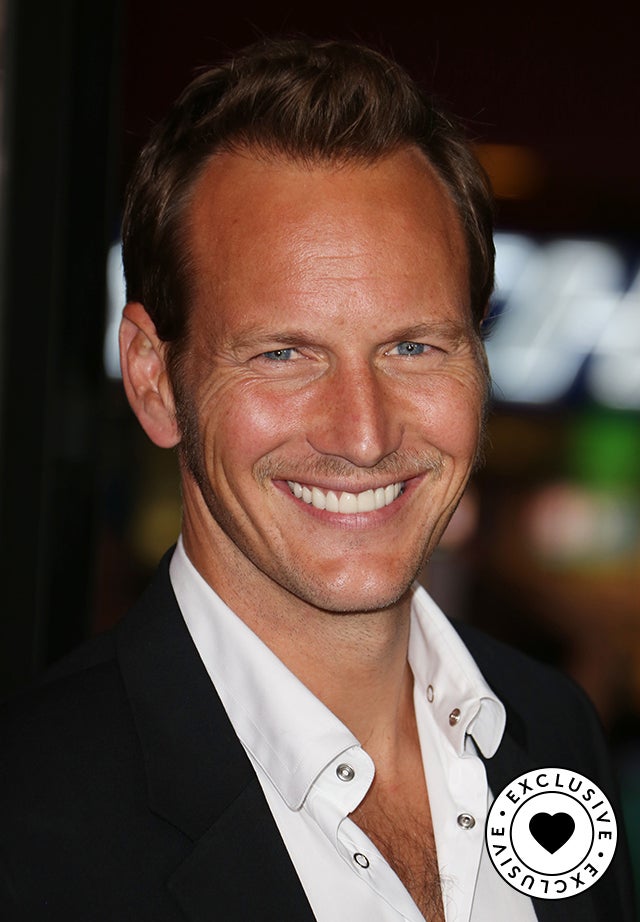 Patrick Wilson is having a horror moment. The actor has not one but two scream-flicks in theaters right now, both from the same director, though his roles could not be more different. In The Conjuring, Wilson plays a man trying to rid a house of demonic possession; for Insidious 2, he plays one of the possessed. And, considering his dreamy role in
Girls
, 2013 has seen the handsome actor stretching his acting chops across the full spectrum.

Speaking of that Girls episode — the one where Lena Dunham and Patrick Wilson's characters have a weekend affair never to be heard of (or spoken about) again — it sparked a healthy debate as to whether or not a man with that physique and lifestyle would ever go for someone like Hannah Horvath. Some claimed the whole episode was played out like a dream, while others felt it was an unnecessary episode in the series. Wilson, however, feels differently. Here, he chats with Refinery29 and muses on everything from his take on the polarizing episode, to using Tinder and New York's hookup culture.
Advertisement

You have two horror films out right now, Insidious 2 and The Conjuring. The former is more of a haunted house kind of story, and latter has the house factor, only with a heavier emphasis on possession. What are some other differences between the two?

“I think The Conjuring is a real throw-back. It’s set in the 70s, feels like a 70s movie, and is rooted in reality. It’s based on religion, and deals with the very palpable threat of possession; God and the devil make for some heavy issues. Insidious 2 is, in a strange way, a nod to 80s horror movies. There’s a supernatural element, a fantasy element, a time travel element, and melodrama. At times it leans towards camp — in a good way. I’m one of those actors that doesn’t shy away from melodrama; it’s not a bad word, and it’s heightened here. There’s a fantastical element to the whole thing. If you look at Insidious 2, The Conjuring, and compare it to Saw (another one of James Wan’s films), you couldn’t tell me they were all by the same director. They couldn’t be more different. Wan really went down a different path with Insidious 2. That’s what makes it fun. You’re dealing with another world, trying to figure out the fantasy nature of it. We didn’t really explore that in The Conjuring. The differences are plenty. And, certainly acting-wise, it’s different playing the possessed and playing the one trying to get the possession out.”

What have you learned from James Wan in regards to making a great horror film?

“Well, it’s all subjective; some people find this to be a lot scarier, others find The Conjuring to be scarier. I think, for me, it usually comes back to the story and character. You’re much more prone to jump and be frightened if you’re invested in the character, which is why when people are talking about classic horror movies, they’re talking about stories where you’re really lost in the emotion of the characters. Take The Shining for example; you see how his craziness affects his family and his marriage. Or, with something like The Poltergeist; you see the family dynamic shaken. That, to me, are the kinds of stories I like to get invested in. I like to care for the people, and that usually makes it scarier.”

With that said, how would you make a horror film for a generation that’s maybe seen everything already, thanks to the Internet?

“No, that’s not my thing. I gravitate towards James because at this point in our careers, we’ve done three movies together, and there’s so little blood in all three. That’s not my thing, and is probably why we get along. I like the practicality of it all, not using effects, more makeup, and more visceral experiences. I’d make more of a psychological horror film.”

Speaking of the visceral and dreams, can you speak to the Girls episode?

“I don’t think that episode was a dream. Why did people think it was fake? Is it because they couldn’t buy her with me? The people that say it was a dream is really a commentary on what they think is the type of man Lena’s character could get, or the type of woman my character would sleep with. Look, I’ve lived in New York for twenty years. When you’re in your twenties, maybe even your thirties, there’s a sense of being single and grasping at anything you can. Part of the beauty of this city is that there’s every shape and size of people here; you never know who could pop by. My character, oddly named Josh, too, didn’t have his life together. He didn’t know what he was doing, he was grasping at straws, wanting intimacy, and wanting to have fun. If you look at the context of the whole season, people thought her show was too white-washed and she wrote in a black Republican boyfriend. She writes in the older, all-American guy like me. That’s what your twenties should be! I look back and I can say I had some crazy times. That’s a part of living. For my money, that wasn’t a dream.”

For sure, Dunham was almost holding a mirror up to the notion of a hookup culture.

“Of course! It’s very strange. Someone was just showing me Tinder. Some of my gay buddies had been using Grindr, prior to my Tinder knowledge. I’ve been married for eight years, so I’ve been out of the loop for a long time. It’s very interesting to me. When I was single and dating, the idea of finding someone online was so taboo; no one would do that. Now it’s in the palm of your hand. It’s great! Whatever it is.”

Entertainment News
Migos’ Takeoff Denies Sexual Assault Allegations In New Sta...
Updated August 6, 2020: Takeoff has denied the accusations of rape made against him, calling the allegation “patently and provably false.” In a
by Ineye Komonibo
Pop Culture
Frank Ocean’s Younger Brother Ryan Breaux Killed In Car Acc...
Update August 6, 2020: Ryan Breaux’s mother, Katonya Breaux, publicly mourned the loss of her son on Instagram, after the 18-year-old was killed in a
by Natalie Morin
Voices of Disability
Say The Word: Disabled
One in four adults in the U.S. are living with a disability, but you wouldn’t know it given the lack of representation in the workforce, Hollywood, a
by Maysoon Zayid
Pop Culture
Hayden Panettiere Shares Abuse Hotline After Her Ex Is Arrested &...
Actress Hayden Panettiere’s ex-boyfriend Brian Hickerson was arrested on July 16 and charged with corporal injury on a spouse/cohabitant. Panettiere
by Natalie Morin
Entertainment News
A Body Has Been Found In The Lake Where Naya Rivera Went Missing
Update July 13, 2020: Ventura County’s investigation into the disappearance of Naya Rivera has led to the discovery of an unidentified body. Accordin
by Ineye Komonibo
Entertainment News
Police Are “Confident” They Have Found The Body Of Naya Rivera Af...
After days of actively searching for her body in Southern California’s Lake Piru, local police officers have confirmed that the body of Naya Rivera has b
by Ineye Komonibo
Entertainment
Actress Kelly Preston Dies At 57
At age 57, Kelly Preston has died. The Hollywood actress passed away yesterday after a two-year struggle with breast cancer that she and her family had dec
by Ineye Komonibo
Entertainment
Justin Bieber Denies Sexual Assault Allegations On Social Media
Days ago, Justin Bieber was accused of sexual assault in a now-deleted Twitter thread that detailed a harrowing encounter between the star and a fan in 201
by Ineye Komonibo
Entertainment News
Ansel Elgort Denies Allegations Of Sexual Assault In Apology To H...
Ansel Elgort has denied an allegation of sexual assault that appeared on Twitter last week. In it, Twitter user @Itsgabby accused the West Side Story actor
by Kathryn Lindsay
Entertainment News
Beyoncé Demands Justice In Passionate Letter As Breonna Taylor...
Your social media timelines may have resumed their normal activity following the trendy black squares, but the uprising against racism hasn’t lost an
by Ineye Komonibo
Entertainment News
California Sues Studios For Sexual Harassment On The Set Of Cr...
In a nearly unprecedented move, California’s Department of Fair Employment and Housing filed a lawsuit against the various studios behind CBS’ Crim
by Britni de la Cretaz
Entertainment News
Matt Lauer Responds To Rape Claim & Calls Out Ronan Farrow’...
Matt Lauer has reared his head for the first time since his 2017 #MeToo reckoning to speak out against Ronan Farrow and a claim made in his book Catch and
by Kathryn Lindsay
Discover
R29 Stories & News
Watch
R29 Original Series & Films
Shop
R29's Most Wanted