Skip navigation!
Story from New York
We fell in love with the fantastical, well-meaning Amelie when the movie came out in 2001. And now, 12 years later, the foreign film, which was nominated for five Oscars, is headed for the bright lights and the big stage — Broadway. Yes, composer Dan Mess confirmed via Facebook, "So not the best kept secret, but still I'm happy to announce that I've been commissioned to adapt the film Amelie for Broadway. The creative team includes Craig Lucas (book) and Nathan Tysen (co-lyrics). Can't wait to share it with you!" And, though Mess loves the movie's original score, he called it "very different" than what he plans to lay on theatergoers. He says, "I don't think I'm even going to use [an] accordion in my score." Well, he better hop to it because apparently, the first draft is due by Labor Day! What do you think? Will the musical adaptation earn just as many Tony nominations as the film did Oscar noms? Sound off in the comments below. (CBS News) 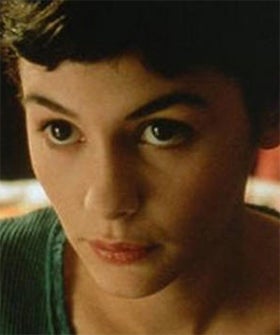 Photo: Via CBS News
TV Recaps
The Bachelorette Season 16, Episode 8 Recap: Let’s G...
On tonight’s episode of One Lady and Too Many Dudes, there were still too many dudes. Episode 8 of a normal Bachelorette season is hometown dates with th
by Lia Beck
The Bachelorette
Every Dude Who’s Left On The Bachelorette… For...
by Martha Sorren
The Bachelorette
Let’s Make Sense Of That Super Intense Bachelorette ...
Tayshia Adams’ journey to love is getting hella dramatic, and the promo for the Dec. 8 Bachelorette episode teased shocking information about several
by Martha Sorren
Entertainment
Pay Very Close Attention To These 4 Dudes On Tayshia’s B...
The last few episodes of 2020’s The Bachelorette featured some petty drama between the dudes, a few great kisses, and a number of starry-eyed guys wh
by Lydia Wang
The Bachelorette
The Bachelorette Will Be Chris Harrison-less For A Hot Minute
We’re officially Chris Harrison-less on The Bachelorette. The host announced during the Dec. 1 episode that former Bachelorette JoJo Fletcher would b
by Martha Sorren
Entertainment
Everyone’s In Love With Ivan From The Bachelorette
Anyone watching this season of The Bachelorette can confirm that it’s been harder than ever to determine a clear frontrunner: lead Tayshia Adams has chem
by Lydia Wang
TV Shows
The Bachelorette’s Eazy Reportedly Investigated After Se...
Right as The Bachelorette was kicking off season 16 in October, contestant Uzoma “Eazy” Nwachukwu, a former NFL player and sports marketing agent,
by Natalie Morin
Reality TV
Zac Clark Is A Total Bachelorette Frontrunner
Since Tayshia Adams took over the Bachelorette title, we’ve gotten to know many more of this season’s contestants. (In other words, men who are not nam
by Lydia Wang
Pop Culture
Celebrities Really Won’t Stop Throwing Birthday Parties Dur...
While the rest of us were told to stay indoors because we’re still in the middle of a deadly global pandemic, it seems like a lot of celebrities convenie
by Natalie Morin
Books & Art
26 Holiday Books That Will Bring A Little Joy Back To 2020
by Shannon Carlin
TV Shows
SNL‘s Season 46 Host Lineup Is Everything
With Saturday Night Live At Home now fully in the rearview mirror, the cast of the NBC comedy sketch series are eagerly anticipating their return to 30 Roc
by Ineye Komonibo
Pop Culture
Why TikTok Star Addison Rae’s New Movie Is Under Fire
The country is currently facing its biggest and most deadly wave of COVID-19 yet, but yes, Addison Rae, please go ahead and film your movie. The TikTok sta
by Natalie Morin
Discover
R29 Stories & News
Watch
R29 Original Series & Films
Shop
R29's Most Wanted