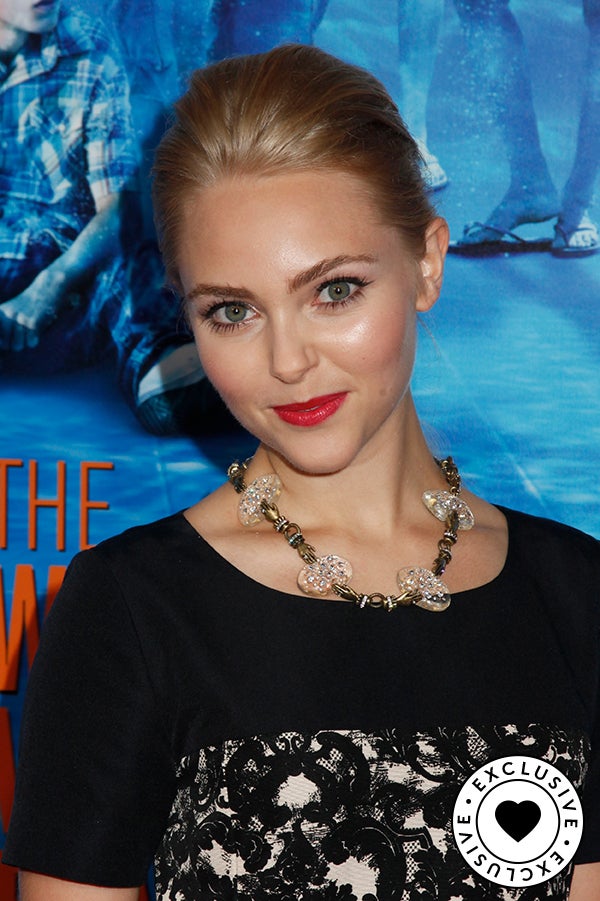 Having essentially come into her own in front of the camera, Robb is a prime example of young Hollywood done right. She's gone from starring in a McDonald's commercial to running around New York City in Carrie Bradshaw's iconic Manolo Blahniks in what seems like two leaps, and she's managed to keep a solid head on her shoulders, too. We hate to say "we told you so," but, hey, we told you so. With acting chops that give her staying power and a wit that shines in this summer's The Way, Way Back — AnnaSophia Robb is one of our favorite rapidly rising stars.
Advertisement
Unlike SJP, however, we've a strong feeling ASR won't be defined by Carrie Bradshaw. With a horror flick, a few dramas, and even a Tim Burton extravaganza under her belt, Robb's done more in her 19 years than most people do by the time they turn 50 — and she shows no sign of stopping. We consider ourselves lucky to have caught her just as she begins to break into the big leagues.

What was the best part about working on The Way, Way Back?

“From the moment I read the script, I thought, ‘Oh my gosh, it’s so well-rounded.’ All of the characters have such development — well, not Steve Carell’s character. They feel real, and they feel relatable. It was just so nice to see such well-written dialogue. I felt really good after I finished reading it. Our table read was so much fun. It was at Nat and Jim’s kitchen table. Being able to work with such talented, and happy, generous people was such a huge blessing. Nat and Jim are the bomb. I’m really excited to see the movies they make in the future ‘cause they’re going to be on the money every time.”

How big of a departure was it for you to play this character as opposed to playing Carrie Bradshaw in The Carrie Diaries?

Do you have any real Sex and The City likes?

“I love my Magnolia cupcakes and especially Jimmy Choo shoes. Just being in New York City, I feel like every woman thinks she’s a Sex and The City character. I mean everything from walking down the street, going out to dinner with your friends, or tripping over your heels — it’s all a New York moment.”

“He’s not intimidating at all. When I read the script and heard Steve Carell was playing this character, I thought it was going to be funny. But when I saw how he played it, I thought, ‘That is so the right way to play it.’ It’s not like the funny, mean guy; he’s just a person stuck in a rut. It was really fun to watch him perform. I didn’t have many scenes with him, so watching him film was great. He’s such a talented actor and a comedian. He’s also a gentleman. When I think of Steve Carell, I automatically think of a gentleman. He always opens the door for everyone in the room. One time Allison Janney came into a scene pretending to be drunk, and after a bunch of takes she just said, ‘Steve, do your laugh for me.’ You know that big Steve Carell laugh? It literally got everyone cracking up. Everyone is laughing because of this one guy doing this one, genuine thing.”

What’s the biggest take away from working on this film?

“It was just really wonderful to work with such an amazing cast. I want to do ensembles for every movie.” 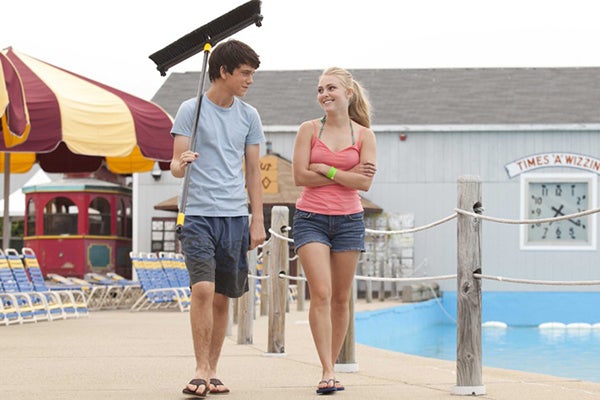 What’s next? What’s your goal?

“I just want to do projects I really care about, that resonate with me. It’s all about the stories, the characters, and the people involved. I’m doing The Carrie Diaries, and having a great time. We have an awesome cast, and an amazing crew — I love them. I’m planning on going to school eventually, but I’m really just trying to enjoy the moments.”

What would you major in?

“I’m not sure yet! Either history, or English…something in the humanities. I think a liberal arts education is important. I want to explore and grow into myself.”

What lessons do you hope Susanna teaches to teens her age seeing the film?

“That you’re not alone. I don’t think older people realize how much of an influence they have on younger people. I feel like everyone I’ve worked with has had such a huge impact on my life and how I chose to do my work now. I don’t think they have any idea — well, maybe a small idea, but I don’t think they realize how much they influence my life. I think that’s true in every situation whether you’re working at a water park or a restaurant. You look up to people because you’re trying to figure out how to grow up.”

“Before I filmed this, I went on a road trip with two of my friends. We took my grandparents' VW camper and went to a bunch of different national parks and camped. It was just the three of us in the west. We were up in the Grand Tetons, Yellowstone, Nevada, Yosemite, and even San Francisco. It was a fun senior year ‘Woo-hoo! We’re free!’ kind of trip.”

Advertisement
Entertainment News
Quibi CEO Meg Whitman: Advice To My 26-Year-Old Self
Meg Whitman is the CEO of Quibi, a mobile-only media technology platform bringing together the best of Silicon Valley and Hollywood. Headquartered in Los A
by Meg Whitman
Entertainment News
Tekashi 6ix9ine Granted Early Release From Prison Amid Coronaviru...
Daniel Hernandez, better known as rapper Tekashi 6ix9ine, was released from prison several months early in light of growing concerns over the coronavirus p
by Lydia Wang
Entertainment
It’s A Girl For Katy Perry & Orlando Bloom
A month after announcing her pregnancy, Katy Perry has more news: she and Orlando Bloom are expecting a daughter.  Though this declaration didn’t co
by Lydia Wang
Entertainment News
Logan Williams, Actor On The Flash, Dies At 16
Flash actor Logan Williams has died, People confirmed on Friday. He was 16. No cause of death has been released.  Williams portrayed a young Barry All
by Kaitlin Reilly
Entertainment News
Spain’s Red Princess, A Champion Of Women’s Rights & ...
The first royal has passed away as a result of coronavirus. Princess Maria Teresa de Borbón-Parma of Spain is the first member of a royal family to pass a
by Sarah Midkiff
Entertainment News
The Bachelor’s Ben Higgins Is Engaged Once Again
Almost three years after breaking off his engagement with Lauren Bushnell, The Bachelor’s Ben Higgins has announced a new engagement. After spending some
by Becca Rose
Entertainment
Lori Loughlin Seeks Dismissal Of College Bribery Case Over “...
Following claims that the FBI pressured “Operation Varsity Blues” ringleader William “Rick” Singer into lying about Lori Loughlin and Mossimo Giann
by Ineye Komonibo
Entertainment News
Vanessa Bryant Condemns First Responders Who Allegedly Shared Pho...
On Sunday morning, Vanessa Bryant posted an official statement on her Instagram condemning the alleged behavior of first responders who are rumored to have
by Moná Thomas
Entertainment
Where Are Gabriel Fernandez’s Guardians Now?
In the new Netflix true crime docu-series The Trials of Gabriel Fernandez, director Brian Knappenberger explores the devastating murder of eight-year-old G
by Ineye Komonibo
Entertainment News
Bachelorette‘s Chad Johnson Explains Arrest For Robb...
In a new Instagram video, former Bachelorette contestant Chad Johnson shared his side of the story on his recent arrest for robbery. Johnson talked directl
by Kaitlin Reilly
Entertainment News
Alyssa Milano: The Next Phase of the #MeToo Movement? Justice
Harvey Weinstein is a rapist. Not “alleged.” Not “accused of sexual misconduct.” Not “some women claim.” Weinstein walked into a Manhattan cour
by Alyssa Milano
Entertainment
“Mercy” Singer Duffy Says She Left Limelight After Be...
After an extended hiatus of over a decade, Welsh singer Duffy (real name Aimee Duffy) is explaining why she has been out of the public eye for so long. In
by Ineye Komonibo
Discover
R29 Stories & News
Watch
R29 Original Series & Films
Shop
R29's Most Wanted